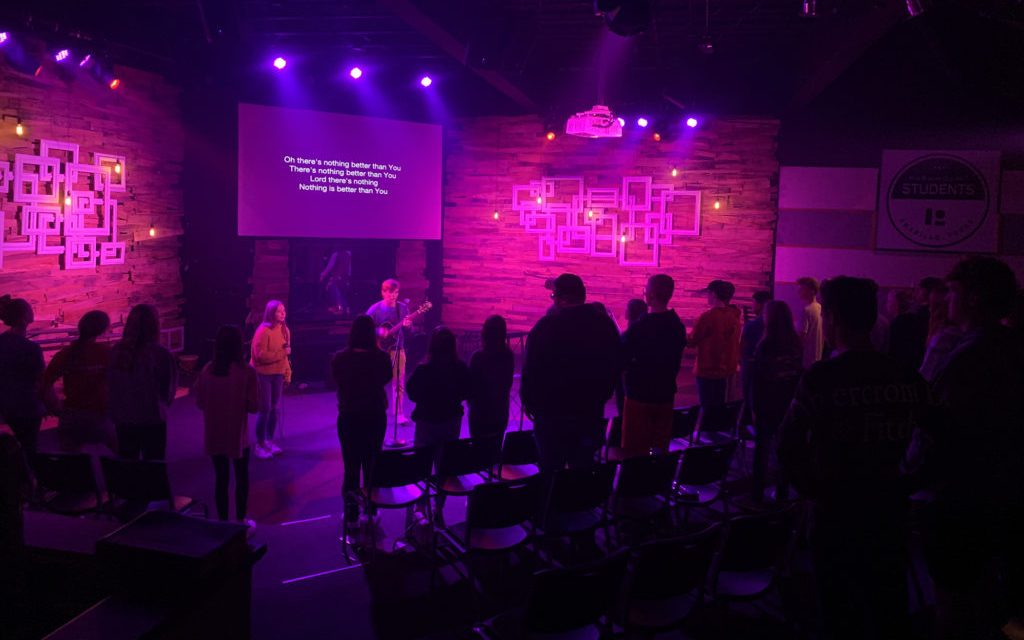 Above: Many observers of next generation ministry have noted a shortage of people called to minister to students and youth. Baptist Press photo

NASHVILLE (BP)—Richard Ross has decades of experience when it comes to student ministry. And today, he’s observing a troubling trend. 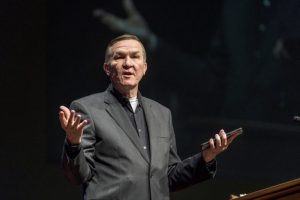 “My church celebrated and supported me in that decision” to enter student ministry, Richard Ross said. “I see that same dynamic happen rarely today.”

“I often hear from churches searching for student pastors,” said Ross, senior professor of student ministry at Southwestern Seminary. “It would be a joy to provide them with names of potential candidates. But the vast percentage of the time, I have no name to share.

Shane Pruitt speaks to thousands of students and their leaders in his role as National Next Gen director for the North American Mission Board. He agrees with Ross and went so far as to address it in a video in August.

“Almost every week I get phone calls from three to five local churches looking for youth pastors or college pastors,” he said. It’s always followed by asking if there is a shortage.

The subject isn’t relegated to the United States. “Churches are desperate for youth workers. So why can’t they find any?” asked a headline in Premiere Christianity magazine, based in the United Kingdom.

Various reasons arise. They aren’t paid nor appreciated enough. They don’t receive adequate training. They get tired of being asked when they’re going to move up to “real ministry.”

A common one is that there simply aren’t enough in the pipeline.

The church-planting emphasis over the last 12 years or so almost certainly led many young pastors to pursue that avenue who otherwise would have entered student ministry. Ross believes many seasoned student ministers remain in their calling, but in the role of next generation or family pastor. Those titles typically expand responsibilities beyond middle and high school to include children and college students.

“Student pastors entering midlife may see family ministry or next-gen ministry as a better fit for them.” Ross said.

Russell Jackson is family pastor at Chatsworth, Ga., Holly Creek, who made the transition to that position two years ago after serving as student pastor. He and others recently responded to questions on the topic in a private Facebook group for the Georgia Student Ministry Network. All gave permission for their comments to be used.

Jackson oversees kindergarten through college ministries at Holly Creek. Teams of volunteers work the children’s and student ministries, with Jackson focusing on collegians.

“Yes, it is a lot of areas to oversee, but I have great help and wonderful families,” he said.

Salaries can make it difficult to provide for your family, he said, “especially if they are moving into an area where houses are 60 percent more than what the average church member paid 30 years ago.”

Ross agreed. “We need to recognize that student pastors taking on new and even more important roles will need salary support,” he said. “They should not have to change jobs only because they cannot afford braces and trombones for their growing families.”

A perspective that student ministry is the “junior league” can also wear you down, Brantley said.

“Well-meaning people asked me all the time when I was going to be a ‘real’ pastor or made comments like it must be the life to play video games and go to schools and themes parks for a living,” he said. “Guys and other staff often got forgotten during pastor appreciation month, staff anniversaries, etc. It’s usually the senior pastor who’s remembered.”

Southern Baptist seminaries offer instruction that, even if it doesn’t explicitly say “student,” nevertheless includes training in church leadership or other areas that can be extended to student ministry. Ross still sees a problem, though.

“A growing number of SBC (Southern Baptist Convention) colleges no longer offer degrees or even specific courses in student ministry,” he said. “The majority of SBC seminaries no longer have fulltime faculty teaching student ministry. Almost all state conventions have reduced the number of staff that are out training future and current student pastors. The same is true in the SBC agencies.”

He also pointed to “a muted focus” on calling teens and collegians to vocational ministry, citing what he admitted was anecdotal evidence of fewer sermons, altar calls and Bible sessions dedicated to such callings. “My church celebrated and supported me in that decision,” he said. “I see that same dynamic happen rarely today.”

There is evidence for a return to identifying and training the next crop of student pastors.

“I am so thankful that the messengers to the 2021 SBC Annual Meeting affirmed a Vision 2025 goal in this direction,” Ross said. Strategic Action 3 in Vision 2025 specifies “calling out the called” and increasing the total number of workers in the field.

“We need senior pastors to articulate from the pulpit how strategic and valuable the calling to be a student pastor is today,” Ross said. “We need parents sensing pride when a child of theirs hears God’s leadership in that direction.”

That responsibility also rests on those who should have the strongest clarity on the need for student ministers.

“Those leading our seminaries, colleges, state conventions and agencies are becoming aware that the future of our churches, and even the denomination, depends on our ability to evangelize, baptize, disciple and send out the next generation,” he said.

“That sobering realization should lead to increasing, rather than decreasing, those who are training and supporting student pastors.”