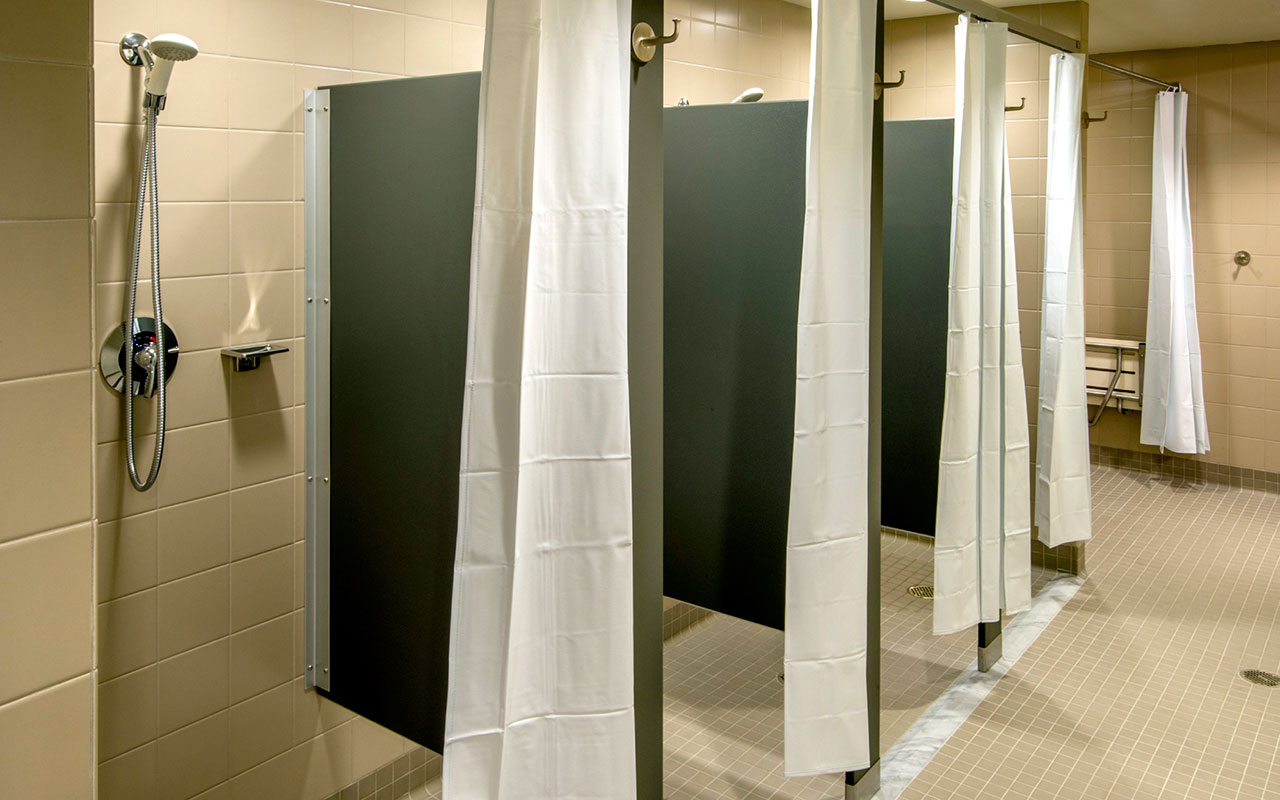 WASHINGTON (BP) — The Obama administration directed public schools and universities today (May 13) to permit transgender students to use restrooms and locker rooms corresponding to their gender identity instead of their biological sex.

Ronnie Floyd, president of the Southern Baptist Convention, described the federal guidance as “an outrageous attack on our Creator Himself, human sexuality and morality, and an advancement of the attack against religious freedom.”

“Gender is not fluid … but a gift from God to each of us,” Floyd said in written comments for Baptist Press, adding the directive “contributes to the continual chaos in our society.”

“This is a flagrant and despicable attack on not just the present generation, but also the next generation,” Floyd said. “Every Christian in America or anyone who has any conviction about morality needs to rise up and say, ‘Enough is enough!'”

Russell Moore, president of the Southern Baptist Ethics & Religious Liberty Commission, described “the decree from the Obama Administration [as] a stunning misuse of power.”

“Children are not pawns of the state, to experiment with on behalf of the latest fashionable ‘right side of history’ cause,” he said in a written statement. “Christians must continue to insist that the worldview of the Sexual Revolution harms men and women, and advocate for the inherent dignity of all.”

Frank S. Page, president of the SBC Executive Committee, called the directive “an obvious attempt to obviate the will of the people to accommodate an agenda [President Obama] has sequentially followed since his election.”

“In one inappropriate and most likely illegal action, he has put children at risk and bears sole responsibility for any child harmed as a result of this order,” Page said in a written statement for BP. “My hope and prayer at this point is that somehow the Supreme Court might recognize the inappropriateness of this action. God help us all!”

Messengers to the 2014 Southern Baptist Convention approved a resolution regarding transgender identity that “affirm[ed] God’s good design that gender identity is determined by biological sex and not by one’s self-perception.” The resolution “regard[ed] our transgender neighbors as image-bearers of Almighty God and therefore condemn[ed] acts of abuse or bullying committed against them.”

The resolution also said, “We invite all transgender persons to trust in Christ and to experience renewal in the Gospel.”

Estimates of the U.S. transgender population vary. The Williams Institute’s estimate that .3 percent of the population identifies as transgender suggests at least 950,000 Americans perceive their gender identity as not matching their biological sex.

The Obama administration guidance — which came in a letter signed by officials with the Departments of Education and Justice — does not have the authority of law but implicitly threatens the loss of federal aid if a school does not obey.

The letter says a school’s duty under federal law “to ensure non-discrimination on the basis of sex requires schools to provide transgender students equal access to educational programs and activities even in circumstances in which other students, parents, or community members raise objections or concerns. As is consistently recognized in civil rights cases, the desire to accommodate others’ discomfort cannot justify a policy that singles out and disadvantages a particular class of students.”

Regarding sports, the letter says a school is allowed to sponsor sex-separate teams when membership is based on “competitive skill or when the activity involved is a contact sport.” A school is not permitted, however, to enact requirements “that rely on overly broad generalizations or stereotypes about the differences between transgender students and other students of the same sex (i.e., the same gender identity) or others’ discomfort with transgender students.”

The letter to school districts is the latest step in the Obama administration’s promotion of transgender rights and goes along with its argument that Title IX of the 1972 Education Amendments, which prohibits sex discrimination, also protects transgender individuals. That issue, however, has not been settled in the courts, and Title IX makes no explicit mention of gender identity.

Last year, the administration required a suburban Chicago school district to allow a male transgender student to use the girls’ locker room. It sued North Carolina May 9 because of a new state law that requires individuals in government buildings to use restrooms corresponding to the sex on their birth certificates rather than the gender with which they identify.

Texas Gov. Greg Abbott voiced his support for North Carolina Gov. Pat McCrory — who responded to the federal government’s position with his own suit — during the general session of the Texas GOP Convention May 12 in Dallas. “I am working with the governor of North Carolina and we are going to fight back,” Abbott said to thunderous applause.

Later in the day, Abbott tweeted his opposition to the Obama administration’s transgender directive. “I announced today that Texas is fighting this. Obama can’t rewrite the Civil Rights Act. He’s not a King,” he tweeted.

On May 10, Texas Lt. Gov. Dan Patrick called for the removal of Fort Worth’s superintendent of schools after he issued guidelines for transgender students. Kent Scribner “placed his own personal political agenda” before students, Patrick said.

The impact of the Obama administration’s sweeping declaration — which was accompanied by a document providing examples of school policies and practices which already support transgender students — remains to be seen in the presidential race.

Donald Trump, the presumptive Republican nominee, did not directly criticize the transgender order in a May 13 appearance on ABC’s “Good Morning America.”

When asked if he opposed the directive, Trump said, “I just think it should be states’ rights.”

Both Democratic candidates — Hillary Clinton and Bernie Sanders — are on record in support of transgender rights.

The new directive may cause some parents to reconsider whether their children should remain in public schools. Some have speculated that Christian and other private schools, as well as some homeschooling co-ops, may experience sudden interest from public schooling families. A request for comment from the Association of Christian Schools International was not returned prior to BP’s publication deadline.

In other comments regarding the transgender directive:

“This radical directive is a heavy-handed, unconstitutional overreach in order to force Americans to pretend that some boys are girls and some girls are boys,” Burk said. “It is absurd and wrong. And I wonder if this may not be a bridge too far even for people who are otherwise liberal.”

— Andrew Walker, the ERLC’s director of policy studies, said the country has entered “a world of groupthink.”

“This policy is going to require active suppression of the view that men and women are intrinsically different and complementary,” Walker said. “Official government policy is now denying that there’s anything unique or objective about our biological sex because it is superseded by the authority of psychology and self-description.”

— Gary Ledbetter, editor of the Southern Baptist TEXAN newsjournal, called the Obama directive “a political decision based on almost no science, little history and scant legal authority. He will get away with it unless we in flyover country just say ‘no,'” which would involve resistance from governors, state attorneys general, school districts and parents.

— Jim Denison, head of the Denison Forum on Truth and Culture and a former Southern Baptist pastor, said the directive “unnecessarily imposes federal authority” when alternatives exist. “A transgender student could be provided a single-stall bathroom or private-use shower,” he said. “Transgender advocates will claim that this approach violates these students’ civil rights. But what about the civil rights of students who are not transgender?”

— Jeremy Tedesco, senior counsel for Alliance Defending Freedom, said, “Solutions exist to accommodate everyone without violating anyone’s privacy rights, but the administration won’t entertain those solutions because of its preference to unlawfully impose its political will through threats and intimidation.”

— Chad Griffin, president of the Human Rights Campaign, the country’s largest organization advocating for lesbian, gay, bisexual and transgender rights, said it is a “truly significant moment not only for transgender young people but for all young people, sending a message that every student deserves to be treated fairly and supported by their teachers and schools.”