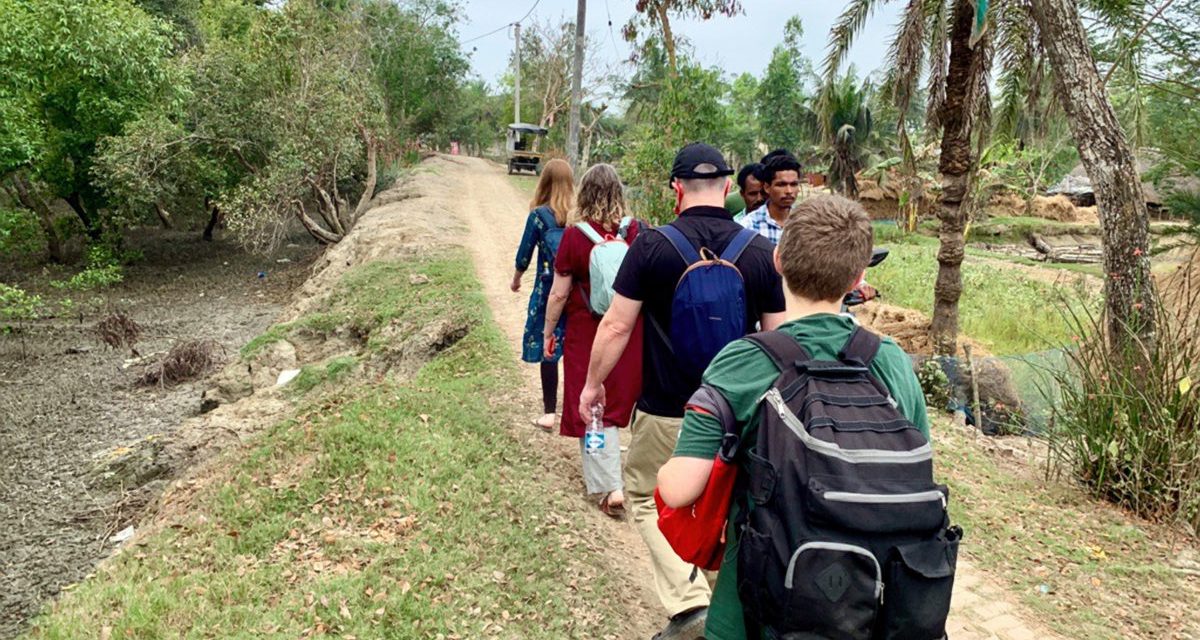 Above: Skip and Kim Meyer* walk with their family to research ways to gain entry to a remote area for ministry among the South Asians. * Names changed for security

EDITOR’S NOTE: This year’s Week of Prayer for International Missions in the Southern Baptist Convention is Nov. 28-Dec. 5, with a theme of Together. The theme parallels the Lottie Moon Christmas Offering for International Mission’s theme of Let’s Advance God’s Kingdom Together. The offering provides a significant portion of the IMB’s annual budget and 100 percent of the funds go to mission work on the field. Gifts to the Lottie Moon offering are received through local Southern Baptist churches or online at IMB.org/lmco, where there are also resources to help promote the offering. This year’s goal is $185 million.

International Mission Board (IMB) workers Skip and Kim Meyer* have spent their lives on two very different mission fields but with the same purpose: giving hope to people who need it and equipping others to do the same. 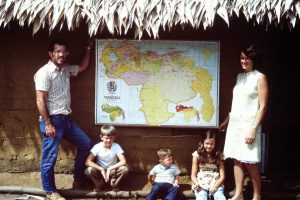 Former missionaries stand in front of a map of Venezuela with their three children. One of their sons, Skip Meyer*, now serves in South Asia. His knowledge of Latino culture and the Spanish language enables him to mobilize Hispanics and Latinos to serve countries in South Asia that have a desperate need for the Gospel.

The Meyers moved to South Asia in 2004 with the desire to plant their lives in an area with a great need for the Gospel. Their lives on the mission field started, however, in South America where they grew up as friends—each the child of missionaries. After they married, they knew continued service in international missions was their calling.

“We considered ourselves willing to go to hard places where many others might not want to go,” Kim said. “God confirmed in little ways here and there that South Asia was where He wanted us. It has the greatest concentration of lostness on the planet, and it’s our privilege to serve here.”

The region’s 1.7 billion people occupy an area less than half the size of the U.S. God is using Skip and Kim’s knowledge of the Spanish language and Latino culture to mobilize Hispanics and Latinos to serve countries in South Asia that have a desperate need for the Gospel. 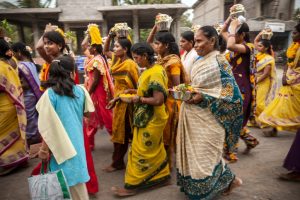 South Asia has the greatest concentration of lostness in the world. The need for more Christian workers is great.

As the Meyers have gone to some of the least reached areas of South Asia, they’ve ministered alongside and trained Hispanic and Latino Christians who are committed to seeing the Gospel reach regions it has never been before.

Skip says it is a joy to see them being obedient to God’s call to share the Good News in South Asia. The Meyers are strong advocates of the mobilization of churches from Spanish-speaking cultures.

The Meyers frequently host training events for Hispanic volunteers and long- and short-term workers. Skip says that leading them to become faithful and effective long-term missionaries is a goal.

Skip and Kim said the impetus for their partnership and mobilization of Hispanics and Latinos came through a connection with Hispanic Southern Baptists from Chicago who came on multiple short-term trips. The Lord also facilitated a connection with a short-term team from South America who traveled to South Asia to serve around the same time.

“These short-term teams resulted in long-term teammates who are still with our region today,” Skip said.

Antonio Morales* joined one of the volunteer teams from Chicago and stayed several weeks longer before returning to the U.S.

“This was pivotal in his decision to follow the Lord to South Asia. He went back, convinced his wife Ana*, and the rest is history,” Skip said. Antonio and Ana are now strategy leaders with the IMB.

*Names are changed for security.