‘Weakened witness’ stayed on mission to the end 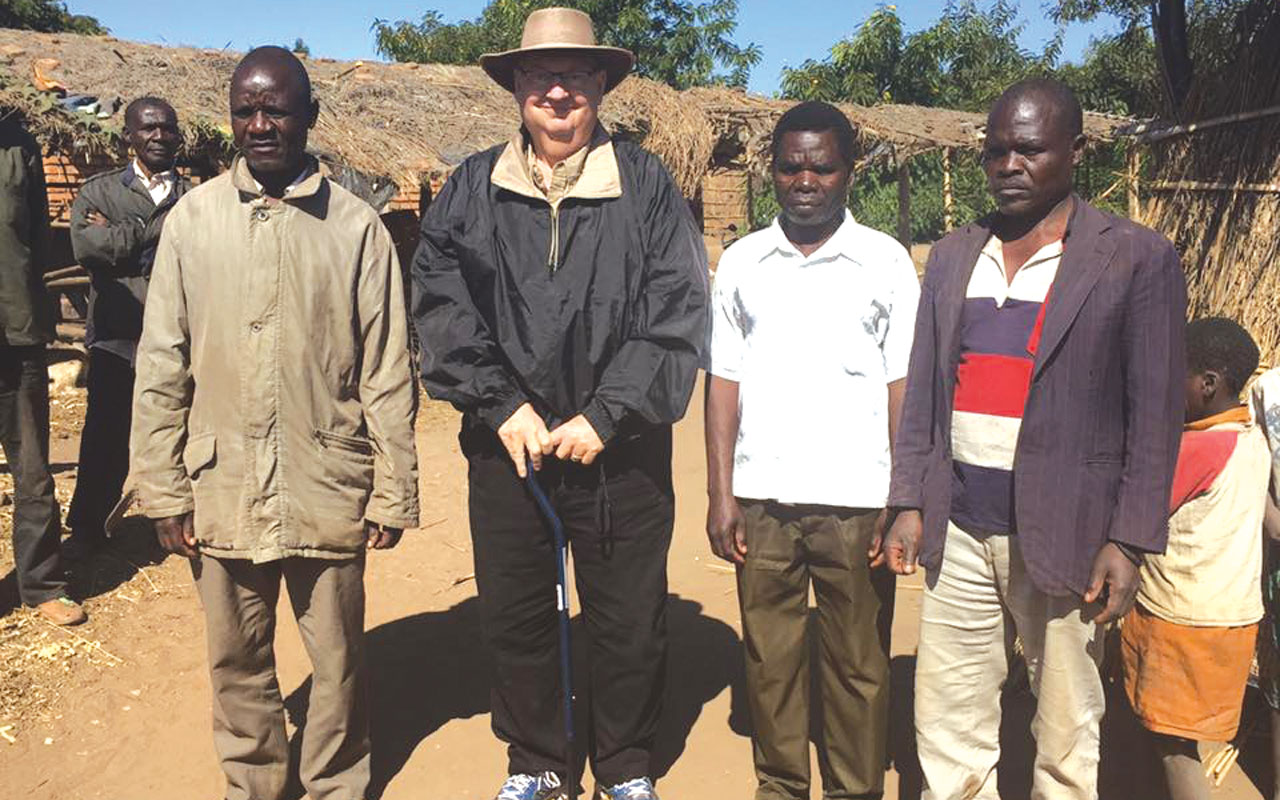 Michael Vallindingham, pastor of Bartlesville, Eastern Heights, assists Koonce out of a vehicle so he can preach.

Paul Koonce was weak and exhausted. Barely able to stand, it took two assistants to get him from the truck and into Avant Baptist Church at Chifunga in Malawi, Africa. Unable stand on his own, he sat up straighter and grew stronger as he began to preach. Through Charles Malekano, his favorite Chichewa interpreter, he began to tell the people gathered the story of Job.

As the director of missions for Washington-Osage Association in Bartlesville, Koonce led 20 trips to the tiny east African nation. Along with pastors and students in the association, he helped plant 85 churches there, and saw thousands come to faith in Christ. Though he was diagnosed with liver cancer last fall and was severely weakened by chemotherapy, it was a priority for him to return to what he thought of as his second home. His doctors reluctantly cleared him to make the trip, and on May 29, he and a team of 14 set off on the journey across the Atlantic.

As Koonce began to speak at Chifunga, Michael Vallandingham, pastor of Bartlesville, Eastern Heights, where Koonce was a member, whipped out his iPhone and began videoing what he felt might end up being the man’s final sermon.

Koonce smiles after preaching again in the country he has loved for the past 18 years.

“Job told his friends, ‘I don’t know why this is happening to me, but I know God is faithful and that I can trust him,’” Koonce told the people sitting on the hot, dusty floor of the church. “He continued to get sicker, and more problems came to him. His friends told him he might as well curse God and die. Then Job said this—and this is very important—‘even though He slays me, yet I will trust in Him.’ No matter what situation we may go through, we should not lose our faith.”

“It was like he was getting to preach his own funeral,” Vallandingham said.

Koonce guessed it would be his final trip to Malawi. Though he was adamant he was not giving up and planned to return home and continue battling cancer, he knew God may have other plans.

“I’m heading to Malawi as a poor, weakened witness, and if I don’t return, I’m going home to see my Savior,” Koonce wrote in a letter to friends before his trip. “This battle with cancer is the biggest storm I have faced, but I am at peace and confident that the anchor that has sustained me all my life will continue to hold, no matter what comes. I believe The Anchor will continue to hold until I complete His will.

“It’s God’s call and my response to a lifetime of blessing from God,” he continued. “I can do no less. I’m praying for a good trip and all will go well, but if not, it is an honor to give my life serving Him. This is not a light decision nor a foolish choice. This is my obedience to the Lord.”

The anchor did hold, but Koonce grew weaker as the trip went on, and he had to be carried up the stairs to board the plane home. Once back in Bartlesville, he continued to get weaker. He was in and out of the hospital a few times, but never fully recovered from the trip. He died at home July 10 a month shy of turning 62. Three days later, before a crowd of 500 people, his wife, son and daughter asked that the video of him at Chifunga be played. He did indeed get to preach at his own funeral.

It was a fitting capstone to a ministry that lasted 40 years. After graduating from seminary, Koonce pastored at Washington, First, and Durant, Calvary before accepting the call as Washington-Osage’s director of missions in 1998. He led the association to Malawi the first time as part of the Baptist General Convention of Oklahoma’s (BGCO) partnership, but instantly fell in love with the “Warm Heart of Africa,” and continued going long after the official partnership ended. He led mission trips to Leon, Mexico and other locales, but it was Malawi that captured his heart.

“I never dreamed that God would grant me the privilege to share the Gospel in Africa,” Koonce wrote in his letter. “Malawi completely captured my heart. Over the past 18 years, God has allowed our association to plant churches, send men to seminary, provide education for key leaders, provide food in times of famine, establish two feeding centers for widows and orphans, and see thousands truly saved and baptized in a stream, Lake Malawi, or a muddy puddle.  It has been an honor to be part of each one.”

The love was mutual. At least three churches in Malawi held simultaneous funerals, and Malekano, Koonce’s interpreter for 18 years, sent a letter to be read at the “official” funeral. 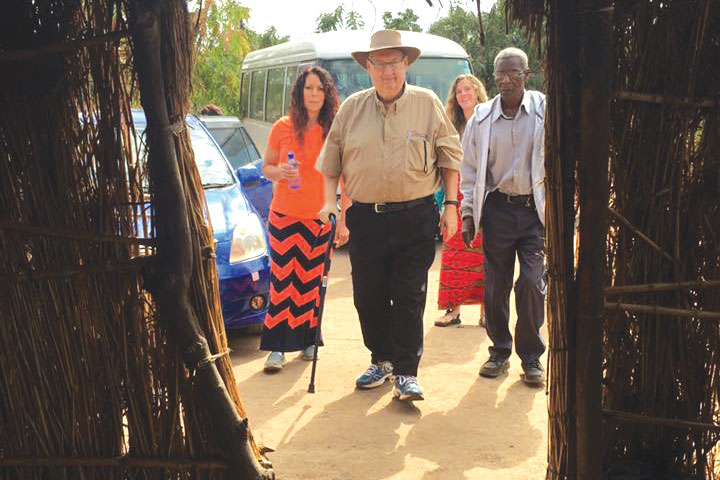 Despite having battled liver cancer since last Fall, Koonce completed his 20th mission trip to Malawi, helping to plant 85 churches there and seeing thousands come to Christ as a result.

“Paul was not just a friend, he was part of our family; we shared ideas and plan to gather, how we can serve the Lord in Malawi,” Malekano wrote. Malawians will remember him . . . Paul Koonce counted lost people more important than himself up to the last time of his life.”

Koonce’s reoccurring presence in Malawi made him somewhat of a celebrity there, and the news in October that he was sick and might not be able to return spread quickly throughout many churches. One group dedicated themselves to praying for his healing once a week on top of a mountain. Three chieftains at the base of the mountain observed the constant praying, and began asking questions; they were curious about to the Gospel, but said they wanted to hear it from Paul Koonce himself.

“These chiefs represent hundreds of their people who refuse to hear the Gospel unless I come and share it,” Koonce wrote in his letter. “This is why I must go. God has called me to go. The people have been so faithful to pray for me, and I must honor their prayers and go share with those who do not know God.”

He met with them, and in answer to prayer, each of the three chiefs accepted Christ and gave permission for churches to be planted in their villages.

“It was a honor to get to be with him on his last trip to Malawi,” Vallandingham said. “It was hard. Why would someone leave his family and modern medicine while he was fighting cancer? I wondered if he really understood the risk he was taking. But God allowed him to go through that difficult time for more than nine months to help us be strong in our faith. When part of the team he brought to Malawi went to the mountaintop, Paul was with me at the bottom of the mountain he cried; he cried for us, not for himself. He kept saying, “God is good all the time.”