Walking by faith, not by sight 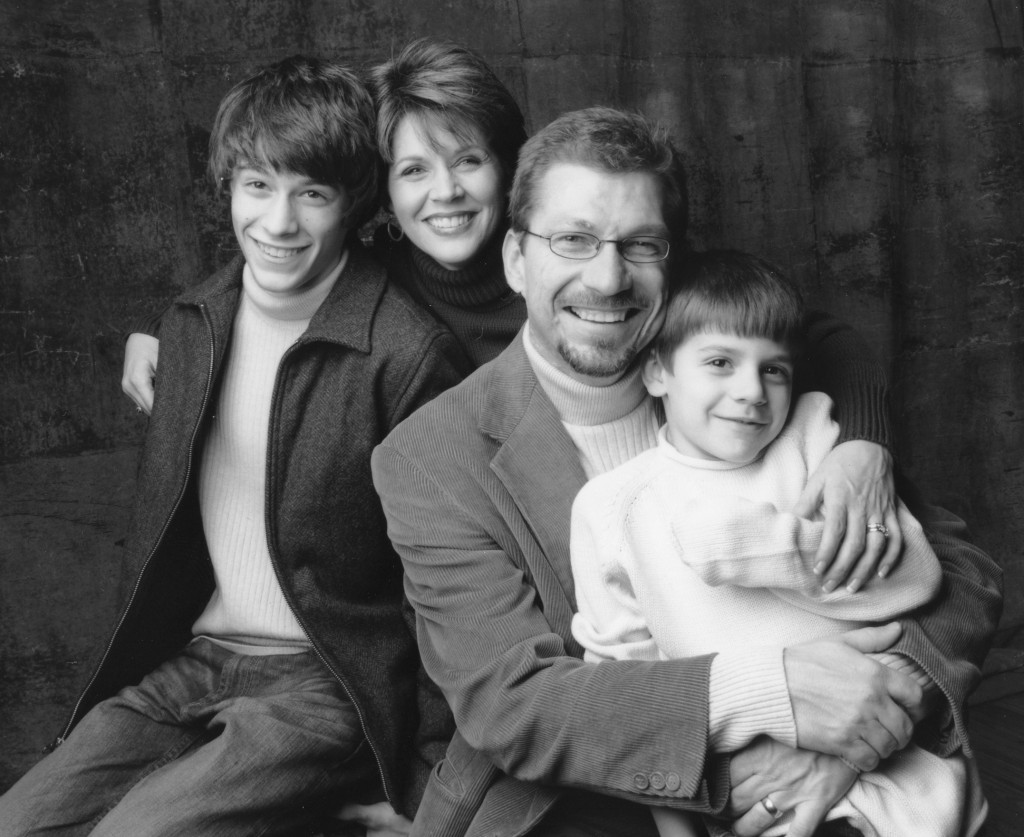 Jennifer Rothschild says she has, in the words of many televangelists, “named it and claimed it.” “I name it Grace and I claim it as Faith,” said Rothschild, 44, who was diagnosed with a disease that causes blindness when she was 15. “What God has allowed in my life is, I believe, an act of great mercy,” said Rothschild. “God, in His benevolence, allowed us to have free will. That doesn’t mean that if a person has a disease it’s because of sin. I choose to look at that difficulty, that human suffering as an opportunity to be more acquainted with God.”

Rothschild will be one of the featured speakers at the Oklahoma Ladies’ Retreat April 11-12 at Falls Creek Baptist Conference Center.

When Rothschild was diagnosed with retinitis pigmentosa, a disease that causes the retinas to deterioate very quickly, she said all she remembered from the doctor’s explanation was the word “blindness.”

“There are words that hurt, words you never expect to be your own word,” she said. “When you have to embrace them, they seem to fall to the deepest part of your soul, and they scrape everything you once were sure of and lost-it leaves you totally insecure.”

Rothschild said she has lived in physical darkness longer than in physical light, and the beautiful thing is that she can say with complete unshakable peace that it truly is not well with her circumstances because she cannot see, but it really is deeply well with her soul.

“That’s what I want people to read when they look into my life story,” she emphasized. “That’s what I want women to experience when they come to the Oklahoma Ladies’ Retreat-this recognition that we can’t always change our situations, but we can change out attitudes. We can’t change what occurs in our lives, but we can change how we chose to react to it and we cannot always change the fact that it’s not well with our circumstances, but we can be freed up from our circumstances and recognize that it can be well with our souls.”

She said she doesn’t understand why God allows certain things, but what she has learned to do is embrace they mystery of why God allows those hard things.

“I find He doesn’t always answer the question, but within the mystery, what He does is allow for a deeper relationship with Himself,” she noted. “And that is far more satisfying than having questions answered.”

Rothchild has not let her challenges stop her. She is a best-selling Bible study author, whose work is in more than 5,000 churches. She’s been the featured guest speaker on Women of Faith and she’s been on the cover of Today’s Christian Woman, Home Life Magazine, Virtue, Becoming Family, Power of Living and Studio G. She’s also been a guest on “Dr. Phil” and “Good Morning America.”

Rothschild said on the way home from the doctor’s office after the diagnosis, there was silence in the car among her and her parents.

“My dad also happened to be my pastor, and as his knuckles gripped the steering wheel, I can only imagine what he was praying,” Rothschild recalled. “My mother was silent, and I also can only imagine her tears, her fears.”

Rothschild said she believes the burden parents carry for a child is much heavier than the burden that child actually carries.

“When I was granted the opportunity to experience blindness as a 15-year-old, I received a hard, heavy burden, but with that burden, God granted the grace to carry that burden,” she said. “But the Momma and Daddy who have wept over what their child is experiencing, have also been granted grace.

Rothschild said, although this isn’t in the New Testament, it is her understanding of how she’s seen grace show up.

“I believe the person who is granted the burden to carry something like blindness or deafness, is granted what I call ‘participant grace,’ she explained. “It’s the grace adequate to carry the burden, but the mom, who has to watch, who cries those silent tears and wishes it would go away and prays it could be her instead of her baby, that mom is granted ‘spectator grace.’ It’s just enough grace to watch, and it never feels like it’s sufficient.”

But, Rothschild, who is the mother of two sons, ages 18 and 9, urged, never assign the depth of despair you feel as parents for that child to that child.

“Trust that God’s grace is sufficient to carry that baby and to meet that child’s needs,” she said. “I know He has done that for me, and I know He will do it for every person He entrusts with a burden.”

She added that if a mom or a dad has been entrusted with a child who has to carry a heavy burden, know it’s because God trusts them, and He believes they have the extra measure of tenacity, of faith, of loyalty toward Him that is required to be the one who actually enables that child to reach their full potential.

Rothschild said Jesus allowed human sorrow to enter into Himself, and therefore, He was able to comfort.

“When we begin to bear other people’s burdens, ours become lighter,” she said. “When someone is really struggling with a trauma, one of the things people say in an attempt to be helpful is, ‘If there’s anything I can do, give me a call.’ They rarely call. The best thing you can do is say, ‘I am making extra spaghetti sauce. I will be at your house at 5 and bring you dinner.’ Or, ‘What can I pick up for you at the store?’

Rothschild said she is convinced if God’s greatest provision came in removing us from difficult circumstances, that’s what He would do.

“I believe it’s God’s greatest kindness to acquaint us with our own weakness as we struggle in the wilderness, as we feel a little bit of hunger, just so we can realize where our real satisfaction comes from,” she said. “And that is God alone.

“Jesus said He will never leave us nor forsake us,” she said. “When we begin to evaluate our faith more highly than our feelings, we begin to be acquainted with the reality of what it really means to not live by sight, but to live, truly, by faith.”

Also on the program for the Ladies’ Retreat will be Marian Jordan, founder of Redeemed Girl Ministries in Houston, Texas, and Marcy Priest, worship leader from Oklahoma City.

The retreat begins with registration at 3 p.m. Friday and continues through lunch on Saturday.