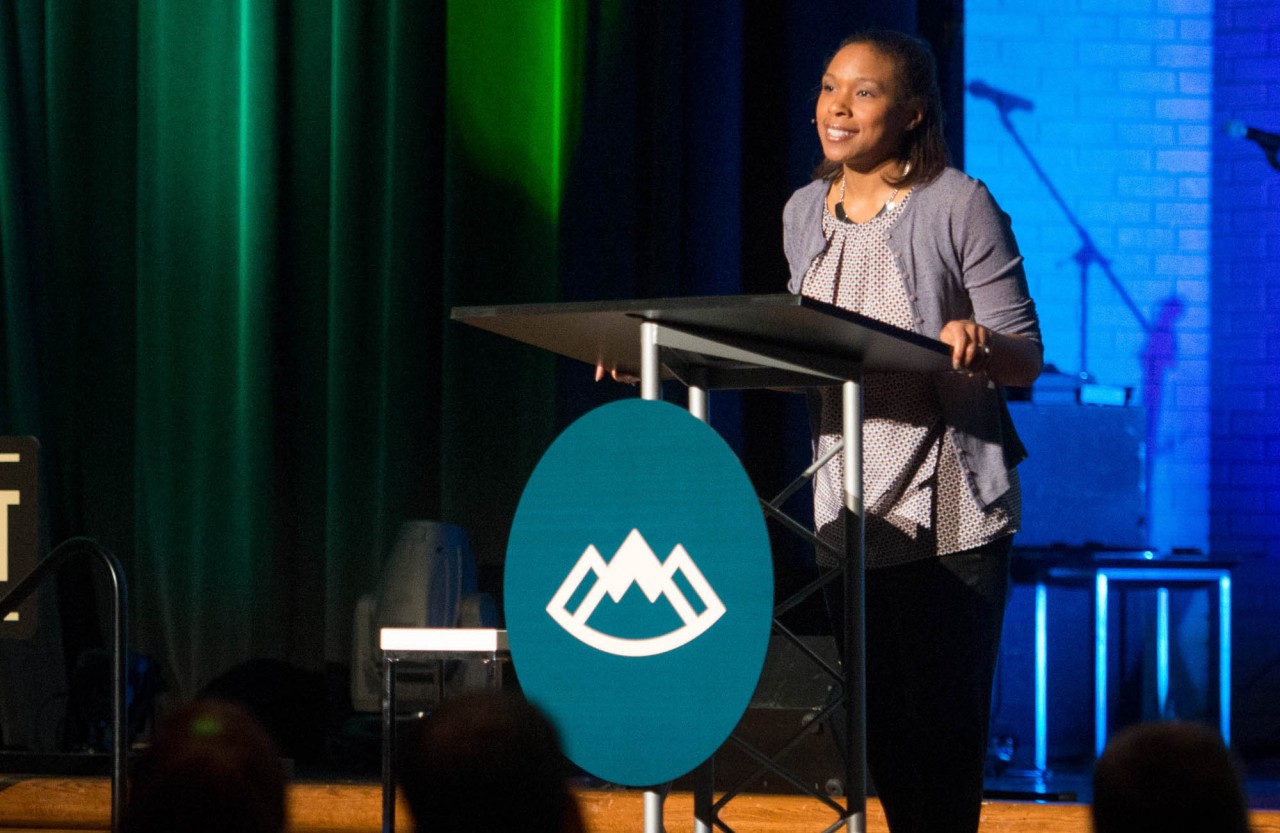 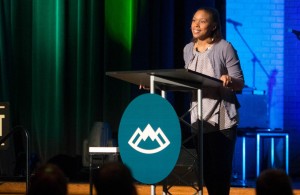 NASHVILLE (BP) — Racial reconciliation in the church calls for a strong view of the image of God in all people, a deep commitment to understanding others and an intentionality in achieving diversity, speakers said on the second day of a Southern Baptist-sponsored leadership summit.

Black, white, Asian and Iranian pastors and leaders addressed racial disunity Friday (March 27) during the event conducted by the Ethics & Religious Liberty Commission (ERLC) in Nashville. After several presenters March 26 focused on the centrality of the Gospel of Jesus in solving racial divisions, speakers on the final day provided further application of the Gospel to the issue.

Christians must see the image of God in all people without minimizing their differences, African-American speakers said.

Jesus “gave me Himself,” author and ERLC staff member Trillia Newbell told the audience. “But what He didn’t do was strip me of my brown skin. He has created me in His image.

Recalling a Christian who told him, “I don’t even see you as black,” Lee said the comment was unhelpful, though he appreciated what his friend was trying to say.

“Experience matters,” Lee said. “You cannot love others if you dismiss or ignore their experience.”

The experiences of blacks in the United States are different than those of whites, he told attendees. Some Christians carry burdens other Christians do not, he said.

“How can I possibly bear my brother’s burdens if I don’t know what his burdens are?” he asked, adding, “Understanding one another helps us to love one another.

“We have to seek that understanding, and only the Gospel can produce the kind of sacrificial love that labors to do that.”

Anyabwile, the pastor of newly planted Anacostia River Church, addressed the image of God in His original creation, in its “distorted reflection” when sin entered the world, in the re-creation of sinners in God’s image through the work of Christ and in the final image-bearing in the glorification Christians will experience upon Jesus’ return.

Racial reconciliation “must begin with our learning the habit of seeing each other as together made in the image of God and therefore possessing inestimable, unfathomable dignity and worth and preciousness,” he said.

Christians “have to take seriously the seriousness of sin,” Anyabwile said, adding racial reconciliation “can’t be done by people who deny original sin and who deny the depth of depravity.”

“If racism does not exist, it will be the first sin produced by the fall that was completely cured apart from the Gospel,” Anybwile said. “We’re only practicing self-deception if we think racism has vanished or we think it has just vanished from our hearts. No, the potential for it lurks” in every person’s heart.

Reconciliation among Christians of different skin colors and ethnicities requires the renewal of their minds, he said. The race issue is “one of the most underdeveloped areas of Christian discipleship in the United States,” Anyabwile said, pointing to a lack of Sunday School curriculum, Bible studies and accountability questions on the subject.

Fred Luter, the Southern Baptist Convention’s first African-American president, asked attendees if racism among Christians is the reason worship in heaven is not reflected in the American church. He preached from Rev. 5, which describes worship of the Savior who has redeemed people from every tribe, language, people and nation.

“That is the way it was intended when God created the church, and that is definitely the way it is going to be when we all get to heaven,” he told the audience.

“The church should be Exhibit A” for “racial reconciliation in the kingdom of God,” said Luter, pastor of Franklin Avenue Baptist Church in New Orleans.

“How can we say that we love God, whom we’ve never, ever seen, yet hate our brothers and sisters that we see every day?”

Pastors are pivotal in achieving racial reconciliation in churches, ERLC President Russell Moore said. They need to pray, preach and equip church members “to start being on mission together,” he said.

“Sometimes that doesn’t mean coming in and answering all of the questions,” he said. “It means preaching and discipling in such a way that your people will start to ask the right questions and then to be able to move together and to work together on those things and to recognize you are going to make mistakes.”

Jim Richards, executive director of the Southern Baptist Convention of Texas, said Christians must repent of racism, pray for Gospel oneness and act intentionally. The SBTC is conducting its “Look Like Heaven” emphasis to foster racial unity.

“There is no silver bullet” to racial reconciliation, just a process, he told attendees.

“[I]f we are not seeking to help our churches and help our convention and help our organizations and neighborhoods to look like heaven, then we are failing a biblical mandate,” Richards said. “It is the Gospel that brings about racial reconciliation.

“We have to be intentional. … Intentionality means we need to get out of our comfort zone and engage those whom we perhaps don’t know.”

Lee included the following in his suggestions for fighting for reconciliation and unity:

Newbell, the ERLC’s director of community outreach, expressed five desires for attendees and their churches: (1) A “robust understanding” of the image of God; (2) an overcoming of fear in discussing racial issues; (3) churches that confess sin; (4) hospitality and love for neighbor; and (5) a knowledge of the gospel as “race transcending.”

Panels on the second day discussed racial reconciliation in regard to the SBC and pop culture. Six breakout sessions also were held.

Norton Hall, a band from Southern Seminary, and Jimmy McNeal, a worship leader at Austin Stone Community Church in Austin, Texas, led music during the summit.

The ERLC initially planned for its 2015 leadership summit to be on pro-life ethics but announced in December it was changing the theme to racial reconciliation in the wake of grand jury decisions in the police killings of black men that provoked widespread protests and a nationwide discussion. The shift in plans followed refusals by grand juries in St. Louis County and New York City to indict police in the high-profile deaths of African-American men.

The first ERLC Leadership Summit, held in April 2014, was on the Gospel and sexuality.