EASTER: Jesus put things in order & walked out of the tomb 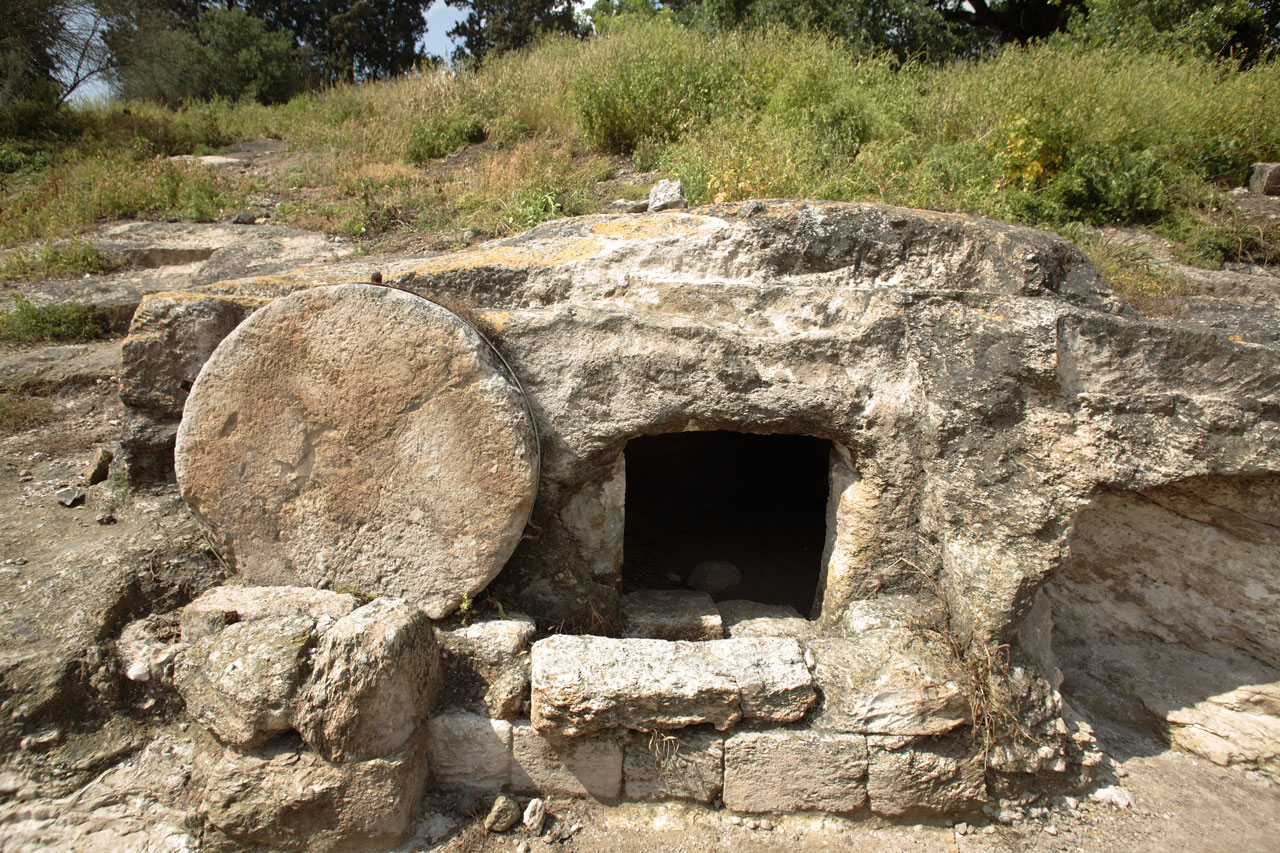 NASHVILLE (BP) — What does it look like to rise from the dead? We’ve all seen the TV dramas in the operating room when the heart monitor suddenly goes flat with the ominous and unceasing tone. Then the shock paddles are brought in and the formerly and technically dead person is brought back to life. Maybe it’s like that — jolts running through the body.

But something tells me that Jesus didn’t stumble out of the tomb. Something tells me He didn’t cough and gurgle, or need the blood flow to return to His extremities on Easter Sunday morning. Sure, His death was messy. Undignified. Bloody. Gruesome. Embarrassing even. But His resurrection? That was different.Or maybe it’s the way most of us feel on a particularly early morning when the alarm clock goes off. We jump out of sleep, but as we switch the near blinding light on, it takes a few moments to rub the sleep out of our eyes. We have a sense of weakness in our hands and fingers as the blood starts to get going again, until we can eventually stagger to the bathroom to turn on the shower. Maybe it’s like that, only greater — we need a couple of hours to regain control of our faculties and get some strength to just sit up.

I love the fact that John, right in the middle of his Easter morning account, drops a little detail into the narrative that not only describes the resurrection of Jesus, but helps us see it. Feel it. We see Mary coming to the tomb — hopeless and despondent, her faith dying with Jesus. We hear the night sounds starting to fade as the sun begins to rise. We sense the stillness — the emptiness — of the air. We see her tears and feel the crushing weight of her even greater grief as she discovers in the darkness of the morning the stone rolled away. We hear her shrill cries as she sobs out her testimony to Simon Peter and John that grave robbers have come and stolen the body. Then comes the running.

We hear the panting. We feel the hot breath. We see the younger of the two outrun the older. Then, by the first rays of light, we see along with, first, John and then Peter, that the tomb is indeed empty. That’s when we get the detail:

“The wrapping that had been on His head was not lying with the linen cloths but was folded up in a separate place by itself” (John 20:7).

It’s a curious little detail to include, don’t you think? John was there; he saw the whole thing. It’s possible that the memory was so ingrained into him that he wanted to record every last detail.

But maybe too, buried in this little detail, is a commentary about the nature of the risen Lord. Jesus was raised to life, and when He was, He took on the dignity befitting Him. He simply got up in an unhurried manner. Like the Lord of All Creation that He is, He took a few moments to put things in order, even going so far as doing something like making His bed. Jesus didn’t stagger and stumble, bleary-eyed and numb from the coils of death; He rose as a conquering hero. And He strode out of the tomb like He owned the place. Because He does.

This is not like the resurrection of Lazarus whom Jesus pulled out of death. Just a few chapters earlier in this Gospel, he came out of the grave “bound hand and foot with linen strips and with his face wrapped in a cloth” (John 11:44). Jesus Himself gave the order to “loose him and let him go” because Lazarus couldn’t do it himself.

Jesus took a few moments to give us a little glimpse into the fact that centuries before the cross and the tomb, creation was broken by sin. It was set in a spiral of disorder where up was down and left was right. Everything was flipped on its head, but when He stepped out of the tomb, He announced to that broken creation that He was setting everything back the way it was always supposed to be. Out of disorder and into order. Out of death and into life. Out of brokenness and into wholeness. And maybe that reordering started with that simple act of taking what might have otherwise been a wrinkled, tattered mess, and folding it up neatly.

Then He walked out into the light….

View all posts by Michael Kelley