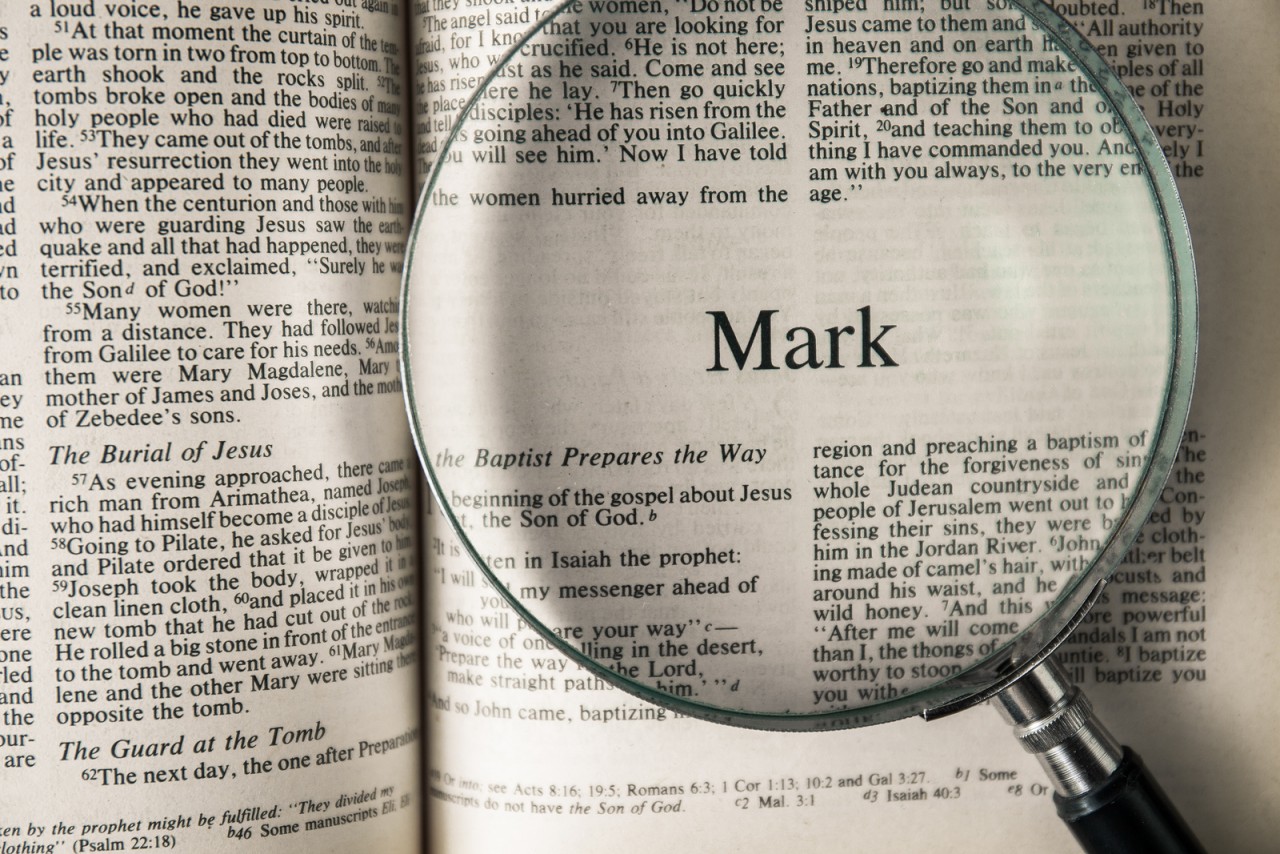 This was written by Caleb Moore and was originally featured on WordSlingers.com.

For the last few months, I have been preaching from the Gospel of Mark. After the first 10 chapters, I am amazed that anyone is a Christian. The disciples, for the most part, just don’t show many signs of competence. They constantly role model what not to do. But let’s cut them some slack; many of them are in their teens. Although classic paintings make them look like men in their 40’s, most of them were under the age of 20. I have worked with a lot of young adults, and there are few people more certain of themselves than a young man fresh out of college. These are men with little or no experience, but miraculously know how to do everything.

One of my favorite stories in Mark is when Jesus tells the disciples He is going to Jerusalem to die. Soon after foretelling his own death, James and John come to him with a selfish request that highlights their immaturity. What do they want? Well, they demand that Jesus make both of them vice presidents of Jesus town. They want to sit in the best chairs in his Kingdom. What might be even worse is the way they begin the conversation. These two “Sons of Thunder” walk right up to the Creator of the universe and say, “Do for us whatever we ask!”

Somewhere in their minds they thought this was a good idea. They thought this would show their faith and make Jesus happy. Perhaps they thought they would be praised for being so bold. We love to look at these men and shake our heads. Had we been there we would never have done something so childish. Or would we? Why do we always read ourselves as the heroes in the Bible? We are more likely to be Goliath than we are David. Given the chance, we would have voted to free Barabbas and crucify Jesus with the rest of the angry crowd. So I have some sympathy for the disciples in this moment of poor decision making.

Let’s give them some credit; they did leave everything behind to follow Jesus. They quit their jobs for a life of ministry and travel. That’s already living more of a faith-based life than most people I know. So why all these poor decisions? If you have ever given young men adult responsibility, then you know exactly why they acted the way they did. At first, they get puffed up with pride, then they get jealous, then they make demands, then they tell Jesus what He is doing wrong. This pattern is something I have seen in myself and many others. But eventually, most of these bad traits are slowly broken down and beaten out of them. They are on the path of Christian maturity.

As I read of their journey, I can’t help but think of the maturity level of church in America. The explosion of the health and prosperity gospel that has found its way into so many evangelical houses of worship are a sure sign of our own immaturity. Christians have only repeated the idiotic demands of the early disciples, “Give us whatever we want.” When we see the disciples on the path to becoming mature, Christian leaders, we should not pity them for being so naïve, we should look for those red flags in our own lives. It’s painful to grow, but it is even more painful to be ignorant and immature.

The Gospel of Mark contrasts their ignorance with a blind man who simply cries out, “Have mercy on me.” The ultimate mark of maturity is submission to the One, True God.