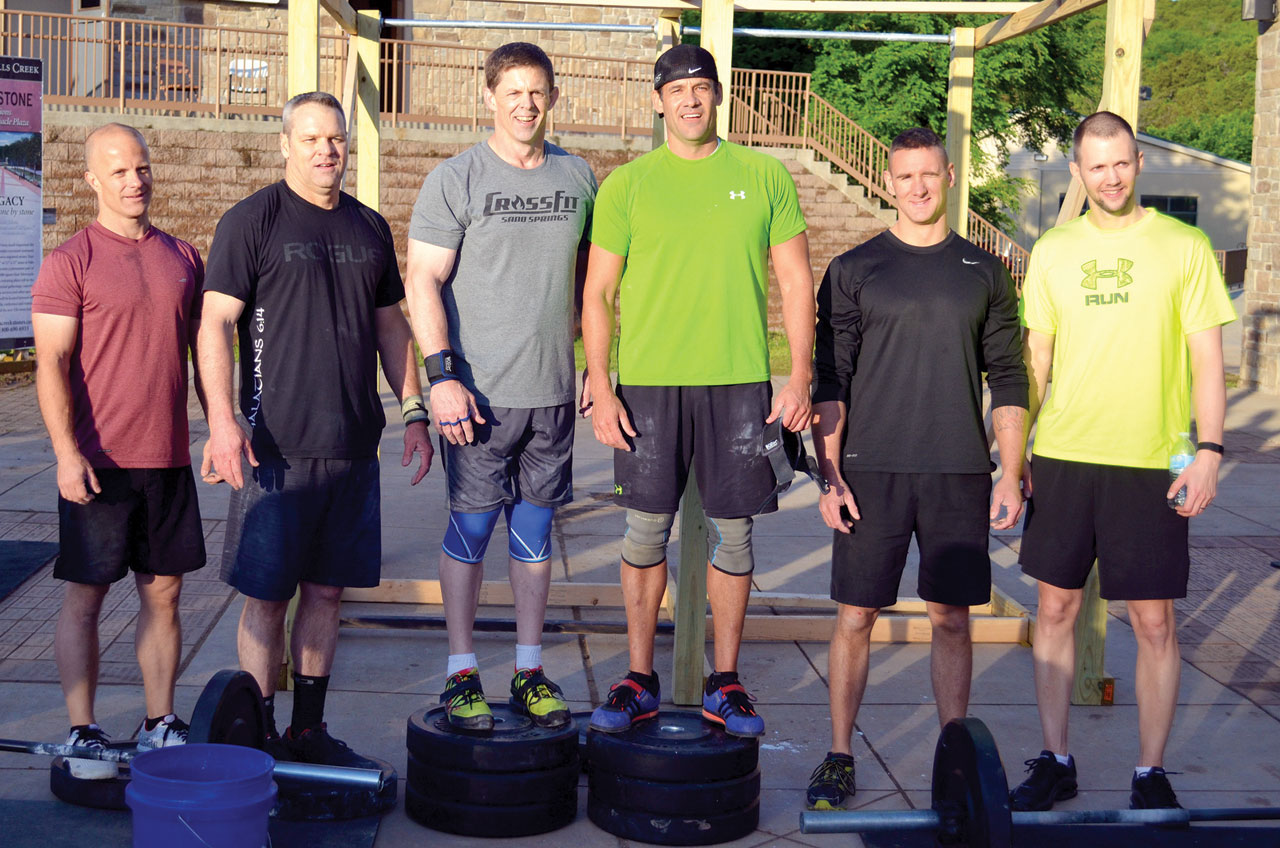 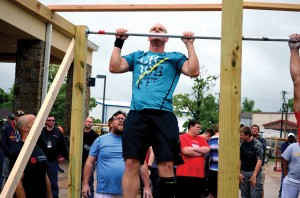 CrossFit competitors were challenged to do WODs in three different sessions during the Rewired retreat (Photo: Chris Doyle)

DAVIS—With the weather conditions the Men’s Rewired Conference experienced this year, many of the regular outdoor activities were cancelled or had limited opportunities. However, a new activity offered at Rewired was not hindered by the weather.

The CrossFit competition had its debut this year with six two-man teams kicking off Rewired’s version of the competitive fitness sport that is vastly growing throughout the country. With three different sessions happening throughout the weekend, the teams competed in series of workouts known as WODs (Workout of the Day).

The idea was credited to Keith Burkhart, Men’s Rewired team leader, and Bubba Burcham, a regular breakout session leader at Men’s Rewired who is known through the Oklahoma high school football coaching ranks and as a member of the OU Sooners 2000 National Championship team.

“This is a ‘tribe’ we are not tapping into yet,” said Burcham, alluding to how Men’s Rewired has been successful in drawing men who are interested in fishing, motorcycling, camping, cowboy demonstrations, 5K runs and other activities. “There are so many men who work out and have buddies they work out with, and they don’t know where their spiritual walk is.” 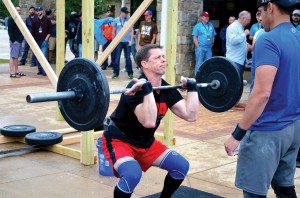 “This is much smaller than what you would see in a regional competition,” said Allen. “This is like friends and new friends getting together, doing CrossFit workouts. It will grow if they keep adding to it.”

Allen and his teammate, Alan Henson, finished second behind the “pastor team” of Andy Taylor, pastor of Ponca City, First, and Blake Gideon, pastor of Edmond, First, who became the first-year champions.

“There’s a lot of opinions about pastors and physical fitness,” said Gideon jokingly. “So Andy and I just wanted to show that there are pastors out there seeking not only to be strong spiritually, but also strong physically. We thought it would be a good idea not only to compete but set an example.”

Taylor, a former Army Ranger, has been doing CrossFit training since 2006. “Most of these guys are young guys,” he said. “I think Blake and I are the oldest. As men, we all have this physical side to us, and there’s something about competition. There’s something about guys ‘going to war’ at it. It’s a great camaraderie. Everybody’s pulling for everybody.” 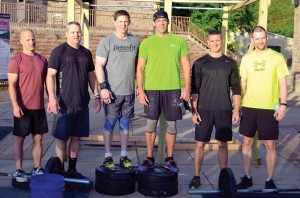 Gideon elaborated how he uses CrossFit training to meet regularly with seven men in his church. “We sweat together, pray together, hold one another accountable. We do life together. This is just one avenue we can do that. One of the things that I love working out with these men is there’s things they would talk to me about in the gym that they would not talk to me about in the church. It takes the barriers away and allows them to let their guard down.”

Allen was pleased with the addition of CrossFit at Men’s Rewired, saying it’s a great way to get Christian CrossFitters involved, as well as invest in those who are not Christians.

“Half of the CrossFit popularity is the community aspect,” Allen said. “Instinctively, what a lot of CrossFitters are seeking is a sense of community. If they are not involved in a church, you have these non-believers out there with no sense of community, and they are finding it in these CrossFit gyms. Which is fine; it’s rewarding and fulfilling from a physical exercise standpoint but it’s not spiritually rewarding as we know our faith is. It’s instructive for us as church leaders that the desire for community is out there, and we need to meet that.”

CrossFit competition appears to be a regular feature from now on at Men’s Rewired.

“I believe we will have it next year, do it a little bigger and a little better,” said Burcham. “This is something you can use to share the Gospel. Grow it through the CrossFit community who don’t know about Rewired. It can be hugely beneficial.”

As the first-time winners of the Men’s Rewired CrossFit Competition, Taylor and Gideon, plan to compete again.

“We’ll definitely come back next year. We’ve got to defend our title,” Gideon said.