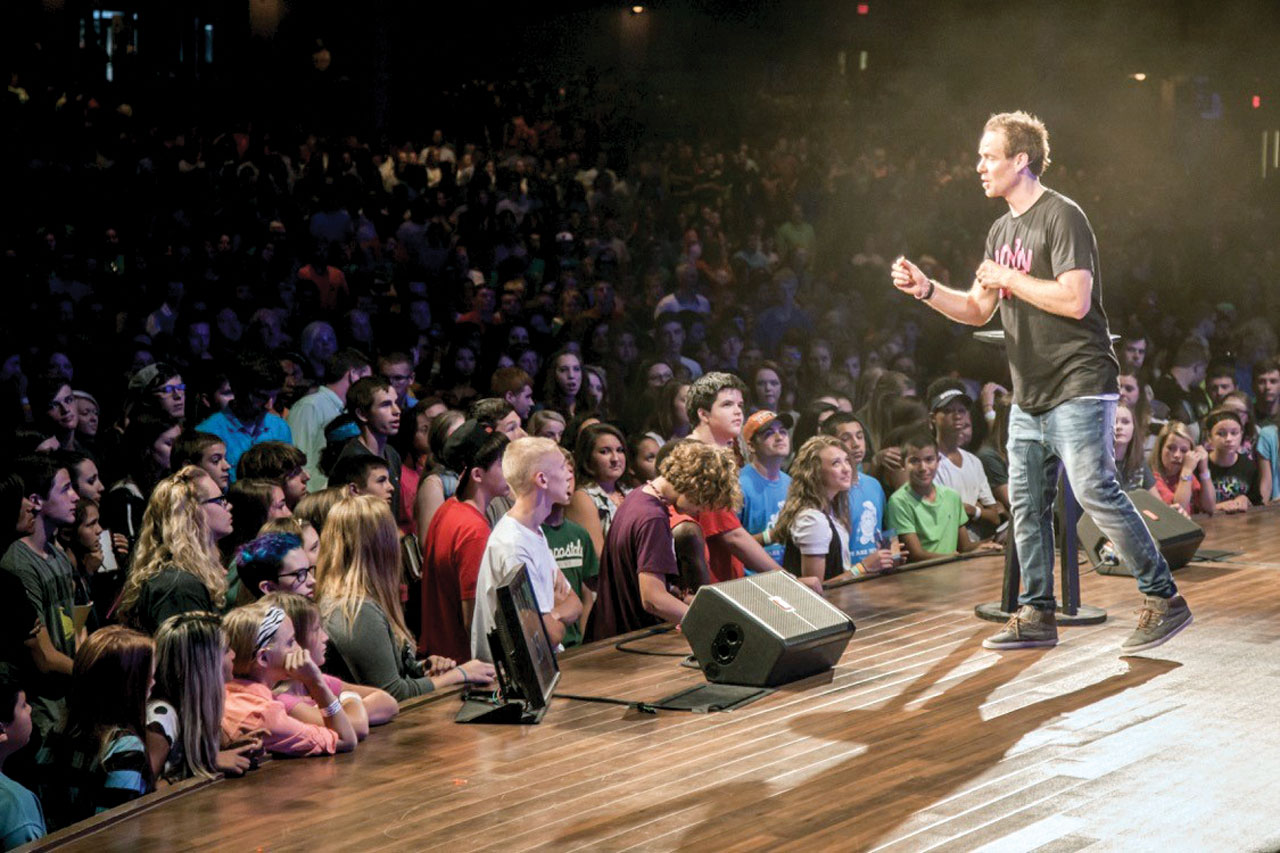 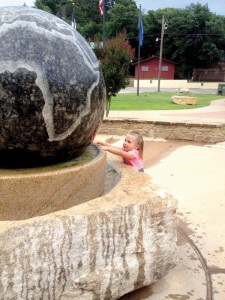 DAVIS—The Thursday night service is a special time during the summer youth weeks at Falls Creek Baptist Conference Center. After spending the majority of the week hearing about missions during morning sessions and in-cabin Bible studies, spending time in the Wynn Center for World Missions, and visiting the One Life Mission Village, students are receptive to hearing a message that brings an emphasis on serving God through ministry and missions.

During Week 5 (June 29-July 3) and Week 6 (July 6-10), not only were campers receptive, a total of 215 (106 Week 5 decisions and 109 Week 6 decisions) answered the call to ministry during the two Thursday night services. The camp totals for all summer sessions, after Week 6, have 383 decisions for ministry service, so a majority of the students committing to serve have come during these two nights.

Despite Week 3 ending early and Week 4 cancelling, as both weeks were affected by flooding, this is a demonstration of a great response to God’s calling. Andy Harrison, Falls Creek program director and student ministries specialist for the Baptist General Convention of Oklahoma (BGCO), believes this is a sign of God moving among young people.

“God is about to do something, and He’s preparing people to do it because He is calling a lot of people into ministry right now,” said Harrison who mentioned he has spoken to camp leaders in other states who also have seen a significant number of calls to ministry.

The Thursday night service is traditionally a night of emphasis for missions, as it features the weekly missions offering, which is promoted through a new approach called “The My Five Challenge.” Nick Atyia, BGCO student evangelism and missions specialist, said My Five started last year to encourage camp participants to give $5 toward a designated mission emphasis.

“We wanted to give the students and leaders who come to Falls Creek a goal, a challenge to see if we can be more diligent in our graciousness in giving,” said Atyia.

For every $5 given in the offering, $3 will support GoStudents scholarships that are used to help offset costs for participants who commit to domestic and international mission work through GoStudents ministries. The remaining $2 will go to One Notebook, a mission emphasis through the International Mission Board that purchases school supplies for students in Zimbabwe, which includes notebooks that feature a Gospel presentation.

Before the flooding experience that affected Weeks 3 and 4, giving to the missions offering was meeting record numbers. Atyia said some have contributed who were part of Week 3, and during a livestream service shown in place of the Week 4 Wednesday night service, an offering appeal drew some support. Atyia said the missed two offerings represented an expected $35,000 not received.

“We have taken a hit,” said Atyia. “But for those who have attended Falls Creek and have been exposed to the One Life Village and have seen where some of this money is going to go and heard about GoStudents, they have been faithful and generous. My mindset is Oklahoma Baptists have always been very generous people. Those who love GoStudents and love what we are doing with One Life, they can contact us to see how they can contribute because that money is valuable for sending students and providing Gospel resources.”

With an emphasis on giving to missions, it is understandable why so many students are drawn and willingly respond to the call to serve in ministry and missions. Atyia also believes it has to do with students paying attention to what is happening in the world today.

“Students are being exposed to the political and media tension,” he said. “They are seeing these tensions exist in the world, and they have never seen it like this ever before. The Holy Spirit is using some of the things that are happening from ISIS to the Supreme Court. (Students’) hearts are being burdened for the Gospel to penetrate hearts at a rate they have never been exposed to before.”

Falls Creek has always been known for thousands answering the call to serve God in the mission field. Those who cherish this heritage can be encouraged knowing this tradition remains strong.