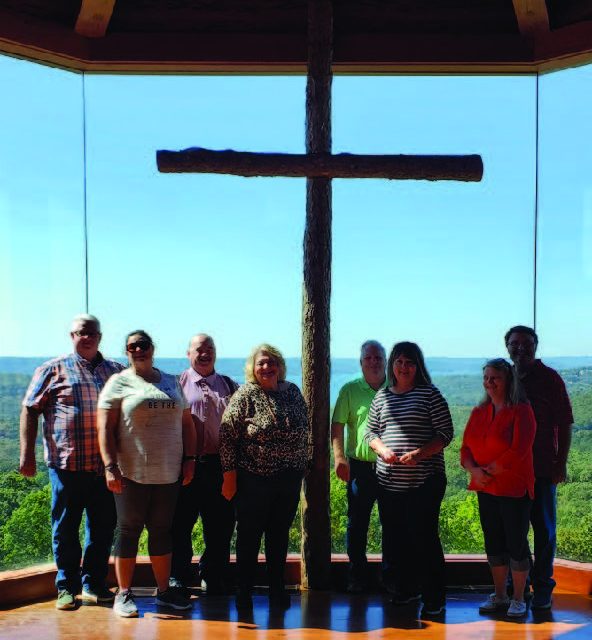 Tulsa, South Tulsa paid off its $2.2 million dollar debt in 18 months so it could focus on missions.

“So much ministry funding has come from paying off the debt and not having to pay the bank every month,” Eric Costanzo said. He’s been South Tulsa’s pastor since 2016.

The church’s outreach includes at least a dozen local ministries and just as many international ones. Missions absorbs about 36 percent of total giving, starting with the Cooperative Program (CP).

“We’ve been giving more than 11 percent (through CP) for several years,” Costanzo said. “It’s a longtime commitment for this church and for me. As Southern Baptists, the Cooperative Program is at the heart of what we do to accomplish Kingdom work, instead of everybody doing their own thing.

“I want to say to fellow pastors, commit to the Cooperative Program. If every pastor did, just imagine what that would do for the International Mission Board and church planting.”

About 1,100 people participate in Sunday morning worship at South Tulsa. Last year the church baptized 61, the second-highest number in its 40-year history.

“We’re trying to go where the Lord is working; we’re not trying to just do our own thing,” Karen Pirtle said. She’s been a member for 34 years, associate youth minister for 13, and minister of missions for the last three.

“Baptists know how to do missions well, and the Cooperative Program is the beginning of that,” Pirtle said. “I love that we give to the CP. It allows our missionaries to let their work be the main thing; to share the Gospel with those who haven’t heard.”

Your local church can support the spread of the Gospel far and wide through participation in the Cooperative Program. To learn more, visit oklahomabaptists.org/cp.