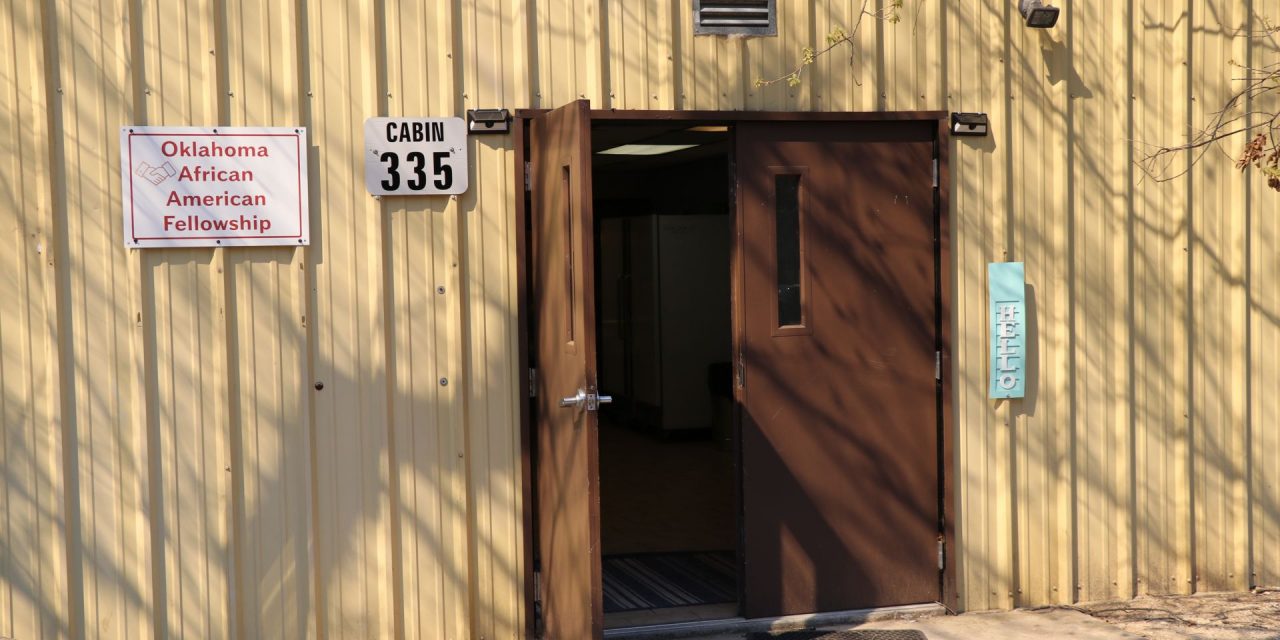 DAVIS—Walter Wilson sat on the porch area and shared how excited he was. The porch area was part of a Falls Creek Conference Center cabin that is now owned by Tulsa, Gilcrease Hills on behalf of the Oklahoma African American Fellowship (OAAF).

“This is an awesome thing,” said Wilson, pastor of Lawton, Friendship who serves as African American ministry partner for Oklahoma Baptists and a consultant for OAAF. “The grand idea of having a cabin is so we would have a footprint at Falls Creek because I think this is one of the best Baptist encampments that I have ever seen. And I’ve been a Southern Baptist since ’84.” 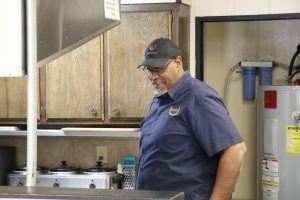 Walter Wilson checks out the updated kitchen in the cabin that allows OAAF to have a presence at Falls Creek.

Last year, Wilson was at Falls Creek riding in a golf cart with Alan Quigley, Oklahoma Baptists’ associate executive director for church relations. He and Quigley discussed how it could be possible for OAAF to have a presence at Falls Creek.

Since November 2021, Gilcrease Hills has been down at Falls Creek putting their touches on the cabin located in the southeast side of the encampment, about a block south of the entry pool swimming area of the creek.

“It’s a beautiful partnership, and it’s going to be ministry-minded,” Wilson said describing what it means for an African American church to own a cabin at Falls Creek. He said several churches will plan to have leadership conferences at the cabin. “Falls Creek is a really good place to get away and spend time with leaders, so it will be offered to the fellowship.”

The cabin was in use for the Youth Evangelism Conference in March and the Women’s Retreat on April 22-23. For the summer youth weeks at Falls Creek, Wilson said the cabin is already reserved for weeks six and seven, but it will be offered to churches for the other weeks.

LeRon West, pastor of Gilcrease Hills, and many church members have spruced up the cabin, repairing bunk beds, reorganizing the kitchen and painting the interior.

“Having a cabin (at Falls Creek) has been a long time answer to prayer,” West said. “My first time to Falls Creek was in 1990. I remember I went as an assistant pastor and youth minister, and I got ‘baptized’ real quick on experiencing Falls Creek. So many young people need to experience Falls Creek. It creates a great environment of ministry among many churches and providing opportunities for people to know Christ, surrender to ministry work and grow as believers in Christ.”

Wilson said many African American Southern Baptist leaders are aware of this cabin purchase. Recently, members of the search committee for the next president and CEO of the Southern Baptist Convention Executive Committee spent time in prayer at Falls Creek.

Illinois pastor Adron Robinson is chairman of the search committee and is also Wilson’s cousin. He went to see Gilcrease Hills’ cabin while he was at Falls Creek.

“By having this cabin, it speaks throughout the Southern Baptist Convention,” Wilson said. “No other African American church owns a cabin at a Southern Baptist encampment. It is an awesome thing.”

Wilson along with West and Hooks believe more African American churches will want to be more involved at Falls Creek through this cabin. All three see this as a work of the Lord.

“You never know how God can impact people,” West said. “There’s no place on earth where you can pour into people’s lives the way you can at Falls Creek.”

“There’s no substitute for experience, and this can be a life-changing experience,” Hooks said.