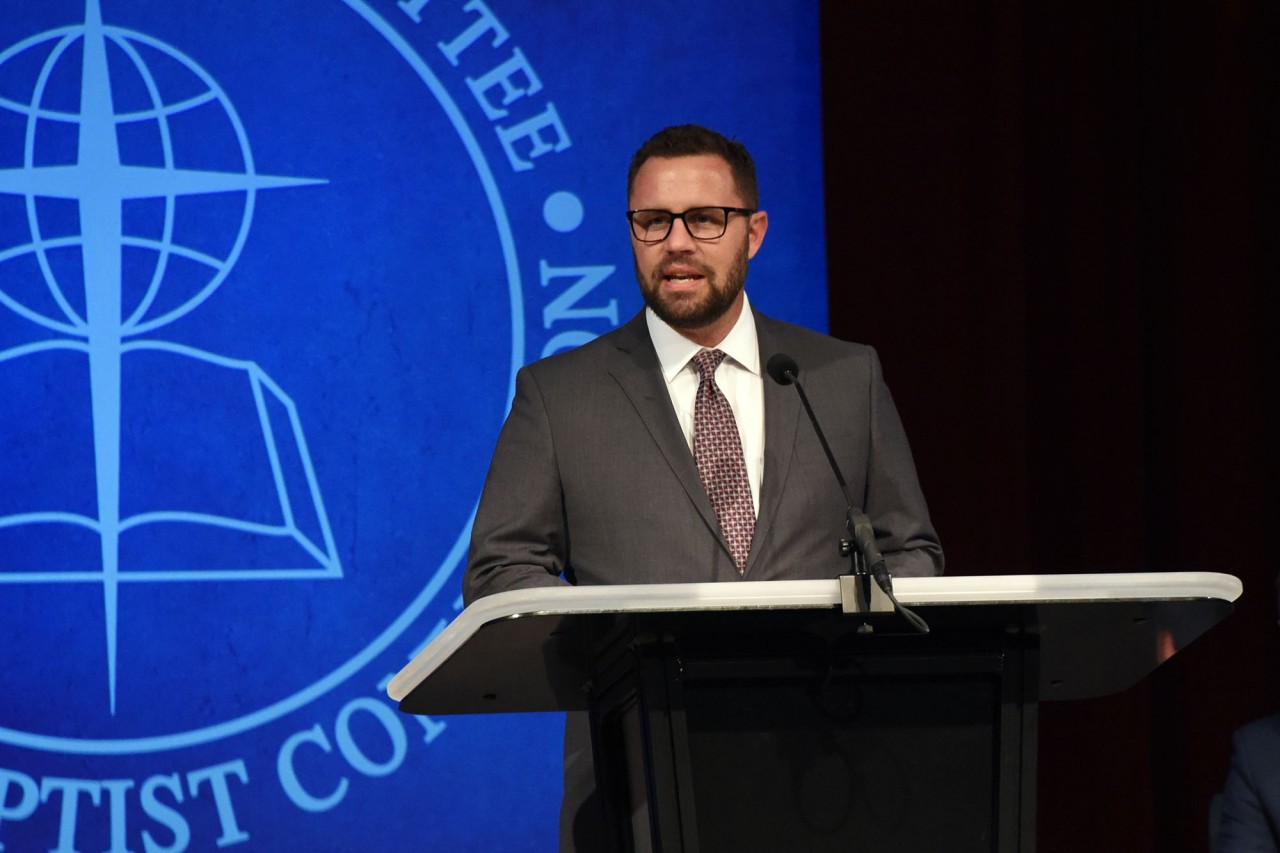 The board voted to defer approval of the 2020-2021 budget until the regularly scheduled Executive Committee meeting June 2.

NOBTS/Leavell College President Jamie Dew said the delay is necessary to fully understand the extent of the COVID-19 crisis and the depth of the financial impact on the seminary. He said approving the budget in June will help his team propose a plan that better mitigates the effects of the crisis.

The Executive Committee approved three new degrees in the undergraduate program of Leavell College—a bachelor of arts in pastoral ministry, a bachelor of arts in worldview and apologetics and a bachelor of science in worship ministry. Along with the new majors, trustees approved three minors in the same disciplines. Now students in other majors can minor in pastoral ministry, Christian worldview, and music/worship. A new ministry wives certificate program called “Thrive” was also approved for Leavell College.

The board approved a new master of arts in ministry leadership degree and a graduate certificate in church and community ministries. Revisions to the master of divinity specializations in Christian leadership, Christian education and collegiate ministry also were approved.

The board elected four professors—Alan Bandy, Emily Dean, Mark Johnson and Mike Wetzel—to the faculty. The decision to continue with the election process despite the uncertainty surrounding the outbreak hinged on the fact that funding is in place for each. Only one of the professorships is an entirely new position, however funding for the position has been secured from an anonymous donor.

A prolific writer, Bandy joins the NOBTS faculty as professor of New Testament and Greek after teaching stints at Louisiana College, Southeastern Baptist Theological Seminary and most recently, Oklahoma Baptist University. He earned a bachelor of arts degree at Clear Creek Bible College in Pikeville, Ky., a master of divinity degree at Mid-America Baptist Theological Seminary in Germantown, Tenn., and a doctorate at Southeastern Seminary. Bandy also brings extensive ministry experience, having served as a senior pastor, interim pastor and in other ministerial roles.

Dean, director of women’s academic programs at NOBTS, has taught as an adjunct professor at the school since 2010. She will join the faculty as assistant professor of ministry to women (ministry-based). Dean will retain her staff role at the seminary. Dean earned a bachelor’s degree from Louisiana State University and three degrees (master of divinity, master of theology and doctor of philosophy) from NOBTS.

Johnson’s position as assistant professor of evangelism and pastoral ministry is a new position at NOBTS. Funding for a minority faculty member was given by an anonymous donor to help NOBTS better serve the needs of the growing minority population on campus. Johnson, who is African American, serves as the pastor of Edgewater Baptist Church in New Orleans and is a Ph.D. candidate at NOBTS. He holds the bachelor of arts degree from Washington and Jefferson College in Washington, Pa., the master of divinity and master of theology degrees from Princeton Theological Seminary, and the doctor of ministry from NOBTS.

Wetzel, who was elected as associate professor of pastoral ministry, joined the NOBTS administration as vice president for institutional advancement in December 2019. Before joining the presidential cabinet, Wetzel served 27 years as the founding pastor of The Island Chapel in Tierra Verde, Fla. He earned his master of divinity and doctor of ministry degrees at NOBTS.

In other faculty business, the board elected Dan Holcomb as professor emeritus of church history. Legendary for his “Christian Devotional Classics” course, Holcomb has served on the NOBTS faculty since 1979.

In other action, trustees:

The unique circumstances of the COVID-19 pandemic necessitated a unique trustee meeting solution. Trustees utilized an exigent circumstances provision in the school’s bylaws to authorize the Executive Committee to meet electronically on behalf of the entire board. All members received correspondence regarding the use of the provision and had the opportunity to voice concerns. The plan received the support of the board and the Executive Committee agreed to report its decisions to the entire board via video conference April 15. All the actions taken during the meeting were already scheduled for the regular trustee meeting before the COVID-19 outbreak.

Gary D. Myers is director of communications for NOBTS.