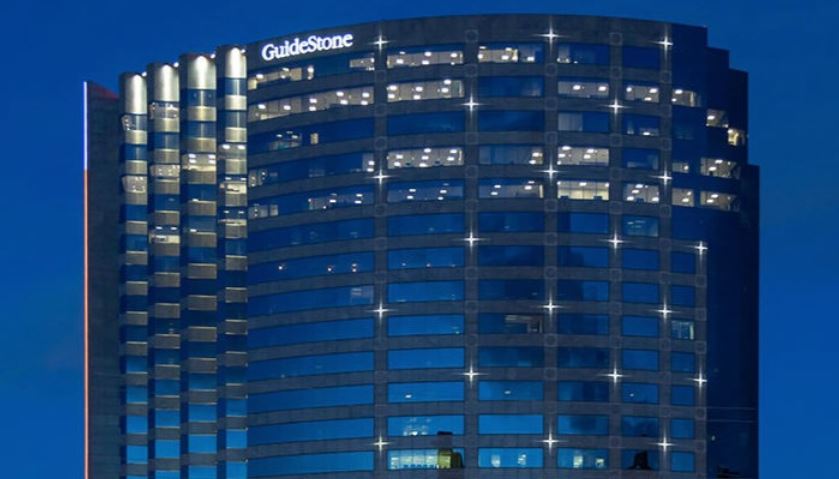 NASHVILLE, Tenn. (BP)—At their meeting earlier this week, GuideStone trustees approved benefit increases across the board for Mission:Dignity recipients, marked the 20th anniversary of GuideStone Funds and laid out a transition framework as President-elect Hance Dilbeck prepares to assume the leadership helm in 2022.

The increase for Mission:Dignity recipients was made possible by the generous support of churches, Sunday school classes and individuals who give to the GuideStone ministry. Last year, Mission:Dignity raised more than $10 million for the first time in its history; current trends in giving indicate the ministry may eclipse that in 2021. Almost 1,000 new donors have begun contributing for the very first time this year.

In the report of the Relief Committee, Chairman Dennis Adams (Arizona) said that the committee also approved higher asset limits for eligibility (from $30,000 to $45,000), an increased funeral benefit, and an increased grace period after the death of a spouse before having to reapply for benefits. Those enhancements take effect immediately.

In other reports, Chief Operating Officer John R. Jones told trustees about the GuideStone team’s efforts to live out the vision that reminds employees that GuideStone exists to honor the Lord by being lifelong partners with our participants in enhancing their financial security.

Across all the ministry areas of GuideStone—insurance, investments, retirement and Mission:Dignity—staff are working diligently to ensure that vision is carried out, Jones said, citing the insurance area as one of several examples.

“I can tell you that (Chief Insurance Officer) Chu Soh and his entire insurance team have brought an incredible focus to how we can build the base in our healthcare plans,” Jones said. “It’s not just our Group Plans, but also inclusive of our Personal Security Plan. He’s putting together more specific metrics to accelerate this number of participants in the healthcare area.”

Soh and the insurance team are also reviewing new opportunities and initiatives that will address the affordability challenges affecting the entire healthcare industry nationwide, Jones said. Ensuring a continued strong GuideStone healthcare program for pastors, church and ministry staff, while making it more affordable for more churches is a major emphasis for Soh’s team.

Additionally, the property and casualty area has continued to exceed expectations, Jones said. While turnover in property and casualty is a common theme in the industry as a whole, as clients look for lower rates, GuideStone, through its alliance with Brotherhood Mutual Insurance Company, has attained a 97 percent retention rate.

“Brotherhood Mutual has been a superb partner; they understand the local church,” Jones said.

“It’s interesting to note that at the end of June, 70 percent of our participant investor assets were invested in equity-type of funds and 30 percent in fixed income,” Jones said. “When we launched GuideStone Funds 20 years ago, we were completely reversed. Our participant base was more conservatively invested then than they are today.”

The addition of the MyDestination Funds—launched in 2006—where investors choose the funds that most closely correspond to their retirement date has also helped. The funds provide a one-fund, diversified portfolio that grows more conservative as they move to and through retirement, which has also helped.

Within Mission:Dignity, the Lord continues to bless the ministry, Jones said. This past June was the largest in terms of fundraising on record and closed out the largest second quarter on record. More than 2,300 retirement-aged Southern Baptist ministers, workers and widows have received assistance so far this year, and giving is up 16 percent over the same time last year.

Jones concluded his report by providing an update on the Forward Foundations strategic plan, which serves as a roadmap to guide the transition between GuideStone President O.S. Hawkins and President-elect Hance Dilbeck. GuideStone’s strategic plans—GuideStone 100, which guid­ed the ministry to its centennial in 2018, Vision 20/20 and now Forward Foundations—provide a framework to guide the ministry’s day-to-day efforts on behalf of their participants. In Forward Foundations, emphasis is placed on four key areas: Ministry (Maximize Ministry Effectiveness), People (Attract, Develop and Retain Talent), Technology (Leverage Innovative Technology) and Financial (Enhance Revenues and Margins).

Hawkins spoke to trustees about the transition of Dilbeck to the role of president. In May, trustees unanimously named Dilbeck, then executive director of Oklahoma Baptists, as president-elect of GuideStone. By the end of the first quarter of 2022, Hawkins will assume the honorary role of president emeritus, and Dilbeck will become president and chief executive officer.

Hawkins noted he has been through transitions himself—most notably when he became pastor at the Dallas, Texas, First in 1993.

“W.A. Criswell was my biggest asset and my biggest supporter,” Hawkins told trustees. “I had the greatest predecessor anybody ever had in that position.”

Hawkins said he would strive to provide Dilbeck with the support Criswell offered him.

“He’s not going to have anybody who is a more encouraging person, and (I’ll be his) greatest supporter as he assumes the stewardship,” Hawkins said.

In the unpaid role of president emeritus, Hawkins said he would continue to write his Code book series and raise money for Mission:Dignity.

“I thank God for the trustees that we’ve had over the last 25 years,” Hawkins said. “We’ve never had one antagonistic question, one antagonistic effort, nothing but total love and unity that has allowed us to serve with the integrity of our hearts and skillfulness of our hands.”

Dilbeck said the first month of his tenure as president-elect has been affirming.

“One of the great blessings is watching Dr. Hawkins and John Jones and the way they work together, their friendship and collaboration. It’s a joy,” Dilbeck said. “My gratitude is deeper, and my sense of calling is clearer than it’s ever been.”

Dilbeck echoed Hawkins’ thoughts on the role of the president being a steward.

“This is a stewardship,” Dilbeck said. “Right across my notes here is the word ‘stewardship.’ That’s our work. Stewardship gives us the proper perspective on our work and the proper posture before our Lord. We are the steward of His possessions, and He is our Master. This is a great stewardship that you and I bear together.”

Dilbeck also shared with the trustees a significant goal of his ministry—the wellness of the pastors GuideStone serves.

“One of the things that COVID-19 has done is make our people more aware of and more honest about the challenges they face,” Dilbeck said. “It’s an opportunity to speak of the wellness of their relationships to their mental health. It opens the door to advocate that if they are to serve well, they must be well.”

Dilbeck said advocacy is a key calling for GuideStone’s team.

“Our job is to keep focused on the mission.” After hearing the report of how God blessed Mission:Dignity through the generosity of donors across the Southern Baptist Convention, trustees ended the meeting Monday afternoon by giving thanks to the Lord by singing Doxology.