NASHVILLE (BP)—Trustees of the Southern Baptist Ethics & Religious Liberty Commission approved a leading advocate for sexual abuse survivors and a United States senator as recipients of the entity’s 2019 awards during their annual meeting Sept. 11.

The ERLC board unanimously ratified Rachael Denhollander for the Distinguished Service Award and Sen. James Lankford of Oklahoma for the Religious Liberty Award.

In other actions, the trustees:

—Endorsed responses to motions at the 2019 Southern Baptist Convention annual meeting regarding sexual abuse, birth control, and marriage and sexuality.

—Elected a new slate of officers for the board.

Denhollander—a lawyer, advocate and abuse survivor—was the first gymnast to go public with charges against USA Gymnastics team doctor and serial abuser Larry Nassar, who is serving life in prison. Her action and testimony not only led to Nassar’s conviction but led to more than 250 women publicly stepping forward as victims of his abuse. 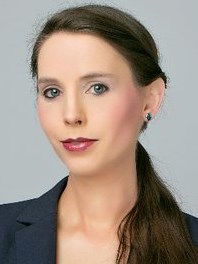 An evangelical Christian, she has become a leading voice against abuse and institutions that protect abusers, as well as a strong advocate for abuse survivors.

ERLC President Russell Moore told trustees in his written recommendation he was presenting Denhollander for the award “because of her faithfulness in speaking truth to and partnering with the Southern Baptist Convention in our efforts to address the sexual abuse crisis within our churches and because of her ongoing work as an advocate and educator on sexual assault.”

In the last year, Denhollander has advised the SBC Sexual Abuse Advisory Study established by convention president J.D. Greear, contributed to and helped edit the “Becoming a Church That Cares Well for the Abused” curriculum and spoken as part of the ERLC’s “Sexual Abuse and the Southern Baptist Convention” panel on the eve of this year’s annual meeting. She also will speak at “Caring Well: Equipping the Church to Confront the Abuse Crisis,” the ERLC National Conference Oct. 3-5 in Grapevine, Texas.

Lankford, a Southern Baptist, “has distinguished himself as a champion of religious liberty and the rights of conscience,” Moore said in his written recommendation to the trustees. “His leadership in Congress has been indispensable to the advancement of these causes while the culture continues to push for the codification of the sexual revolution at the expense of religious liberty and conscience rights.”

Lankford’s defense of religious freedom has been especially notable, Moore said, in his sponsorship of two bills, the Conscience Protection Act and the Lessen Impediments From Taxes (LIFT) Act.

The Conscience Protection Act would bar government discrimination against health care workers and facilities that object to being involved in abortion, as well as health insurers that refuse to provide coverage of the lethal procedure. The LIFT Act would correct a 2017 provision that requires houses of worship and other nonprofits to pay a 21 percent tax on such employee benefits as parking and transportation.

Lankford, a member of Oklahoma City, Quail Springs, served four years in the U.S. House of Representatives before his election to the Senate in 2014.

Speaking to trustees at the meeting, Moore said of Denhollander and Lankford, “Both of these people have represented—in terms of salt and light—not just Christianity but Jesus well to the world.”

The Distinguished Service Award is named after Richard Land, who served as the ERLC’s president from 1988-2013. The Religious Liberty Award is named in honor of John Leland, a Baptist pastor in Colonial America who was instrumental in helping secure religious freedom in the Constitution’s First Amendment.

The trustees approved responses to four motions offered at the SBC meeting in June:

—The ERLC has partnered with the Sexual Abuse Advisory Study in its work over the last year, the trustees said in replying to a motion that requested each SBC entity report on its efforts to address sex abuse. The response also cited various meetings the ERLC has hosted on the topic and its 2019 National Conference, which is focused on sexual abuse.

—The commission has worked with the advisory study, including specialists in trauma, to develop resources to provide care for abuse survivors, said the trustee-endorsed response to a motion that asked the ERLC to seek outside wisdom in facilitating a healing process for victims. This includes the “Becoming a Church That Cares Well for the Abused” curriculum. The advisory study continues to pursue steps to provide care for survivors and training for counselors, according to the reply.

—To a motion for the ERLC to study and report on the possible abortion-causing properties of various contraceptives, the trustees’ reply said the entity takes “very seriously” this concern and is “vigilant about providing information on any technology or medical device that would cause an abortion.” Resources on the subject are available at the ERLC’s website, and the commission will offer more information to help Christians address this issue, the response said.

—The ERLC “wholeheartedly shares the conviction expressed” in a motion that urged the SBC to strengthen its attempts to equip the local church to defend the biblical view of and to lead people to a godly comprehension of marriage and sexuality, the trustees said. The commission offers many resources on a biblical sexual ethic and is devoted to equipping churches to communicate it, according to the response.

The $4.3 million budget approved by trustees is nearly $38,000 less than the 2018-19 budget. The ERLC is realizing a savings of about $110,000 by holding its annual Evangelicals for Life event at a church in the Washington, D.C., area rather than at a downtown hotel.

The trustees elected David Prince, pastor of preaching and vision at Lexington, Ky., Ashland Avenue, as their chairman. They approved Lori Bova, a member of Taylor Hobbs, N.M., Memorial, as vice chairman and Ron Harvey, pastor of Pompano Beach, Fla., First as secretary.

In its written report to trustees, the ERLC named the following among its initiatives and events in the last year:

—The April release in Washington, D.C., of “Artificial Intelligence: An Evangelical Statement of Principles,” a project of the ERLC’s Research Institute.

—The 2018 ERLC National Conference on “The Cross-shaped Family” in October in Grapevine, Texas.

—The placement of five ultrasound machines at pregnancy resource centers through the commission’s Psalm 139 Project.

—A friend-of-the-court brief on the winning side at the U.S. Supreme Court and briefs in lower courts regarding religious freedom, marriage and the sanctity of human life.

—A Capitol Hill event in July on religious freedom in North Korea during the State Department’s Ministerial to Advance International Religious Freedom.

—Advocacy with LifeWay Christian Resources for the removal of Bibles published in China from the tariffs list, which the Trump administration accomplished in August.

—An ERLC Academy session on Capitol Hill in October 2018 and the week-long academy in May in Nashville.

In communications, the ERLC reported:

—More than one million new users of the website.

Two trustees were honored upon completion of their service to the ERLC: Bobbi Gilchrist of Arizona and Ronald Libey of Michigan. Also rotating off the board but not present at the meeting were Brian Corrick of Maryland/Delaware-District of Columbia and Ryan Gatti of Louisiana.