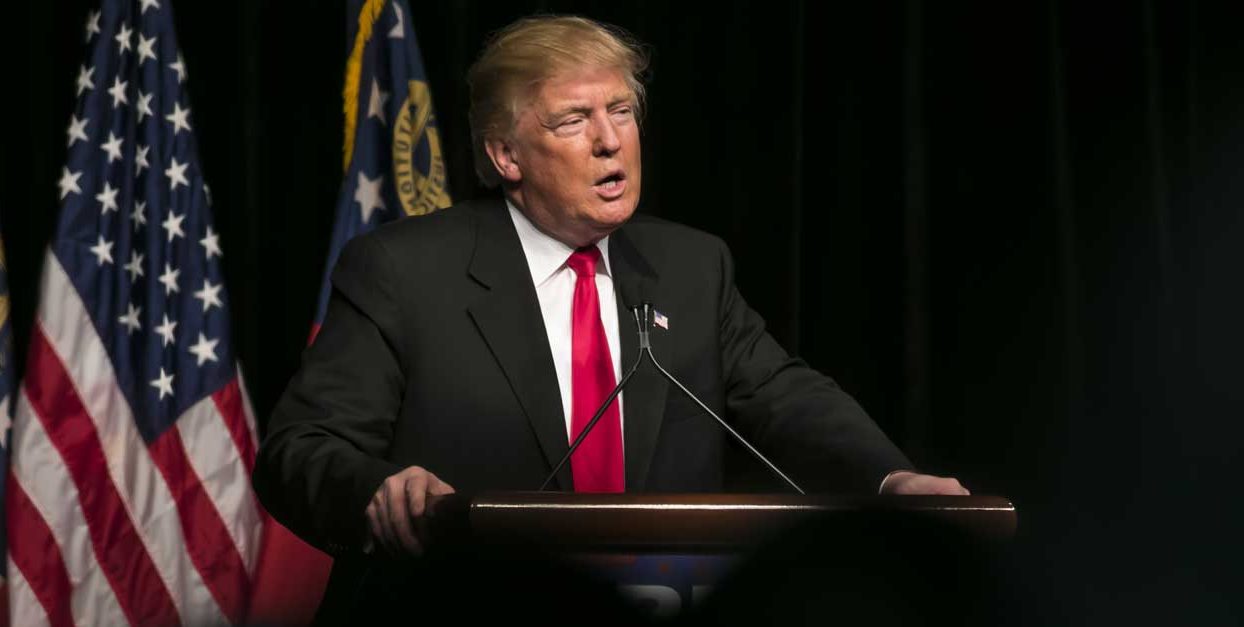 WASHINGTON (BP) — President Trump suddenly reversed military policy on transgender individuals today (July 26), announcing on Twitter the United States would not “accept or allow” people who identify as a different gender than their biological sex to serve in the armed forces.

“After consultation with my Generals and military experts, please be advised that the United States Government will not accept or allow &#91;t&#93;ransgender individuals to serve in any capacity in the U.S. Military,” Trump said in a series of three tweets this morning. “Our military must be focused on decisive and overwhelming victory and cannot be burdened with the tremendous medical costs and disruption that transgender in the military would entail. Thank you.”

Trump’s announcement came a year after the Obama administration repealed the prohibition on transgender men and women serving openly in the armed forces. Then-Secretary of Defense Ash Carter set a deadline of July 1, 2017, for implementing the new policy, but new Secretary of Defense James Mattis announced June 30 a six-month delay in enlisting transgender people.

The unexpected policy change came without any explanation regarding its implementation and how it would affect transgender individuals already in the military. The Pentagon — apparently unprepared for the announcement — referred reporters to the White House, but administration officials did not respond immediately to questions about the action, The New York Times reported.

“Christians have great sympathy and compassion for individuals struggling with gender identity concerns,” Southern Baptist ethicist Russell Moore said in written comments, “but it is unwise to craft military policy that further entrenches the worldview of the sexual revolution throughout our armed services. I am glad to see policies of the previous administration reversed, policies which raised serious concerns about the violation of conscience for service members, including medical personnel and chaplains.

“As it relates to the church, this debate requires conviction about what the Bible teaches about God’s creation of us as male and female, as well as Gospel compassion for all those struggling with their identity,” said Moore, president of the Ethics & Religious Liberty Commission.

Gender issues specialist Bob Stith said, “It is difficult to understand why the statement of President Trump -– ‘Our military must be focused on decisive and overwhelming victory’ — should be in question. As an American citizen, as a father and grandfather, I strongly agree with that statement.

“So for me the question comes down to: ‘Can transgenders serve without special considerations or disruptions?’ In view of that, the military should not be tasked with either the expense or the hours expended by medical personnel for something which has no connection with the military and which is essentially an elective surgery,” Stith said in written comments for Baptist Press.

“As Christians, we should not lose sight of the fact that these are real people who are struggling with something for which they did not ask — and which they do not understand,” Stith told BP. “The emotional and mental turmoil is real. It is absolutely critical that we speak with compassion and avoid any form of derogatory speech.”

Stith is founder of Family and Gender Issues Ministries in Southlake, Texas, and formerly the Southern Baptist Convention’s national strategist for gender issues.

The Human Rights Campaign (HRC) — the country’s largest political organization for LGBT rights — charged Trump with being unpatriotic and unfit.

“He has put a target on the backs of the more than 15,000 transgender troops proudly serving in our military,” HRC President Chad Griffin said in a written statement. “This heinous and disgusting action endangers the lives of American service members, undermines military readiness and makes our country less safe. It is also the latest effort by Trump and &#91;Vice President&#93; Mike Pence to undo our progress and drag LGBTQ people back into the closet by using our lives as political pawns.”

Rep. Nancy Pelosi, Democratic leader in the U.S. House of Representatives, called it a “disgusting ban &#91;that&#93; will weaken our military and the nation it defends.”

Trump’s action came less than two weeks after an effort to prohibit military payments for procedures such as gender reassignment surgery failed. Such an amendment by Rep. Vicky Hartzler, R-Mo., failed, 214-209, when 24 Republicans joined Democrats in opposition.

Hartzler thanked Trump today for his policy change, saying, “&#91;W&#93;e cannot burden our armed forces with the tremendous costs and disruptions that transgender in the military would entail. The costs incurred by funding transgender surgeries and the required additional care it demands should not be the focus of our military resources.”

The president made his announcement three weeks after it was reported the U.S. Army had implemented new training that requires soldiers to accept the presence of people with the physical traits of the opposite sex in barracks, bathrooms and showers. The training materials said soldiers may change their gender by revising their personnel file after receiving a diagnosis by a doctor. Also, the materials said the terms “sex” and “gender” are no longer the same, according to information first published in The Federalist.

In 2014, messengers to the SBC’s annual meeting approved a resolution regarding transgender identity that affirmed “God’s good design that gender identity is determined by biological sex and not by one’s self-perception.” The resolution “regard&#91;ed&#93; our transgender neighbors as image-bearers of Almighty God and therefore condemn&#91;ed&#93; acts of abuse or bullying committed against them.” It also said, “&#91;W&#93;e continue to oppose steadfastly all efforts by any governing official or body to validate transgender identity as morally praiseworthy.”

In addition, the resolution said, “We invite all transgender persons to trust in Christ and to experience renewal in the Gospel.”