Three ‘magic number’ for students as they start back to school 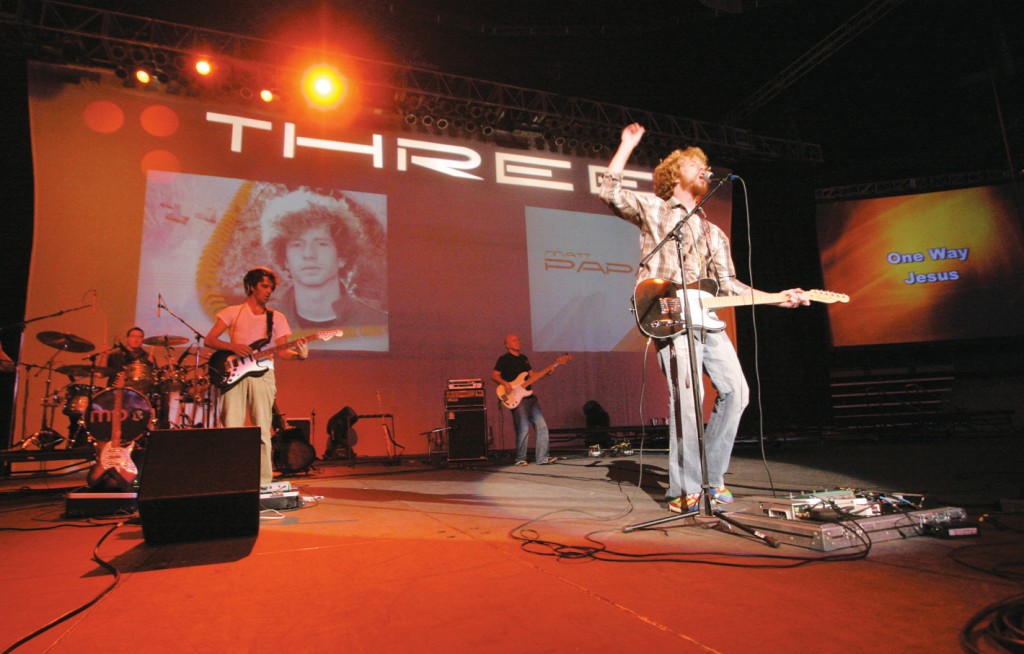 Students in a packed Ford Center in Oklahoma City were given three challenges during the State Youth Evangelism Conference Aug. 10-11. More than 9,800 students were encouraged to 1) Verbally share their faith with someone during the first three weeks of school. 2) Seek two other people to pray with each of them throughout the school year-three people praying together every week. 3) Pray that God would allow each of them to be a part of three people coming to know Christ this year.

Speakers at both pre-conference seminars at Moore, First, and at the rallies in the downtown Oklahoma City arena spoke to the students on the subjects of witnessing and following Jesus every day on their school campuses.

Jose Zayas, head of Jose Zayas Evangelism International, using the biblical example of Moses, told the students their lives can change with one encounter with God.

“You never know when God is going to show up and something ordinary is going to become extraordinary,” he said. “As in the case of Moses, God brings us past ourselves to the people He wants to touch.”

Zayas said Moses gave God five excuses why he could not do what God was asking and bring His people out of Egypt.

“Moses was a murderer, hiding in the desert,” Zayas related. “But God is not looking at our past as much as our future.”

Moses also said he was not ready and “what if they don’t listen to me?”

“When God showed Himself to Moses, Moses had a genuine encounter with God,” Zayas explained. “There is no power in our name or even in our testimony, but there is power when you use the name of Jesus.”

Zayas said the students shouldn’t get caught up in “what ifs,” because God will take them step by step and move them forward.

Moses continued with the fact he wasn’t eloquent with words, but Zayas said, “God will tell you what to say and where to go.”

And finally, the one excuse that God will not allow was when Moses told God to send someone else.

“It angers God when people who know Him by name refuse.

Zayas told the students that “we aren’t called to beat people over the head with the Gospel, but to love them.”

Comedian Brad Stine told the students as Oklahomans, they remind him of the traditional values that made this country great, and as Americans, the First Amendment gives them the right to stand up and say what they believe.

“If the truth offends someone, that’s their problem,” he emphasized. “The truth is supposed to offend them-that’s how they know they don’t have it.”

“This year, the invitation was done very different from previous years,” said James Lankford, student ministry and evangelism specialist for the Baptist General Convention of Oklahoma. “Zayas extended the invitation from the stage and had students who wished to make a decision raise their hand. Leaders from their church moved to the students and did the counseling in the seating areas. 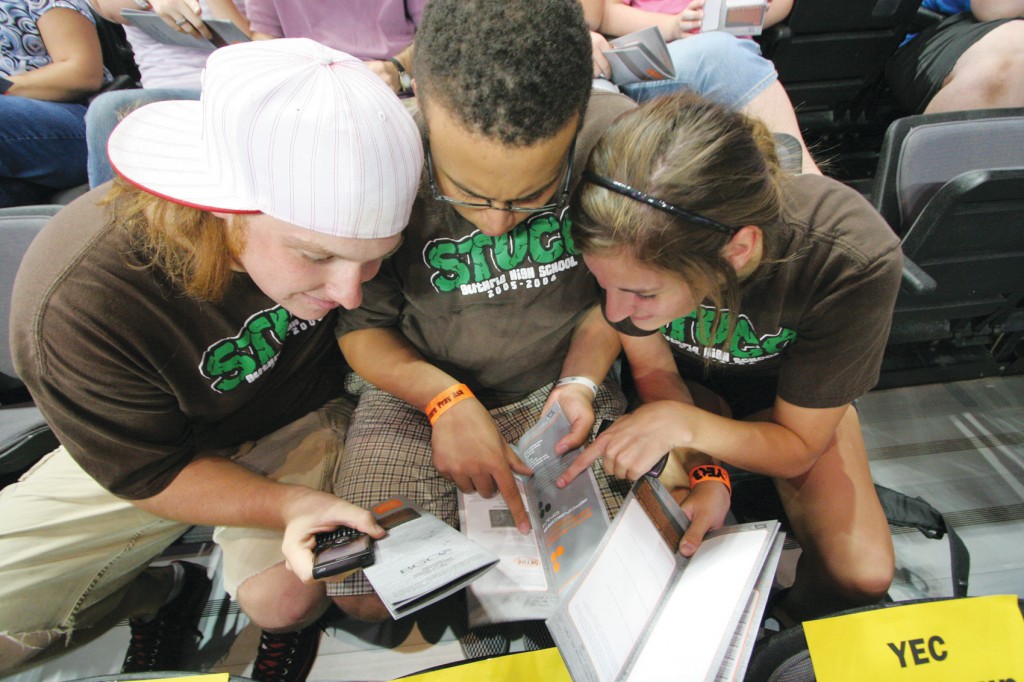 “In the back of each program book (that every person received as they entered the arena) was the counseling materials and the decision card. This facilitated increased connection with individual church leaders and their students for the counseling. This also dealt with the issue of the size and complexity of the arena for a “come forward” invitation. With this system, it is impossible to know how many decisions were made, since there is no central system of collecting the cards.”

In a seminar on witnessing Friday afternoon, Zayas told the students if they have messed up in telling people about Jesus, it’s OK, because God is not looking for perfect people, just willing people.

Zayas said the first thing students have to do is call on God.

“When I don’t ask God for opportunities to witness, chances are, I don’t get many,” he said.

He reminded the students that their friends may not respond to the Gospel the first time they hear it, but they should be faithful and let God use them.

“Don’t get discouraged if things don’t happen overnight,” he admonished.

In a seminar on “Girls Gone Wild,” Courtney Bullard of Individually Designed Ministries in Tulsa told a room full of girls that “we need to redefine what the word ‘wild’ means.”

Bullard reminded the girls that they rush to tell their friends about a great movie they just saw or about their new boyfriend, but when it comes to telling them about Jesus, Who can change their lives, “we become timid.”

“We hold out about the One who promises salvation and life to the fullest,” she said.