The Night That Broke The World 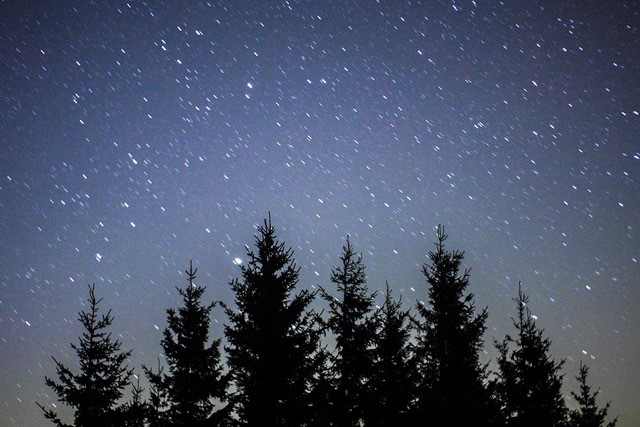 O holy night, the stars are brightly shining
It is the night of our dear Savior’s birth

“O Holy Night” is a beautifully haunting refrain that rings through church halls on Christmas Eve and causes pause amongst its listeners as it takes a turn on Christmas playlists.

While we may know the song by heart, few of us may have ever considered the heart of the song. Certainly, it’s a song of Advent—hope come to life as the Word becomes flesh; Emmanuel, God with us. We celebrate and welcome our Savior King as an unnoticed infant in a forgotten corner of the Middle East.

Truly He taught us to love one another;
His law is love and His Gospel is peace.
Chains shall He break for the slave is our brother.
And in His name all oppression shall cease.

“O Holy Night” was originally written as a poem in 1843 by Placide Cappeau in southern France. Cappeau was born in the early 1800s and had seen a tumultuous political see-saw that held calamitous consequences for government, society and the church.

The issue rousing all corners of the French Republic, and the globe, was that of slavery. By 1778, the French were importing approximately 13,000 African slaves per year to the French West Indies. Many of the merchants who funded and directed these exploits were professing Protestant Christians.

The slave trade was not abolished by the French Republic until 1815, and the declaration did not come into effect until 1826. Though officially illegal, the trade continued to flourish under French oversight until France re-abolished slavery with a general and unconditional emancipation in her colonies. The year of that declaration was 1848.

Five years earlier, amidst this cultural and religious disorder, Placide Cappeau took pen in hand and wrote a poem about Christmas. While rightly focusing on the arrival of Christ, Cappeau’s emphasis was just as much on the consequences of Christ’s coming as the event itself.

Long lay the world in sin and error pining
‘Till He appeared and the soul felt its worth.

The idea of the slave as our brother was not only revolutionary, but to many, it was hostile. As the poem’s words (later set to music) rung through church corridors, many who were beckoned to fall on their knees before the arriving King were those who also forced men and women to their knees as they boarded slave-trading ships. The night belonging to the Divine One who was breaking through with light was shining into their shadows, exposing their greed and unraveling their justifications.

Cappeau’s declaration wasn’t popular. His words weren’t meant to create silence in the night, but repentance in the dawning light of the Gospel.

The world long laying in sin and pining for redemption was not merely seeing God breaking through the cosmos, but walls breaking down between men. The soul was seeing its worth not as one judged by color, wealth or ability, but by nature of being made by God in His image.

While it is tempting for the church to put up walls of demarcation and draw lines between “us” and “them,” we need to remember what was accomplished that Holy Night. The Gospel welcomed kings and shepherds, wise-men and prostitutes, tax collectors and fishermen. While mankind was so busy erecting barriers between one another, Jesus was breaking through and saving those from every group—reminding us that the ground is level at the foot of the cross.

Jesus breaks our chains.
Jesus makes slaves into our brothers.
Jesus’ name makes the oppression of man bend the knee to the Lordship of God.

This year, as we hear “O Holy Night” and reflect on hope, joy, peace and love, let us also consider our hearts to see if there are chains to be broken in light of the Imago Dei—God with us.

The song reminds us that there is a higher Law and a greater kingdom of which we are citizens. The night of Jesus’ birth broke the ways of the world. His power and glory evermore proclaim.

A thrill of hope, the weary world rejoices,
For yonder breaks a new and glorious morn!