The history of the March for Life 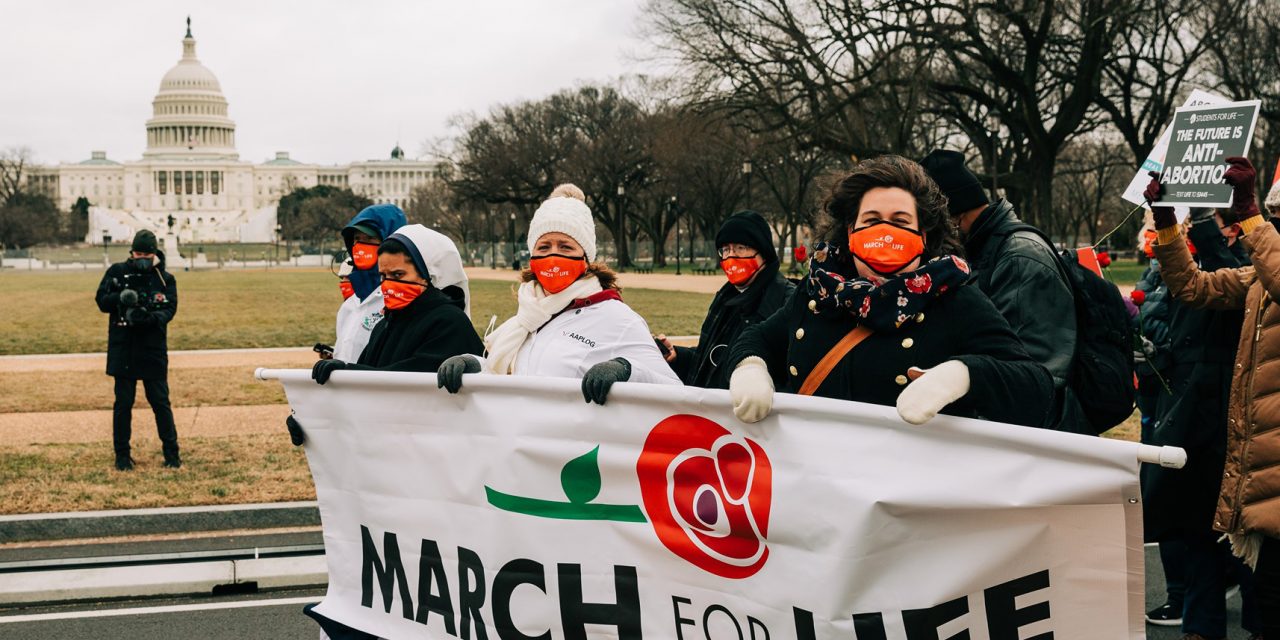 Each year the March for Life—which is the world’s largest human rights demonstration—takes place on or around the anniversary of the United States Supreme Court’s decision legalizing abortion in the case Roe v. Wade.

The first March for Life happened in the nation’s capital on Jan. 22, 1974—exactly one year after the Roe decision was announced. Since then, evangelicals across the country have returned each year to support the overall goal of the march to “end abortion by uniting, educating and mobilizing pro-life people in the public square.”

When the original march began, though, abortion was still considered a “Roman Catholic issue.” While individual evangelicals may have opposed abortion, many major Protestant groups were either silent on the issue or supportive of abortion in some way.

For example, in 1971, the leadership of the Christian Life Commission (later reconstituted as the Ethics and Religious Liberty Commission (ERLC)) even supported a resolution—which was later adopted at the Southern Baptist Convention (SBC) annual meeting—that called upon Southern Baptists to “work for legislation that will allow the possibility of abortion under such conditions as rape, incest, clear evidence of severe fetal deformity and carefully ascertained evidence of the likelihood of damage to the emotional, mental and physical health of the mother.”

At the time, SBC leadership was not out of alignment with local churches on the issue. A poll conducted by the Baptist Sunday School Board in 1970 found that 70 percent of SBC pastors supported abortion to protect the mental or physical health of the mother (which is the core rationale in the Roe decision), 64 percent supported abortion in cases of fetal deformity and 71 percent in cases of rape. Evangelical leaders would eventually adopt the pro-life cause, but at the time of Roe, the primary opposition was being led by Catholic activists like Nellie Gray.

How the march came to be

In 1973, Gray was in her late 40s and working as a lawyer in the Labor Department. “It was such a shock to think that anyone would kill an innocent human being,” she told a television interviewer. To allow abortion, she said, was out of character for a nation that had recently passed civil rights laws and had helped at the Nuremberg trials to convict Nazis of crimes against humanity.

Since she was familiar with Washington, D.C., other Catholic activists reached out to her about holding a rally on the first anniversary of Roe in 1974. “I received a call from the Knights of Columbus,” Gray said. “I didn’t even know who they were, but they explained their stance against abortion and needed a place to meet to discuss plans for a march. That place was my living room. About 30 people gathered there, and they asked if I could help get speakers for the event since I knew Capitol Hill well.

“What I couldn’t get was a master of ceremonies for the event,” she said. “Politicians didn’t want to get involved in a march, and people at that time weren’t interested in marches after the civil rights movement and other things. That left the emcee job to me.”

The initial march was intended to be a one-time event. But since there were still funds left over, the organizers used them to launch the March for Life Education and Defense Fund. Gray retired from her government job to become a full-time pro-life activists, running the organization from her home. Before her death in 2012, Gray had attended every March for Life, which at the time totaled 38 rallies.

Over the past few decades, the march became a focal point for pro-life organizing, with numerous events held in conjunction with the event. In 2016, ERLC and Focus on the Family hosted a major pro-life conference called Evangelicals For Life to advocate for preborn lives and vulnerable mothers, help increase awareness among evangelical Christians of the March for Life and motivate them to participate.

This year’s March for Life events will begin with a rally today at 12 p.m. ET on the National Mall. Following the rally, the March will proceed up Constitution Avenue to the Supreme Court and Capitol Building.

This article was written by the staff of the Ethics and Religious Liberty Commission of the Southern Baptist Convention.

View all posts by ERLC Staff