The ‘Heart’ of children’s ministry

BROKEN ARROW—Jesus said, “Let the little children come to me, and do not hinder them. The Kingdom of Heaven belongs to such as these” (Matt. 19:14). 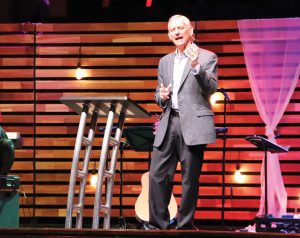 Approximately 800 preschool and children leaders from six different states gathered April 13-14 at Broken Arrow, First, at the Heart of the Child Conference, to learn more about how to minister to children, which Jesus loves so dearly.

The two-day event, which featured an all-star line-up of speakers and breakout leaders, is presented by Southern Baptist ministry partners, including the Baptist General Convention of Oklahoma; the Arkansas Baptist State Convention; Southern Baptists of Texas Convention (SBTC); and LifeWay Christian Resources. 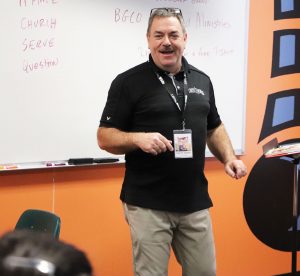 Charlie Gatton leads a breakout session at the Heart of the Child Conference.

“From the reactions and responses received from some of those who attended, the event was a huge success,” said Jones.

From music to missions, Bible skills to Church Weekday programs, camps to conference, breakout sessions were available throughout the event.

Jen Barnes, children’s director at Newcastle, First, attended the Heart of the Child event. She said, “I love the worship time, because I don’t always get to be part of the worship services working in children’s ministry. Through this event, God pours into our hearts, and we are able to pour into the kids and families at our church. It’s like a breath of fresh air.”

On Sat., April 14, there was a special remembrance and recognition of Willa Ruth Garlow, longtime Oklahoma children’s ministry leader and author who died in 2018. Her daughter, Dawnellen Pybas, led one of the breakout sessions.

For all who attended the 2018 Heart of the Child Conference, they returned home more prepared to point children to Jesus, who loves all the children of the world.

For more information on this conference and future events, visit www.heartofthechild.net.