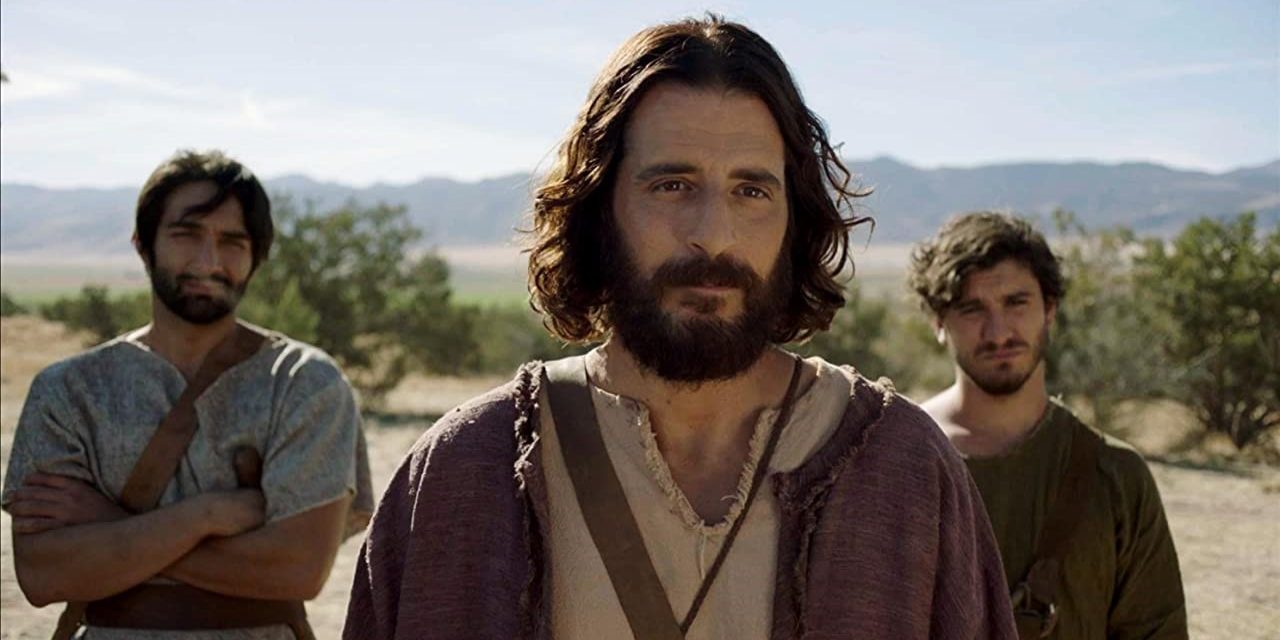 The best new thing on television isn’t on Netflix, Disney Plus or broadcast television. In fact, it isn’t even on satellite or cable TV.

It’s Season 2 of the Christ-centric series The Chosen, and it launched on Easter weekend at TheChosen.TV and several other platforms, including The Chosen app.

The series, directed by Dallas Jenkins (The Resurrection of Gavin Stone) and released by Angel Studios, tells the story of Jesus’ life as viewed by the disciples He knew. The first episode of Season 2 focused on James and John, the sons of Zebedee. Season 1 included episodes about Matthew, Peter and Mary Magdalen, among others.

It may be the best movie or television series—ever—about the life of Christ.

The acting is top-shelf; the sets and costumes appear authentic, and the storylines are gripping. The series does take some artistic license with dialogue—most Bible-based films do—but nevertheless stays true to Scripture by basing each episode on one or two specific biblical scenes.

The series has been streamed more than 110 million times since it debuted in 2017.

The Chosen is the rare Christian project that has drawn high praise from seemingly every segment of Christendom—Baptists and Methodists, Reformed individuals and Charismatics, Protestants and Catholics. It’s even united two groups that seemingly never agree about films: those who love Christian movies … and those who hate them.

It has a 100 percent score from critics at Rotten Tomatoes and a 99 percent rating from viewers.

Why is it so popular? Perhaps it’s because it’s easy to identify with the characters. You, too, are a disciple who has fallen short of God’s glory. You, too, were desperate for the Good News. You, too, needed the touch of Christ. And in each episode, we see someone impacted by those eternal truths.

Made in a Day (Disney Plus)—Have you ever wondered how sneakers are made? Or helicopters? Or tractors? Or even hot sauce? If so, then this National Geographic series—now on Disney Plus—is for you. It’s one of the most educational (and family-friendly) shows on television, and is similar to the popular series Modern Marvels. Each episode is 22 minutes. TV-PG.

Nate Bargatze: The Greatest Average American (Netflix)—It’s difficult to find family-friendly stand-up comedy, but Tennessee comedian Nate Bargatze provides it in this hilarious Netflix special. It was filmed outdoors during the pandemic, giving him the opportunity to tackle several timely topics. It’s his second comedy special on the platform. TV-G.

Life in Color with David Attenborough (Netflix)—British naturalist David Attenborough travels from the snowy Scottish Highlands to the rainforests of Costa Rica to show us how animals use the colors of nature—that is, colors we can’t see—to survive. Special camera technology was used to capture the images. It’s a three-part series, and a celebration of God’s creation.

Star Wars Vintage Collection (Disney Plus)—If you’re a Star Wars fan who grew up in the 1980s, then you likely remember the animated and live-action specials that aired on broadcast television, such as Ewoks and Caravan of Courage. Those and other specials (including Ewoks: the Battle for Endor) are now on Disney Plus. Ratings vary per show.