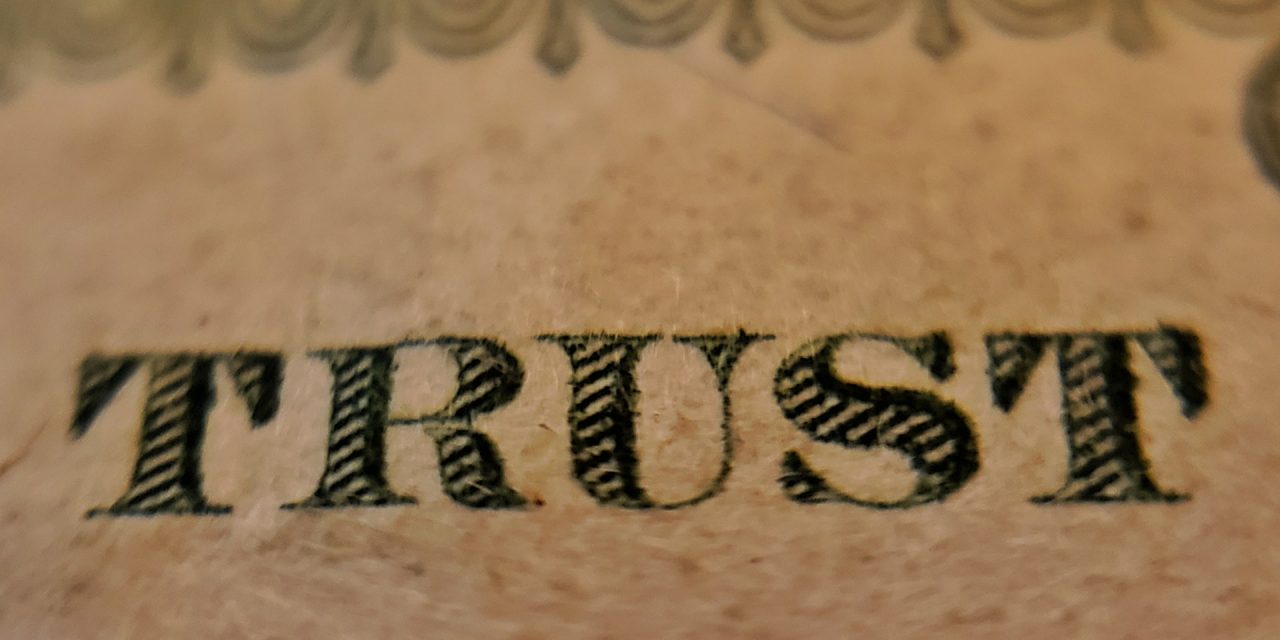 “No matter how cynical you become, it’s never enough to keep up.” I was reminded of this quote from comedian and actress Lily Tomlin.

A recent article discussed the decline of trust and the rise of cynicism, as it relates to politics and government today.

“The American National Election Studies survey, which has tracked American opinion since 1948, includes a trust index… about voters’ perceptions of government and politicians… Although these questions are about trust, they serve as a proxy for understanding cynicism because political scientists think of those two things as opposites. Cynicism goes up as trust goes down, or vice versa.”

The polls showed trust was high in the 1950s, for example, and at all-time lows in recent years. It’s not only politics, though, that has people’s levels of distrust soaring today.

The pandemic and related issues have many people doubting the information they are told. Also, a developing “deep fake” technology (i.e. photos and videos that can be edited or manipulated that still look real) has led people to believe they cannot believe what they see with their eyes.

How can Christians contend for the truth in such times? We first have to remember that doubt and distrust are part of human nature and history.

The risen Lord Jesus encountered disbelief all throughout His earthy ministry, including from one of His own followers, Thomas. Earlier, in a non-Christian context, the very term “cynicism” took root in the ancient Greek world as a school of thought. In more modern times, the Higher Criticism movement sought to deconstruct some of the most basic understandings of the Bible and truth. Cynicism, then, is nothing new.

In addition to recognizing that, I want to offer three ideas of how to dodge the cynicism surge:

1. Avoid needless speculation and conspiracies. Winston Churchill said that a lie can travel halfway around the world before truth has a chance to put its boots on. Today, on social media, a lie can now travel all the way around the world. Christians should be “quick to listen and slow to speak” (James 1:19); we should be slow to share sensational information that comes to us.

2. Focus on what we know for sure. Are you 100 percent sure of your perspective on any given issue that is dominating online conversations? I mean, 100 percent—without a doubt—sure. Most likely, none of us can honestly say that about very many issues. So it would be best to focus our energies and words on what we do know, above all, the Truth of the Gospel and that Jesus Christ, the Risen Lord and Savior, offers salvation and new life.

3. Guard your heart. It’s human nature to make comparisons. “This situation reminds me of that situation.” However, this pattern of thinking can become a trap, when the ill actions in one situation lead to a general mistrust of all. We need to guard our hearts against letting some shames and wrongs sour us to all others.

In the end, there is only one sinless, perfect person. Only one central Truth. It’s Jesus. We can always trust Him. We have nothing to be cynical about, regarding Jesus. No matter how cynical we become, let’s always keep up with Him.