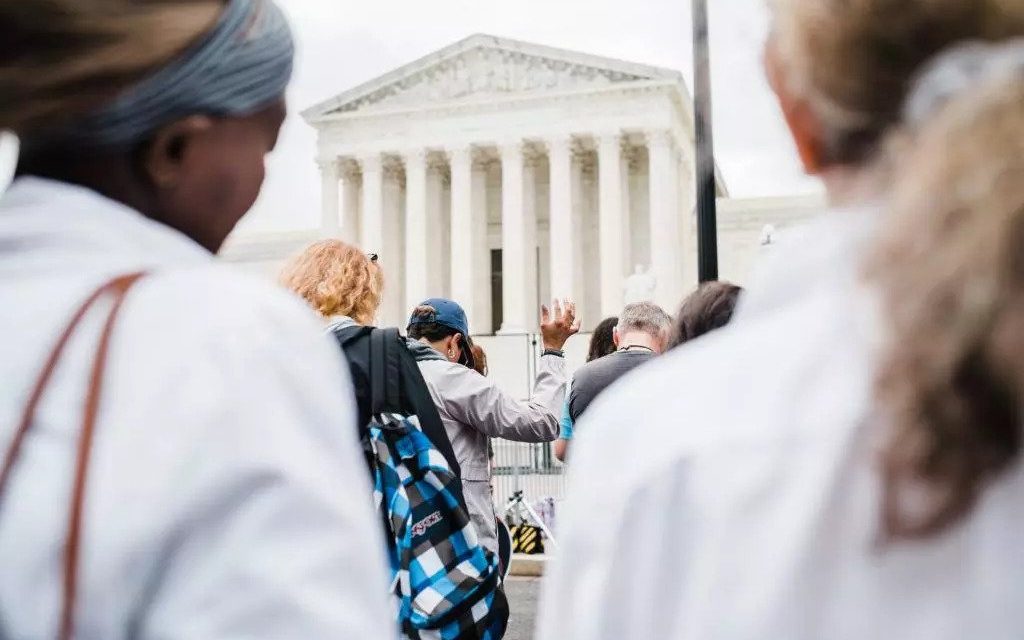 WASHINGTON (BP)—The U.S. Supreme Court overturned a nationwide abortion regime Friday, June 24, that lasted nearly half a century and resulted in the deaths of more than 60 million preborn children.

In a 5-4 opinion, the high court overruled the 1973 Roe v. Wade decision that struck down all state abortion bans and legalized the procedure throughout the country. The justices also invalidated the 1992 Planned Parenthood v. Casey opinion that affirmed Roe.

The opinion in Dobbs v. Jackson Women’s Health Organization—a case regarding Mississippi’s prohibition of the abortion of preborn children whose gestational age is more than 15 weeks—returns policy decisions on the issue to the states and marks a long-sought-for victory for the pro-life movement.

“We hold that Roe and Casey must be overruled,” Associate Justice Samuel Alito wrote in the court’s opinion. “The Constitution makes no reference to abortion, and no such right is implicitly protected by any” provision in the Constitution.

“Roe was egregiously wrong from the start,” Alito wrote. “Its reasoning was exceptionally weak, and the decision has had damaging consequences.

“It is time to heed the Constitution and return the issue of abortion to the people’s elected representatives.”

The high court’s opinion “marks a true turning point in the pro-life movement, as Christians, pro-life activists and many others have worked tirelessly for 50 years to see this moment in our nation’s history,” said Brent Leatherwood, acting president of the Southern Baptist Ethics & Religious Liberty Commission (ERLC). “Their commitment to uphold human dignity and justice has achieved the most significant victory in the history of the pro-life movement.”

Messengers to the Southern Baptist Convention’s annual meetings have adopted multiple resolutions since 1980 in support of pro-life protections. The ERLC had joined a friend-of-the-court brief in support of the Mississippi law that also urged the Supreme Court to overrule the Roe and Casey opinions.

The Dobbs decision followed the leak in early May of a draft opinion by Alito that indicated the high court would reverse Roe and Casey if the majority at the time remained in support.

With the overruling of Roe and Casey, 26 states are certain or likely to prohibit abortion, according to the Guttmacher Institute, a research and policy organization affiliated with the abortion-rights movement.

It is estimated more than 63 million abortions have occurred since the Roe decision, the National Right to Life Committee reported in January of this year.