CrossTimbers Children’s Mission Adventure Camp stands on the shoulders of the rich legacy of Camp Nunny Cha-ha for girls and Camp Hudgens for boys and their heritage of teaching children the value of missions.

In 2006, while I was serving on the BGCO board, as a pastor, I was asked to chair a task force to make recommendations regarding the future of the children’s mission camps. Both camps had experienced a decline in participation due to the shift away from mission education programs in churches.

The task force was made of both G.A., Girls in Action, and R.A., Royal Ambassador, leaders. In the course of exploring the options for the future, the task force took a day to tour both camps, ending up at Nunny Cha-Ha where we closed the tour in a prayer circle in front of the staff house.

We left that prayer time with a clear sense that the next step for our children’s mission camps was to combine the camps at the Camp Hudgens location in McAlester. Over the next couple of years, the steps were taken to establish what is now known as CrossTimbers with camps starting in 2008.

Mark Jones, then-BGCO Children’s Ministry specialist, developed the program structure that is still in place today, and he served as the first program director. In just a few years, a very good problem arose. The camp filled to capacity, and, even though additional sessions of camp were added, the capacity was maximized.

Many churches had to be turned away. This dilemma, and other factors that caused non-feasibility for expansion at the camp at McAlester, caused our leadership to explore other options for a camp location.

In an amazing way, God provided the availability of the Assemblies of God camp near Turner Falls in 2012. Through the generosity of the Green family, the BGCO was able to acquire that facility with camps beginning at the Davis location in the summer of 2013.

This move more than doubled the capacity of the camp and allowed many new churches to attend. With the camp at Davis now also at capacity, with nearly 4,500 campers attending each summer, God has once again answered the need. He has provided an opportunity for Children’s Mission Adventure Camp to be held at Grand Lake Baptist Assembly in Grove, in 2019.

In this 10th anniversary year of CrossTimbers, attendance has grown from 949 in 2008 to more than 4,000 this year. More than 2,500 boys and girls have professed their faith in Christ, and more than 5,000 total decisions have been recorded.

All of these great results happened while CrossTimbers kept a clear focus on teaching boys and girls what God is doing around the world in missions. My favorite statistic of the last 10 years is that, during the last summer of camp in McAlester, there were more professions of faith made than campers who attended Camp Hudgens in the final year of R.A. camp.

I look back and vividly remember that prayer circle at Nunny and the sense that God was clearly leading in this direction. Now, almost 12 years later, God has affirmed His direction as we celebrate CrossTimbers turning 10. I hope you will join me in rejoicing and pray for the Lord’s continued blessing and guidance for the years that are ahead. 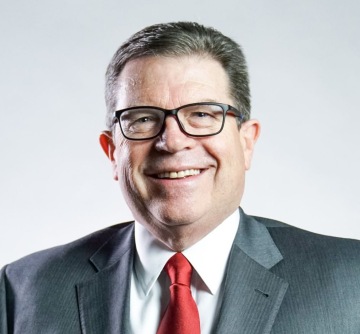 View all posts by James Swain