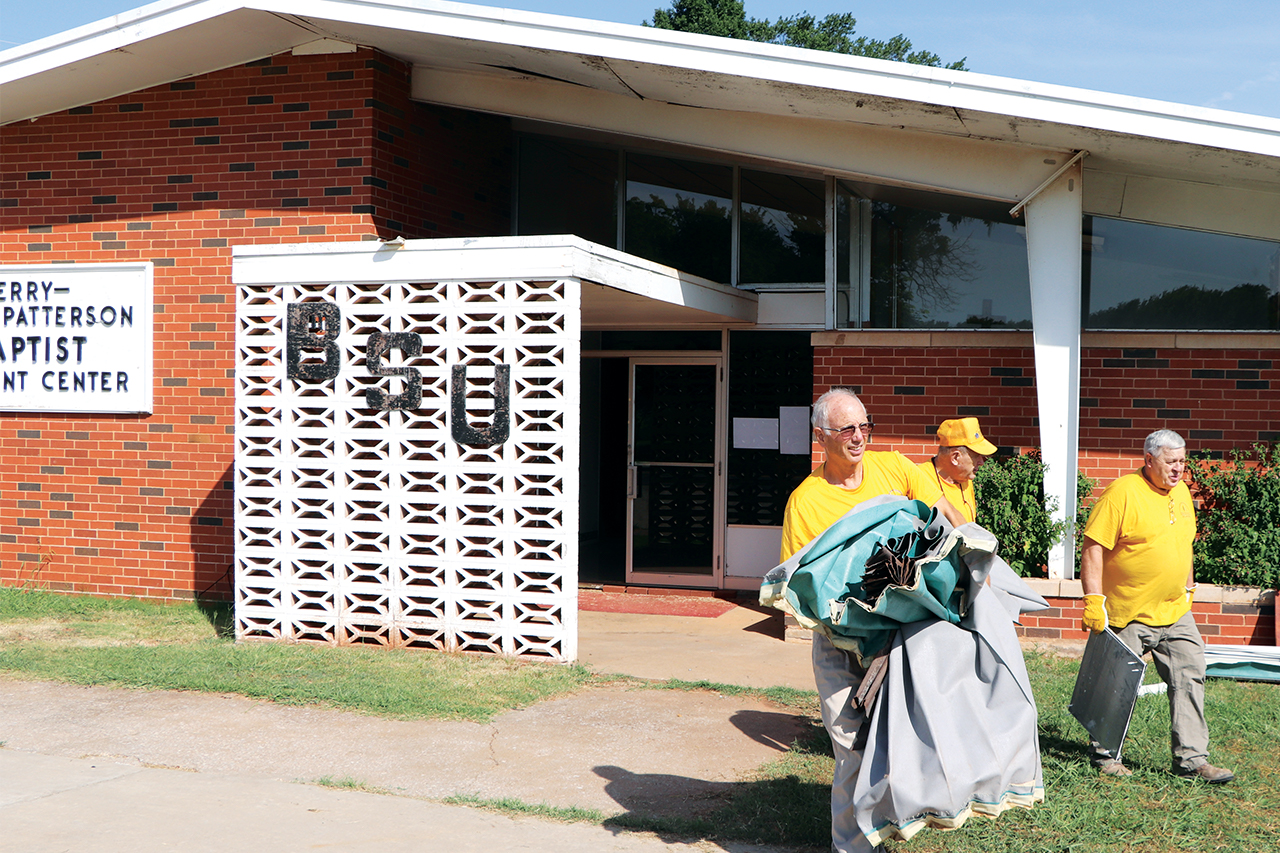 Volunteers with the Oklahoma Baptist State Convention and Oklahoma Baptist Disaster Relief are renovating the Baptist Student Center at Langston University, with plans to have the building makeover completed in time for the fall semester of school.
[Photos by Brian Hobbs]

Volunteers with the Oklahoma Baptist State Convention and the Baptist General Convention of Oklahoma’s (BGCO) Disaster Relief, spent countless hours during the hot summer days of July and into August working on the building, as the beginning of the fall semester of Langston University nears.

From “Demolition Day” on July 20, in which aspects of the building were cleared, and old furnishings removed, to days of remodeling, the property will have a brand-new look by the time school begins in mid-August. 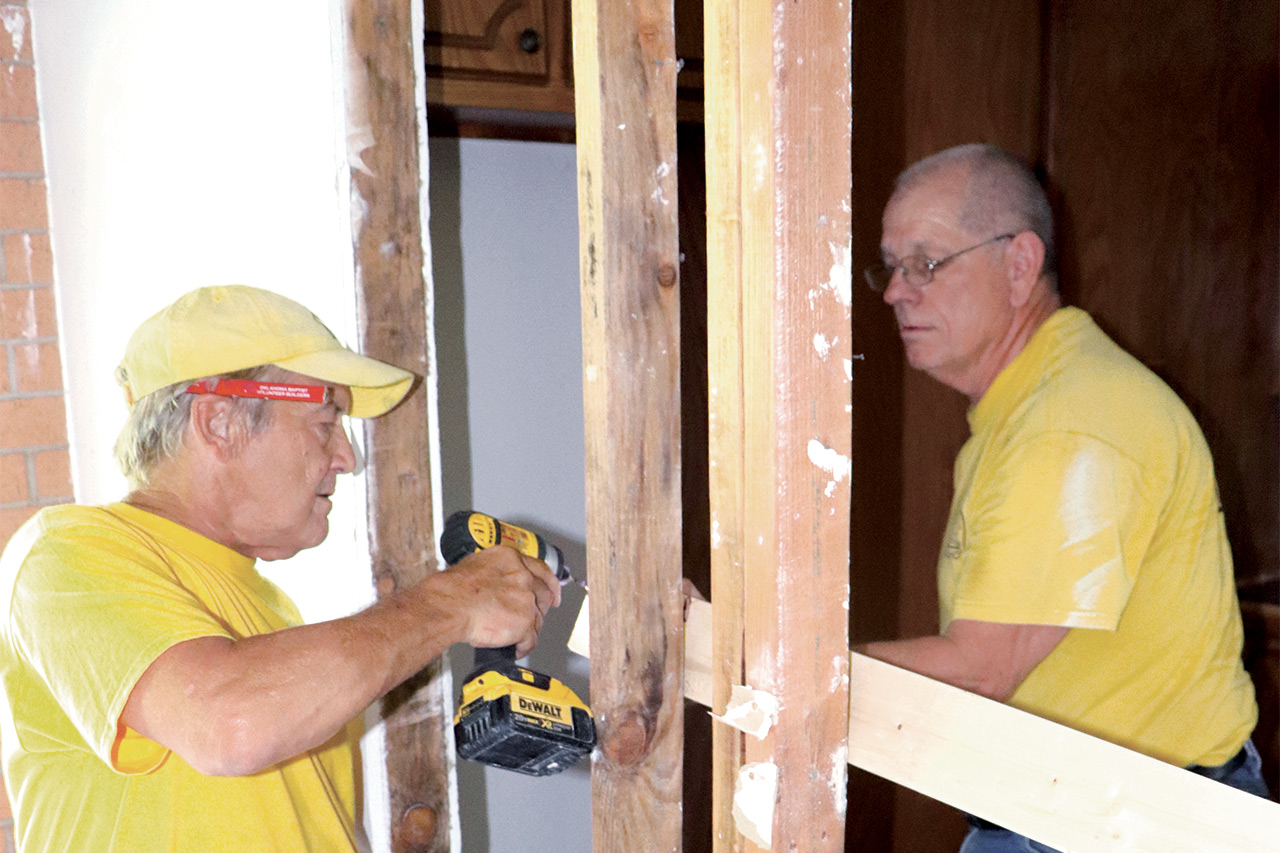 Volunteers spent time replacing drywall, painting, cleaning, giving attention to ceilings, roofing and flooring, as well as renovating kitchen and bathroom spaces, all of which will enhance the property’s functionality and appearance.

Days before the renovation began, leaders with the BGCO and the Oklahoma Baptist State Convention had announced the hiring of the new Langston BSU/BCM director, Bertholomew “Prophet” Bailey and about efforts to refurbish the property.

In speaking about the shared ministry work at Langston, Pastor Anthony Scott of North Tulsa, First said, “As President of the Oklahoma Baptist State Convention, I am excited about this new Kingdom partnership with the Baptist General Convention of Oklahoma and Dr. Hance Dilbeck.” Scott is one of the many distinguished alumni of Langston University. 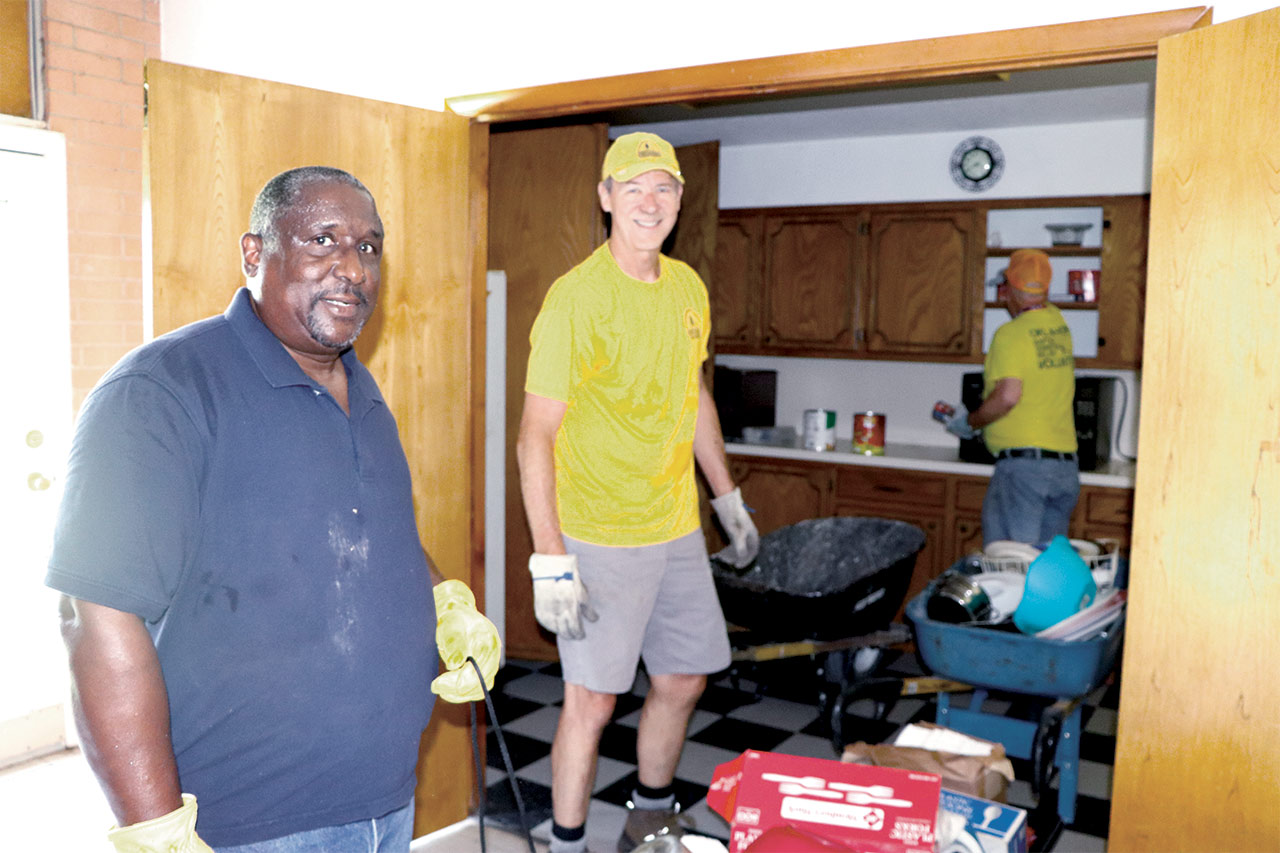 Hance Dilbeck, BGCO Executive Director-Treasurer, added, “The ministry work at Langston—past and present—is a remarkable example of God at work in this important area. We are grateful to the Lord for this ministry partnership with Pastor Scott and the Oklahoma Baptist State Convention.”

The BSU/BCM at Langston has a storied past and, with these latest improvements, an even more impressive potential for future ministry at this historic and well-known University.
As the fall semester nears and the renovation is completed, look for additional Baptist Messenger coverage about the BCM ministry.