EVANSTON, Ill. (BP) — A ruling by the United Methodist Church’s highest court has upheld the denomination’s support of traditional marriage and its opposition to LGBT ordination. The ruling, some evangelical commentators say, could portend a split in the UMC.

“The United Methodist Church is not going to be able to hold together” as its liberal and conservative elements espouse conflicting views of human sexuality among other matters, R. Albert Mohler Jr., president of Southern Baptist Theological Seminary, said today (April 29) in his podcast “The Briefing.” “It is not going to be a united Methodist Church. The polarities within the denomination are simply too great.” 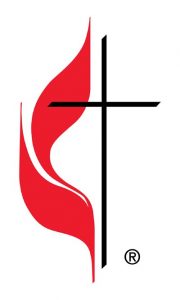 In an April 26 ruling, the UMC’s Judicial Council upheld 10 of 17 petitions in the Traditional Plan narrowly adopted by delegates to the UMC General Conference in February. The Traditional Plan affirmed the UMC’s longstanding declarations that “the practice of homosexuality is incompatible with Christian teaching” and that “self-avowed practicing homosexuals” cannot be ordained to the ministry or married in the UMC.

The Traditional Plan also defined the terms in its policies more precisely amid longstanding defiance by Methodists who favor full inclusion of individuals identifying as LGBT in church leadership. The Traditional Plan established a one-year suspension from ministry for clergy who perform a same-sex wedding for the first time and loss of ministerial credentials for a second offense.

The 10 petitions upheld by the Judicial Council during a meeting in Evanston, Ill., include all key provisions of the Traditional Plan dealing with same-sex marriage and homosexual ordination, according to media reports.

The seven petitions not upheld dealt with “a few rules of enforcement in compliance,” WORLD reported. Among petitions struck down, according to Christianity Today, one called for a committee “examination to ascertain whether an individual is a practicing homosexual.” Another required Methodist leaders to certify they would abide by the rules of the Traditional Plan.

In a separate April 26 ruling, the Judicial Council upheld a UMC policy — known as “gracious exit” — allowing congregations that disagree with the UMC stance on sexuality to leave the denomination with their property and buildings, which legally belong to the UMC and not the congregations.

Liberal Methodist groups, including the Reconciling Ministries Network, said they will continue to advocate for LGBT inclusion among United Methodists.

“The outcome of the Judicial Council deliberation is not surprising and does not change our plan to continue to resist the decisions of General Conference 2019,” Reconciling Ministries Networks said according to Religion News Service.

Mark Tooley, president of the conservative Institute on Religion and Democracy, acknowledged “some disappointed church liberals still hope for revocationof the Traditional Plan at the next General Conference in 2020. But the wiser among them realize that membership trends, with growth in Africa and decline in the American church’s most liberal regions, preclude such hope.”

As theological liberals leave the UMC, Tooley wrote in an April 29 blog post, “there are traumatic and exciting years ahead for Methodism.”

“Shorn of these clergy, including most U.S. bishops, nearly all the official seminaries, church agencies and other institutional forces for cultural conformity, global United Methodism will have to develop new resources as a countercultural force in America,” Tooley wrote. “There will be new seminaries and other forms of theological training, new publishing and media outlets, new less inert agencies, new concepts of episcopal leadership, new focus on soul-winning and church planting, new understandings of Christian community that is joyfully countercultural.”

The Traditional Plan is scheduled to take effect in January 2020.