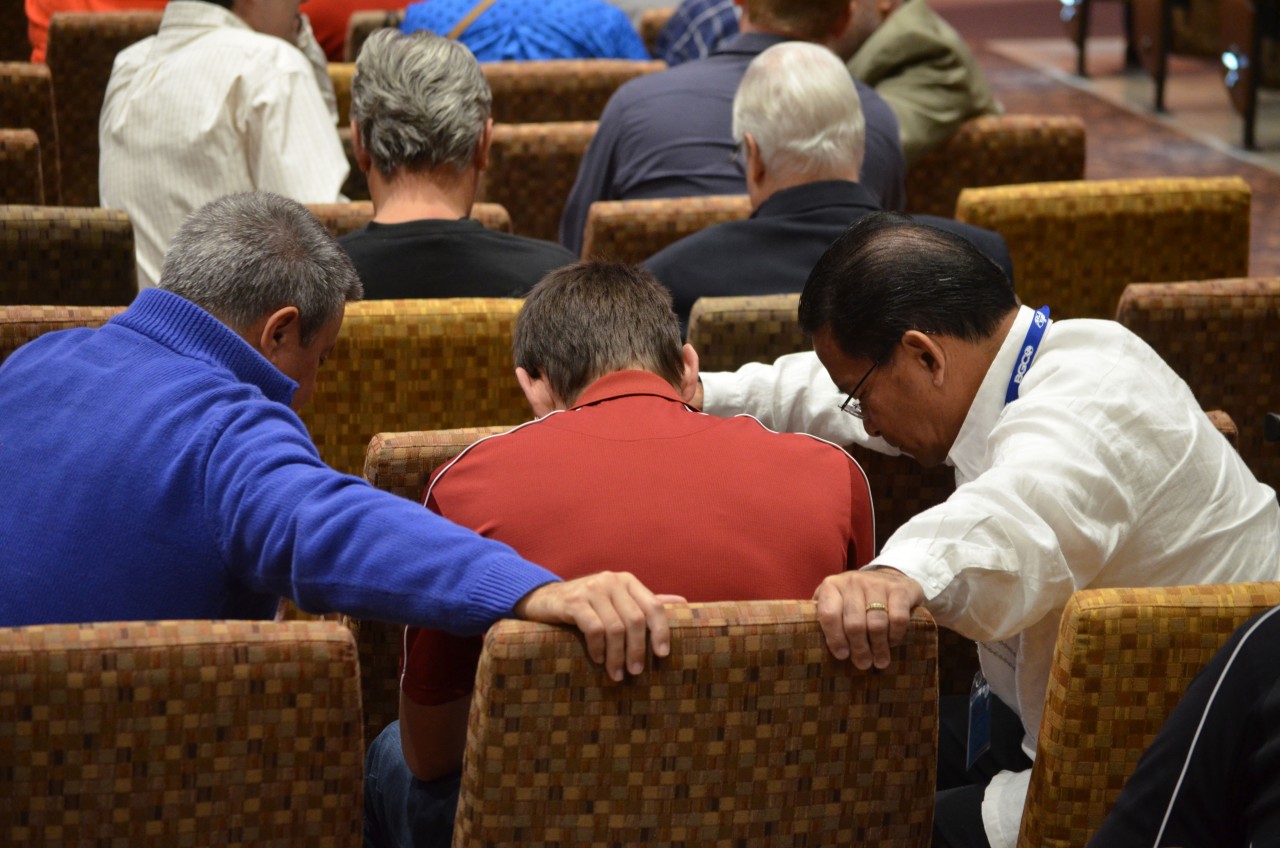 With the theme “Get Him Up,” the 2016 Pastors’ Conference elevated Jesus, as the seven speakers made an emphasis on Jesus being the focal point of their messages. Many attended the two sessions on Mon., Nov. 14, at Oklahoma City, Quail Springs.

Rusty McMullen, pastor of Sayre, First, led off the Pastors’ Conference, speaking from 2 Cor. 4:1-7 and sharing how he experienced a time of discouragement in his preaching ministry. He met with a mentor who told McMullen what was causing him to doubt his ability to lead. The mentor said, “Rusty, you made one common mistake that most men make to lead a church. You assume you’re the shepherd of that church and not Jesus.”

“Our people need to experience Jesus and not you,” McMullen said to attending pastors. “If we don’t proclaim the word, not just from the pulpit, but by our actions daily, our people will not see 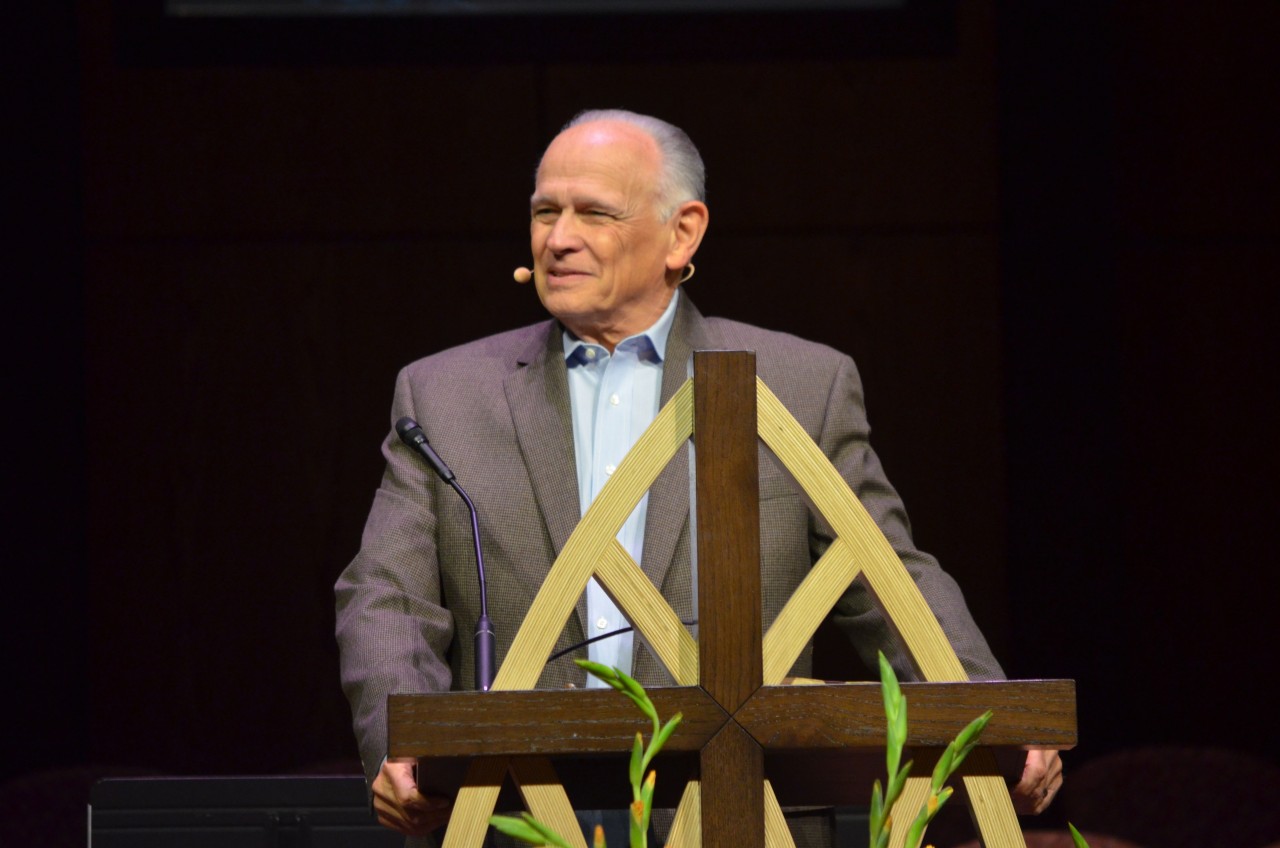 Longtime Oklahoma pastor Ted Kersh spoke on how pastors should be acknowledging Jesus and referred to the passion of Joseph of Arimathea in Matt. 27, when he requested the body of Christ

from Pilate. Kersh said pastors should acknowledge Jesus as the one who supplies, the one to serve and the one who took place of death for sinners. He made the emphasis of how the church is the Body of Christ.

“If you will look at your church and say ‘Today, I serve the body of Jesus,’ it will change your life,” Kersh said.

“Negativity is a cancer. There’s some good in the worst of us and some bad in the best,” Wilson said. “You need to see the worth in the worst and understand that they are children of the King.” 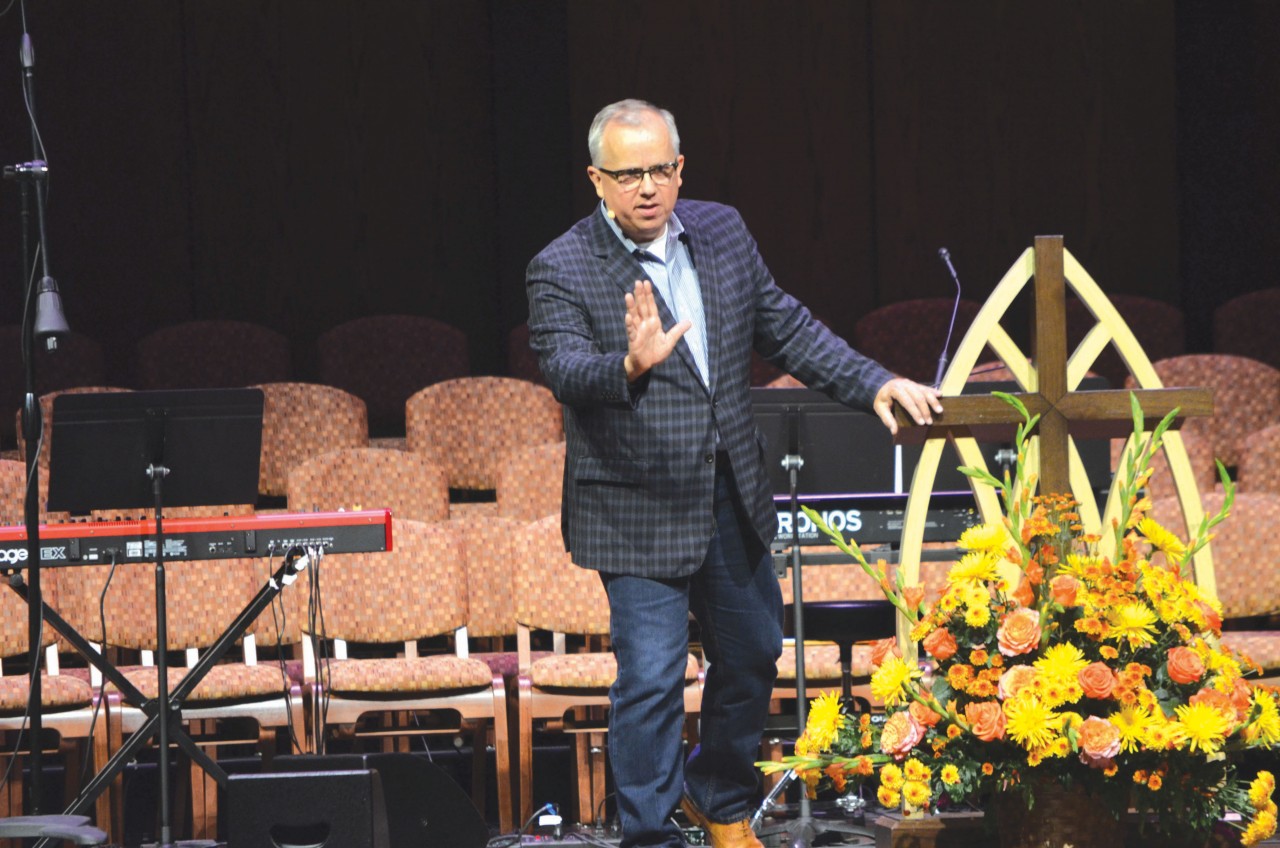 Ed Litton, pastor of North Mobile, Ala., Redemption, concluded the morning session, giving a message on envy from Psalm 73. He said there isn’t a subject “more relevant” for pastors than dealing with envy.

The afternoon session began with Justin Sampler, pastor of Inola, First, speaking from Matt. 12:38-42 and asking “Is God’s Word enough?” He referenced how the religious leaders were asking Jesus for a sign for them to believe in Him. Sampler said seekers of Jesus should recognize the sign of Jesus’ death and resurrection, as Jesus Himself used the story of Jonah as a sign.

“Jonah could never have imagined that his entire ministry was a foreshadow to serve as a great sign of the One that is to come, which is Jesus Christ,” Sampler said. “You and I can trust the Scriptures. This is what Jesus has given, a sign of his death and resurrection. We can believe that it is true because it is absolutely true.”

Kie Bowman, pastor of Austin, Texas, Hyde Park, spoke on “Do you still have ambition for the mission?” Sharing from Rom. 15, he asked pastors if they were as focused now as when they began their 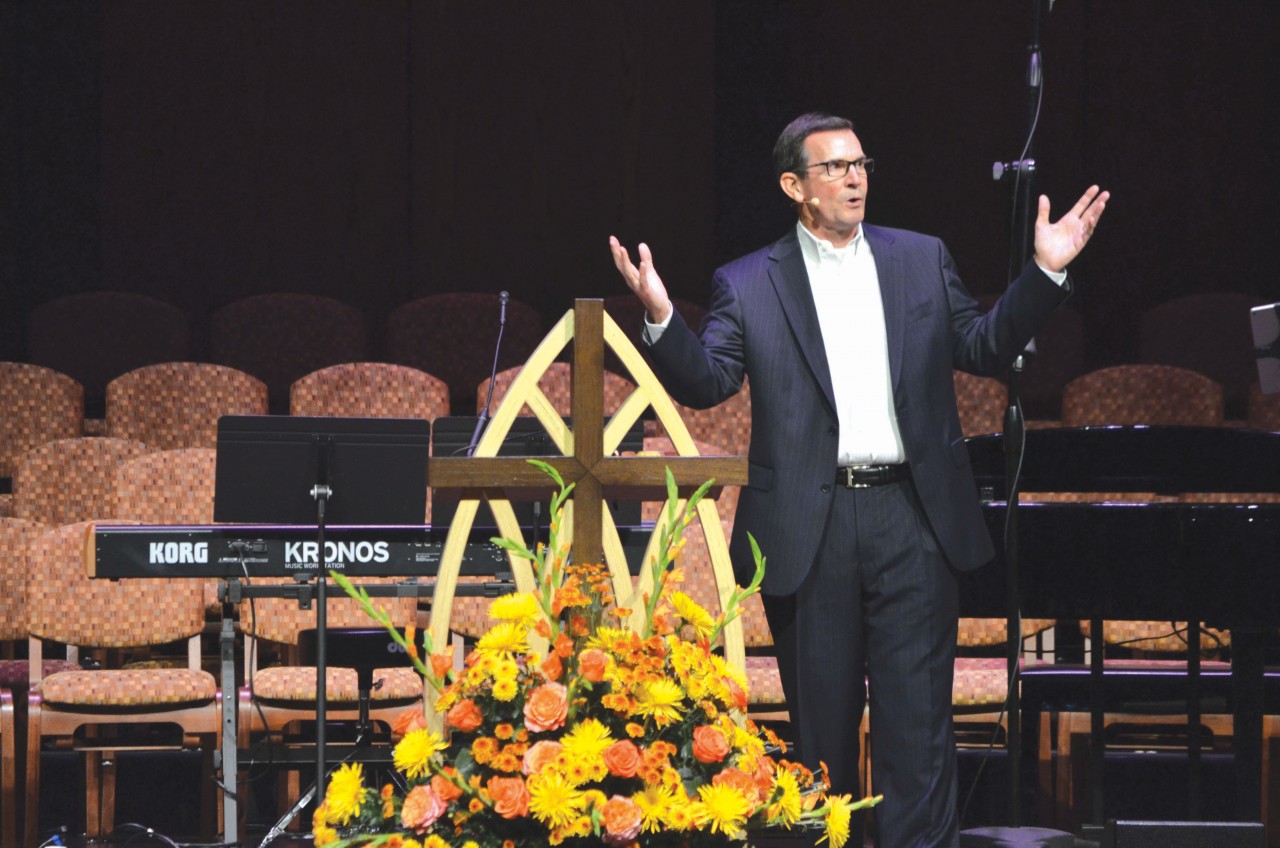 know what’s going to happen in my life, but I do know this: I want to win people for Jesus Christ.”

Herb Reavis, pastor of Jacksonville, Fla., North Jacksonville, concluded the Pastors’ Conference with a powerful message from Rev. 1 titled “The Kind of Church God Attends.” With many humorous

analogies of churches today, Reavis challenged pastors to return to sharing the Gospel and focusing on the things that matter to God.

“Do you really think there is a number that will impress God? He made galaxies,” said Reavis. 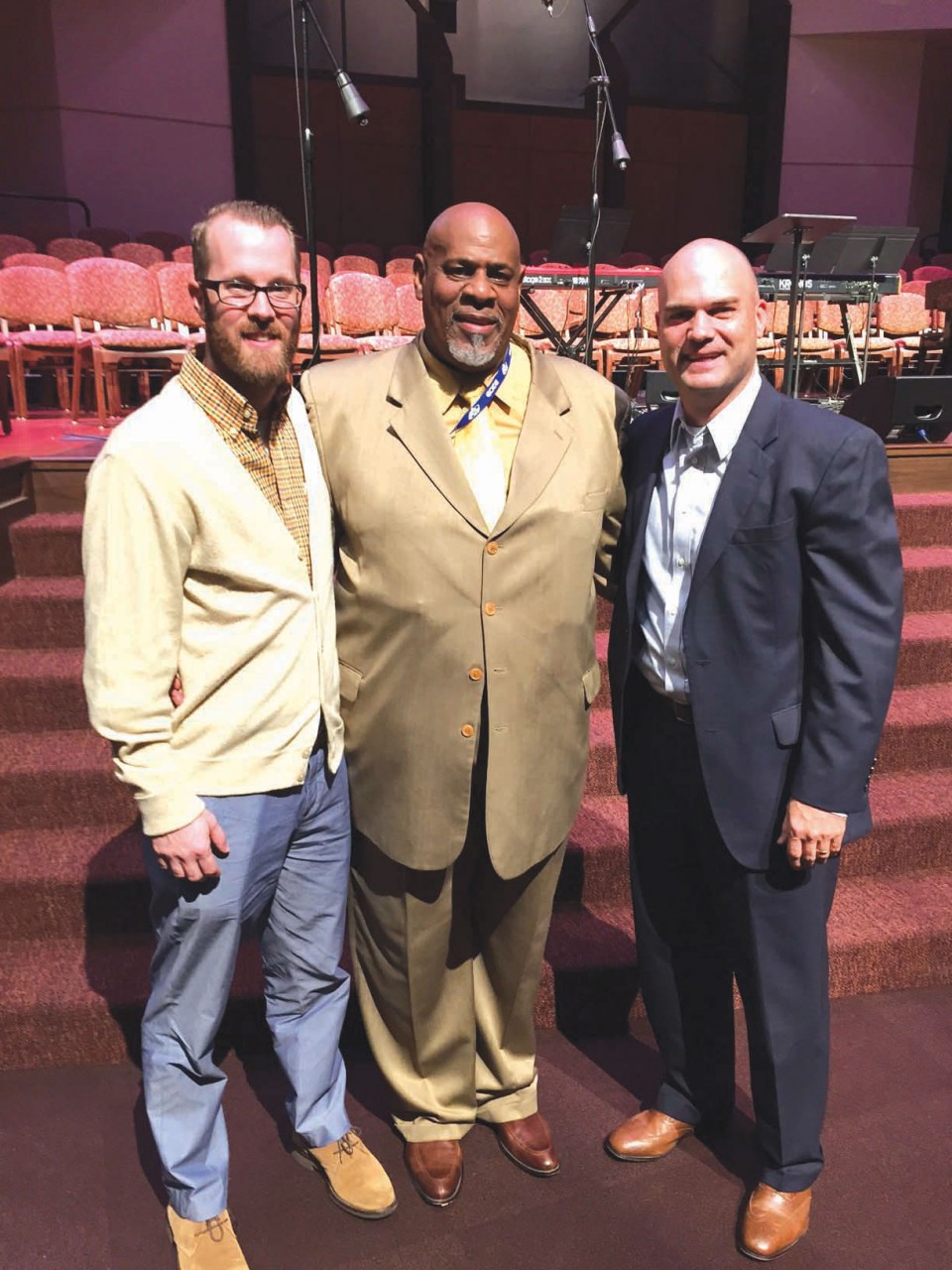 Keith Wiginton, pastor of Claremore, First, will serve as president of the 2017 Pastors’ Conference. He was nominated last year as first vice president and president-elect.