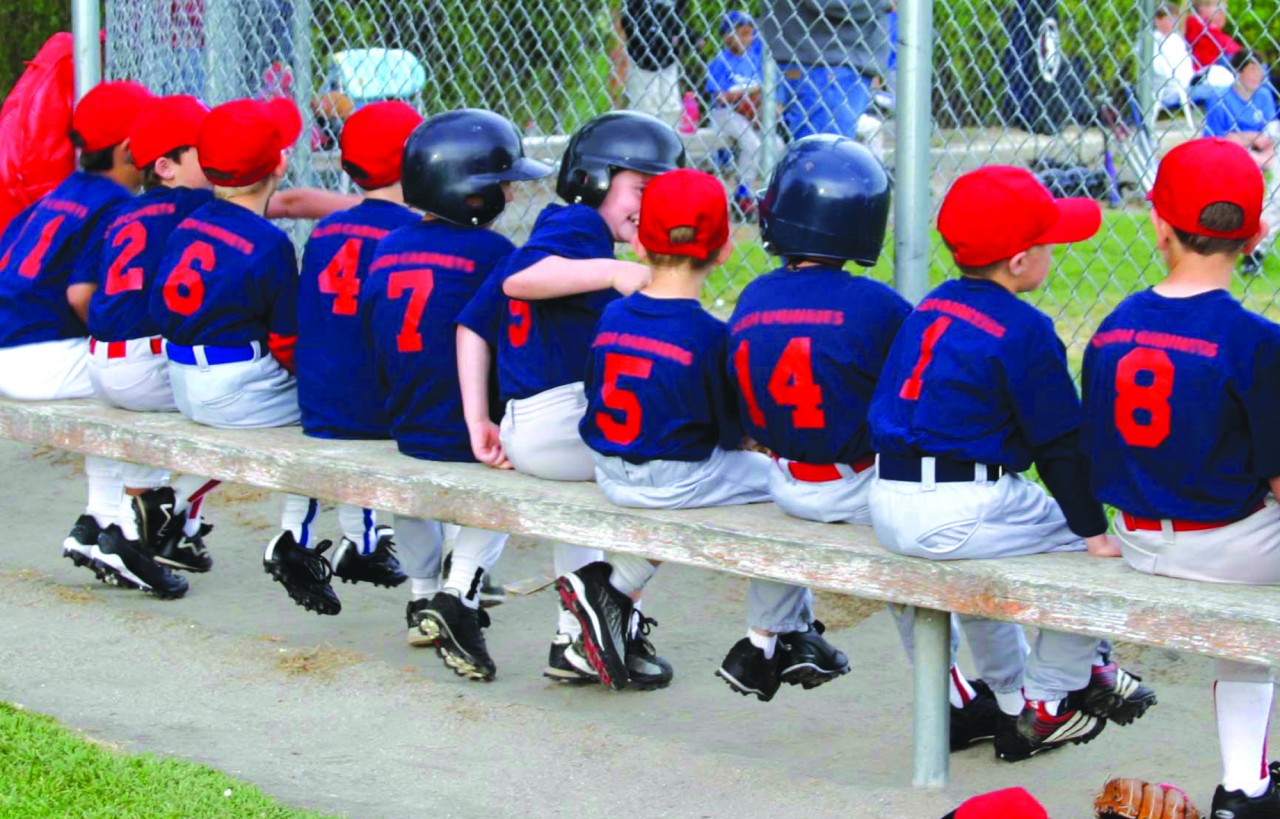 Sports is an interesting topic for me to write about since I’ve never played an inning, a down or a match. I’ve never been up to bat or down a break. Nevertheless, sports have always, in some way, been a part of my life.

1. A tradition to pass down

I grew up in the deep South where college football is king, and your allegiance begins at an early age. “Roll Tide!” has been a part of my vocabulary since I can remember and is still a reminder of my roots. This tradition has been passed on to our eight children. Although they have spent most of their lives in the beautiful Bluegrass, their football allegiance lies with the Crimson Tide. Our seven-year-old daughter proudly says her favorite color is crimson, not red.

The tradition we get to pass down in our family is one of the reasons, as a mom, that I love sports. Sinclair Ferguson once said in a talk, “We should tie many strings to our children.” This is one of the strings we have chosen to tie to ours. It is a part of our family identity. It’s a part of who we are. It’s part of being a “Prince.”

Something changed dramatically in my life 25 years ago that would transform the way I thought about sports forever. I met a young college baseball player named David Prince who I would later love, marry and have eight children with. He could have tolerated my sports ignorance, but instead, he brought me into his sports world. He told me about his favorite game, baseball. We watched games, we went to games, and he taught me to keep the baseball scorebook. He and his sports dad had a little fun at my expense along the way, making things up to see if I was gullible enough to believe them. So much so, that it took years for David to convince me that there really was such a thing as a balk in baseball.

But the point is, I began to see the value in sports, because it became something we shared in common. This knowledge was invaluable to me in the first years of marriage as he coached in high school and then a few years later as we began to have children. I got to see a side of sports I had never really considered; the preparation, the training, the strategy, the time spent, the relationships fostered, the sacrifice, the passing along of something—all of these are aspects of a team. A team is a group of people working for a common goal who are willing to use 100 percent of their talents to sacrifice for that common goal. This sounds a lot like a marriage, family and the church.

As our family began to grow and our boys started playing sports (our three oldest are boys), we found ourselves at the ballpark a lot. This was a new experience for me, not having grown up playing sports. To be truthful, I was a little overwhelmed. I didn’t realize that people actually did this. It takes a lot of time and commitment. There are game days and practices—lots of practices. Trying to get red clay out of those white baseball pants still gives me nightmares. I really had no idea what I was getting into when our children started playing sports.

3. A platform for training

All kinds of scenarios happen on the field, and how they respond to them reveals something about their character. Win or lose, success or failure, these things reveal character and provide ample opportunity for training our kids. Many talk of sports building character, and that is true, inasmuch as when a character trait is revealed, it is either encouraged or discouraged. Sports do not just build good character automatically, but they do provide fertile ground in revealing it and cultivating it in the right direction for parents who are intentional.

As I consider this, a few memories come to mind. Like the time our youngest son was in a T-ball game and got hit right in the nose with a baseball that took a bad hop when he was fielding it. His nose immediately started pouring blood. But how did he respond? He cried a little first, but he got self-control, his dad helped to stop the bleeding, and then he went right back out and played first base. In fact, he got the next out on a tough play when the ball was hit to him. What did this reveal? Courage, toughness and tenacity. These are traits we want him to have. He was put into a situation that revealed what was in his heart. In this case it was good. He asked, and was allowed to proudly wear that bloody shirt the rest of the day—his reward!

They are not all good memories though. There was the time our daughter was losing a tennis match. Her body language and demeanor were horrible. She basically stopped trying. What did this reveal? Self-pity and cowardice. After that, we knew what to work on.

One thing I’ve learned at this stage of life, now that we have grown children out of the home and six children still at home, is that you should use every teachable moment—and almost every moment is teachable. Every at-bat, game, match, service point, conversation in the car, vacation, homework assignment and dinner around the table is important. It’s true, they do grow up fast. So spend all the time with them you can. Give them a sense of tradition, of rootedness. Teach them what it means to be a good teammate. Look for opportunities that reveal their character, and train them toward godliness. And, if sports can help you do so, like it has us, then by all means, this unathletic mom says, “Let’s play ball!”

View all posts by Judy Prince