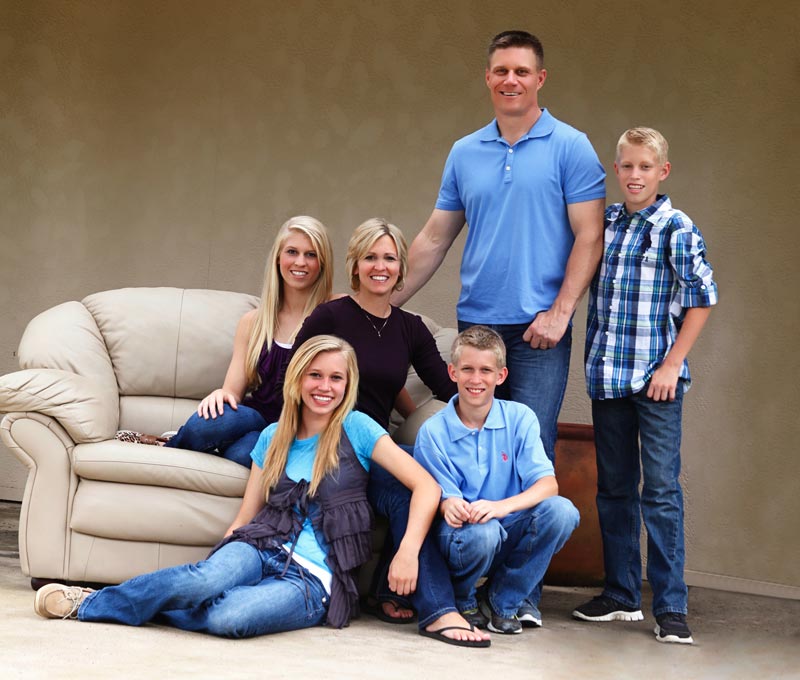 Hope came to Todd and Melanie Thomsen in the form of a tiny baby girl.

Aneli Hope was born just two months after the death of her 4 1/2-year-old brother, Tal, who lost a three-year battle with a brain stem spinal cord tumor.

“She was our hope,” said Thomsen. “God knew we would need her to help fill the hole and give her mother a reason to get out of bed.”

Thomsen, who works with the Fellowship of Christian Athletes (FCA) and is a state representative from District 25 in the Oklahoma House, was the kick-off specialist and punter for the 1985 University of Oklahoma national championship football team and Academic All-America in 1987.

The death of their first-born son was the most transformational thing in their lives, said Thomsen.

“It has had a life-long impact on us in a variety of ways, individually, collectively, everything,” he said. “Tal was a foundational part of our lives which directly connects to each one of our kids.”

Each of their four living children has a name that comes from something connected with Tal.

“Tal ended up having 85 procedures in Phoenix, Dallas and multiple times in Houston,” he said. “We spent a lot of time at MD Anderson in Houston, and while there met a Turkish man in the Ronald McDonald House.”

Thomsen said he and the man became good friends, talking late into the night. He gave the man a Turkish Bible and a copy of the Jesus film. 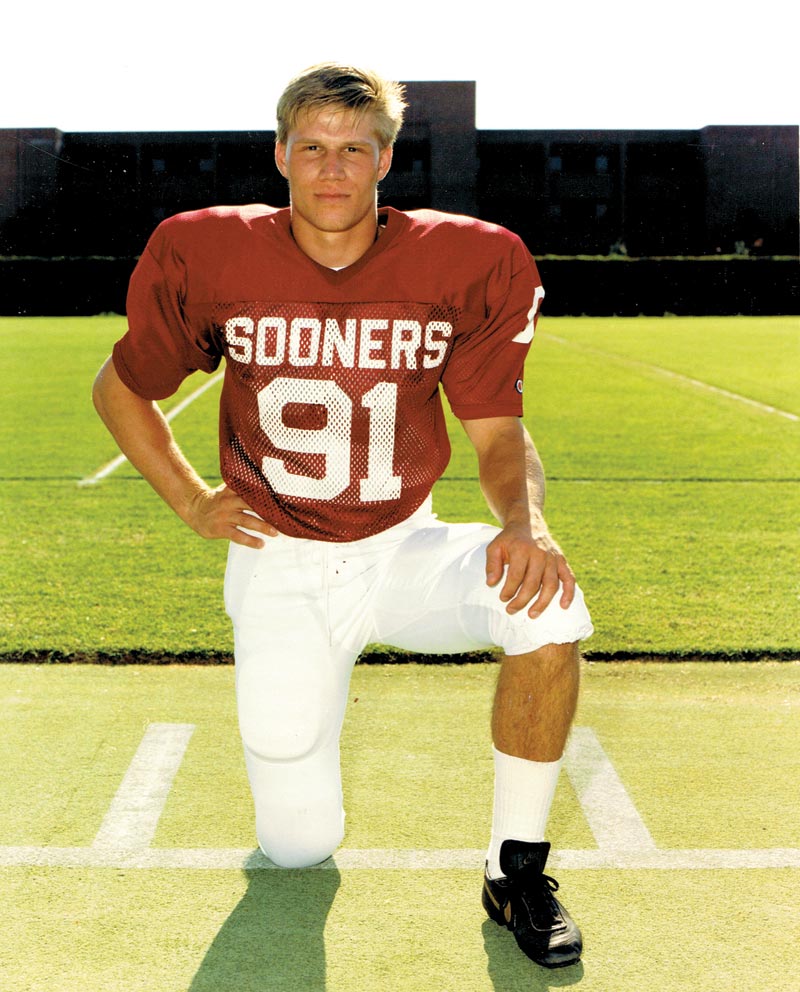 “Our oldest daughter, born when Tal was 2, is named Menee, after the man’s wife,” Thomsen revealed. “Aneli’s name is a combination of the names of two of Tal’s nurses.”

“The preacher who preached Tal’s funeral said he was going to pray that God would bless us double some day,” Thomsen explained. Tovan’s name comes from Tal’s favorite movie, “Beethoven,” and Tyde has Tal’s middle name, Jacob.

Thomsen said through all of Tal’s procedures, a miraculous surgery got all of the tumor out of his brain stem, and he rehabilitated to the point he could walk, even doing gymnastics, just to slip away through a variety of complications and pass away in his parents’ arms.

As an 11-year-old, Thomsen entered the Punt, Pass and Kick competition in his hometown of Sapulpa, won there and then won the state championship, the Texas championship and went to Detroit for the nationals, where he came in second.

“That locked me into punting, kicking and passing the ball,” said Thomsen, who was quarterback on the Sapulpa football team.

He said he was recruited to be a quarterback at some small schools, but when OU recruited him to be a kicker, it was a dream come true to play for Coach Barry Switzer and the OU Sooners.

“I was in a pretty rare group who can say they got to start in four OU/Texas games and never lose,” said Thomsen.

His first year (1985), he kicked off, transitioned the next year to the kick off guy and punter, and the last two years did kick offs, punts and held for field goals. Thomsen set an Orange Bowl record in the 1987 game with five punts for a 47.6-yard average. 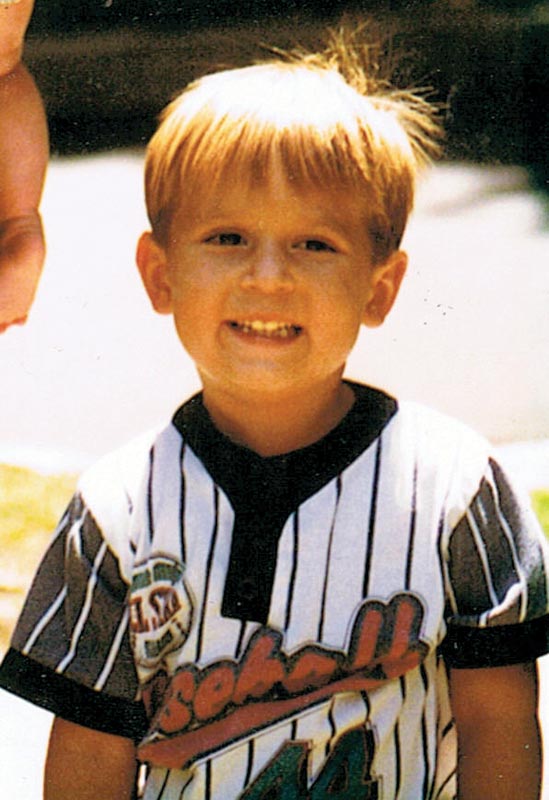 He was also a state champion wrestler his senior year in high school.

“Accepting Christ was the easy part,” he admitted. “The transformation part has been a process over the years, being refined and toned through various activities and opportunities.”

When he was in the 8th grade, Thomsen received a scholarship to an FCA camp, where Tom Landry (Dallas Cowboys coach) and Steve Davis (OU quarterback) were supposed to speak.

“It was the first time I’d been to a camp where I saw guys who were big, strong and fast carrying God’s Word and bowing their heads to pray before they ate,” Thomsen remembered. “They demonstrated the manliness of being a Christian.”

That one experience with FCA led to an FCA meeting at OU, which got him connected to team chapels and to FCA.

“A lot of people criticize Coach Switzer, but one thing I’ve always admired him for was he gave FCA the open door to do those chapels, and he always attended,” Thomsen pointed out. “I heard some of the greatest speakers in my time at OU at FCA chapels—some of the most memorable testimonies I’ve ever heard.”

After Thomsen graduated from OU with a management information systems degree, he was unsure what he wanted to do. Chuck Bowman, state FCA director at the time, invited him to work for FCA for a year before deciding what to do. Twenty-two years later, he’s still with FCA, as area director in the Ada region. 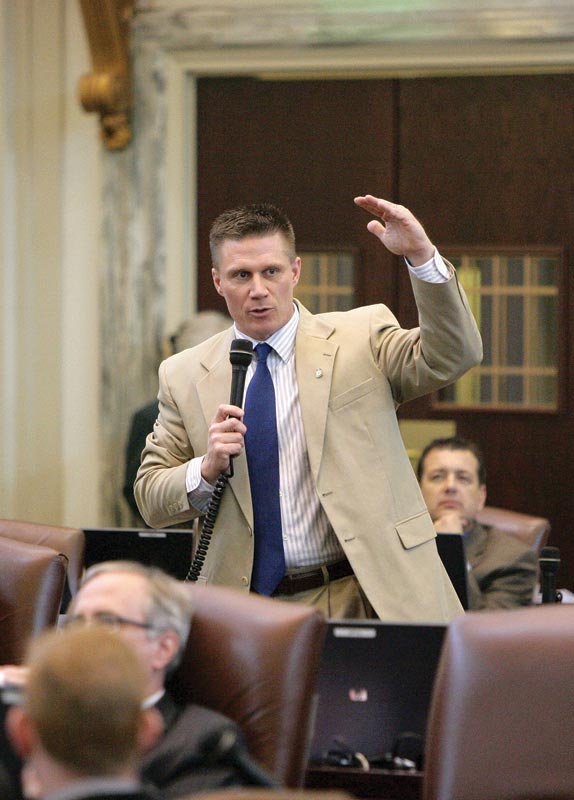 When Thomsen was asked to run for state representative, he said that was so far off his radar screen, he thought it just might be something that God could do.

“It took me completely to an area that is uncomfortable and challenging,” he said. “It took me eight months to make a decision to run.”

Thomsen ran as a Republican in 2006 in an area that is two-thirds Democrat, and had the closest race in state history. He lost by two votes, and in a recount, won by two votes. He was reelected to his fourth term in November. He received the Distinguished Service Award from the Oklahoma State Regents for Higher Education in 2010 and 2011.

Thomsen, who is a member of Ada, First, said he has had opportunity to take part in great ministry the last 22 years.

“Outside our experience with Tal, my experience through FCA has had the greatest influence in my life, because of seeing guys I look up to as athletes challenge, inspire and emulate Jesus in their daily lives,” he said. “To coin the commercial line, the impact FCA has had on me is priceless.”