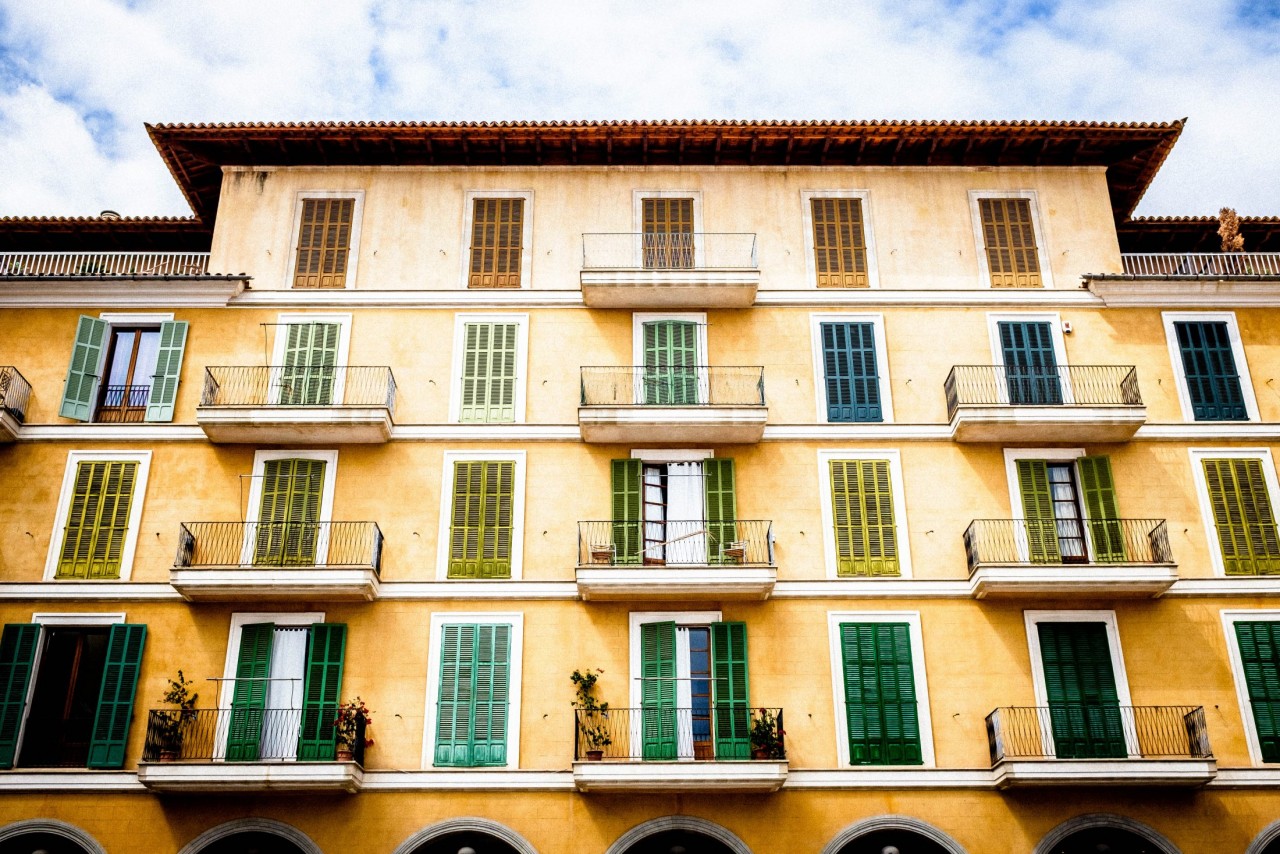 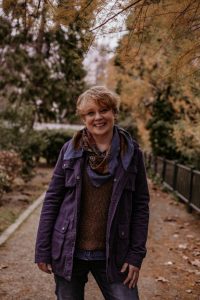 Jan Johnsonius, a worker with IMB, has lived in Madrid for 17 years. (Photo by Adrienne Marlin)

MADRID, Spain— The streets are eerily silent. It’s as if the life has been sucked out of this vibrant capital of Spain, this city of Madrid that nearly 4 million people call home. The Coronavirus quarantine has been in effect for several days now as everyone shelters in place. But behind all the closed doors and windows in the myriad of towering apartment buildings, God is at work.

Less than one-half of 1 percent of the population follows Christ. And yet, this 4-month-old fledgling church plant of just 25 attendees is not only alive but vitally connected in the midst of an unprecedented lockdown.

La Estación (which means The Station), is a dedicated church committed to the mission of God in Madrid, Spain. And through technology like Zoom, its three small groups and weekly worship unite hearts, spirits, faces and voices in interactive community. Not only has the energy not been dampened, but the oppressive nature of the quarantine has actually helped to stimulate the sense of family as they minister to one another and pray for each other and their city.

Participation hasn’t decreased, but indeed they are hungry to be together, albeit virtually. As one of the small groups waved to each other via video conferencing on Friday evening, it was as if long lost friends had been reunited. A few days in lockdown can seem like an eternity, with little-to-no human contact. 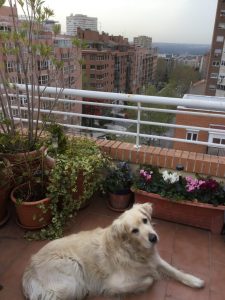 IMB worker Jan Johnsonius and her golden retriever, Samwise, usually watch busy streets and sidewalks from their balcony in Madrid, Spain. The area was much quieter during the Coronavirus pandemic.

Members offered updates about family, as the littlest member of the group at age 2 broke into a broad smile when he saw his best buddy Sam, a golden retriever belonging to one of the other small group members. A few shouts and barks and it seemed as if they were back in the home, meeting together.

They shared prayer requests, and concerted time before the Lord revealed deep needs, not only in the group but for family members across the city or even in another country. Jobs are precarious, and health even more so. Yet the time spent that evening “seeing” one another and lifting one another up to the Father helped them bear one another’s burdens.

On Sunday morning, at the same time they would have been greeting one another in person with a cup of coffee and the traditional kiss on the cheek, computers screens were lighting up. Entire families, couples and singles began popping in on video for the worship service, perhaps not with a kiss, but many with a cup of coffee in hand, a rambunctious toddler jumping up and down, and a few technological challenges for those less accustomed to church online.

Words of encouragement flowed, smiles and laughter elevated spirits, and the church was the church as God intended it to be—the body of Christ, in the deepest, most intrinsic sense. There was singing together; there was prayer; there was the reading of the Word, and an apt message for those living in “such a time as this.”

They discussed the Word and how they were seeing God at work in the midst of great difficulty. And they talked about how they creatively could be the church to their neighbors, family, friends and co-workers—ministering to others in this time of need.

As the weekly worship drew to a close, one by one, the families, couples and singles waved goodbye. And one by one, the little boxes disappeared from the computer screen, as each part of the body went on to live out their faith and life in Christ. Burdens were lifted, strength and commitment restored.

The church would be the church—one more day, one more week, in this city of 4 million people. United in the common plea, that through this little body of believers called La Estación, His will would be done, and His Kingdom would come, in Madrid as it is in heaven.

Jan Johnsonius is an IMB worker with European peoples. She lives in Madrid, Spain, with her golden retriever, Samwise.

View all posts by Jan Johnsonius