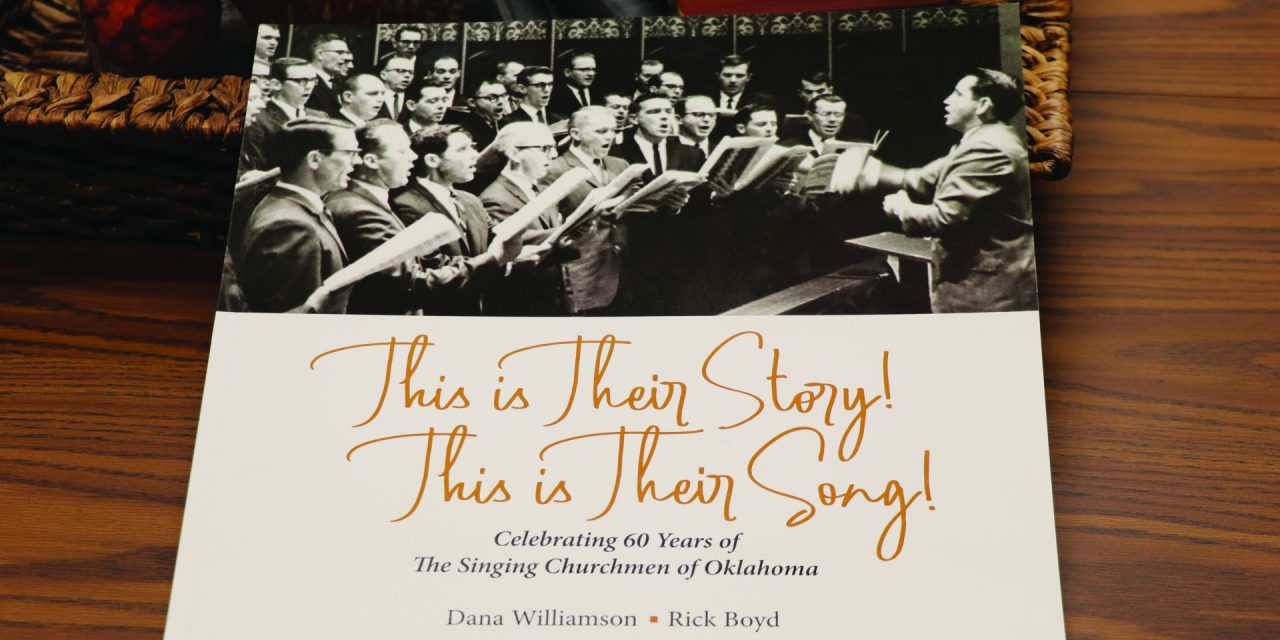 EDITOR’S UPDATE: The Singing Churchmen’s book This is Their Story! This is Their Song! is being sold for $22. In the Nov. 26 print edition of the Baptist Messenger, the price is listed for $20. Please be aware of this price change. 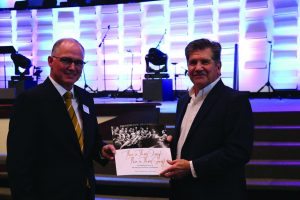 It was new, fresh and exhilarating—a sound they’d never heard, but one they desired to master.

The small group of men, known at that time as music directors, knew they had discovered something they wanted to perpetuate. Thus was born The Singing Churchmen of Oklahoma (SCM).

That discovery on a hot, humid August day in Tulsa some 60 years ago would change the landscape of church music in Oklahoma.

From a small group called spontaneously to sing together at a regional music conference at Tulsa, Immanuel, those musicians have grown to a renowned male chorus of up to 300 singers.

Their journey is told in a newly-released book, This Is Their Story! This is Their Song! celebrating 60 years of ministry which has permeated Oklahoma and reached around the globe.

Other state conventions have men’s singing groups, but none as large in number, nor as excellent in their musicianship. The closeness of the group and friendships within the SCM are unparalleled anywhere in the world. The spiritual companionship shared among the SCM enhances the music like nothing else can.

The book endeavors to lead the reader through the formation of The Churchmen, their extensive recording ministry with well-known musicians and composers, some done in famous locations such as Oktober Hall in Russia and the Sydney Opera House in Australia.

Because of their musicianship, The Churchmen have performed on NBC’s Great Choirs of America, the Crusade of the Americas telecast, Baptist World Alliance in Tokyo, PraiSing events debuting Baptist Hymnals, the Crystal Cathedral in Los Angeles, meetings of the American Choral Directors Association, as well as numerous Southern Baptist Convention meetings and Oklahoma Baptists gatherings.

Also featured are The Churchmen’s ministries to Russia, Latvia, Estonia, China, Australia, Armenia and Israel where the men distributed Bibles, taught classes and led people to Jesus. The SCM’s ministry is lived out as they share in prison yards, leprosy villages, orphanages, schools and on the streets of numerous international cities.

The 108-page coffee table book is more than a historical account and is filled with anecdotes, spiritual as well as humorous testimonies from the men and others who have come in contact with them. The book contains 435 photos from the early days to today, some of which were dug out of archives and haven’t been seen before. Before the days of the tuxedo, the men made fashion statements with their matching attire, which is not to be missed.

There are heartwarming testimonies from people whose lives were changed because of The Churchmen’s ministry, including a U.S. Army general, who some 30 years later remembered The Churchmen singing to him in an Alaskan airport when he was a young soldier headed to Vietnam.

The Churchmen have been led by four directors. When James D. Woodward, who led the men for the first 30 years, was killed in a private plane crash in 1991, Bill Green took over the leadership. In a memo to The Churchmen, he wrote, “I pray as we sing in churches, plan mission trips and prepare for new recordings that our highest goal will be to exalt the name of Jesus, be available to Him, using our ministry to reach people for Christ and to set a spiritual and musical example for Oklahoma and the entire Southern Baptist Convention.” The Churchmen have lived up to that goal.

Current Churchmen director Randy Lind said timing of the book is right because those who were in the first group of Churchmen are in their 80s or older. Two of those original members interviewed for the book, Glenn Boyd and Jim Brown, died before the book was published.

Former Baptist Messenger editor Albert McClellan once wrote, “Christians sing because it is their nature. It’s as much a part of them as any other grace intended for the children of God. Annie Russell in her song ‘Wonderful, Wonderful Jesus’ described it: ‘In the heart He implanteth a song.’ When Jesus comes into the heart, He brings a song with Him. When we sing, it is really Christ singing in us.” That is The Singing Churchmen of Oklahoma.”