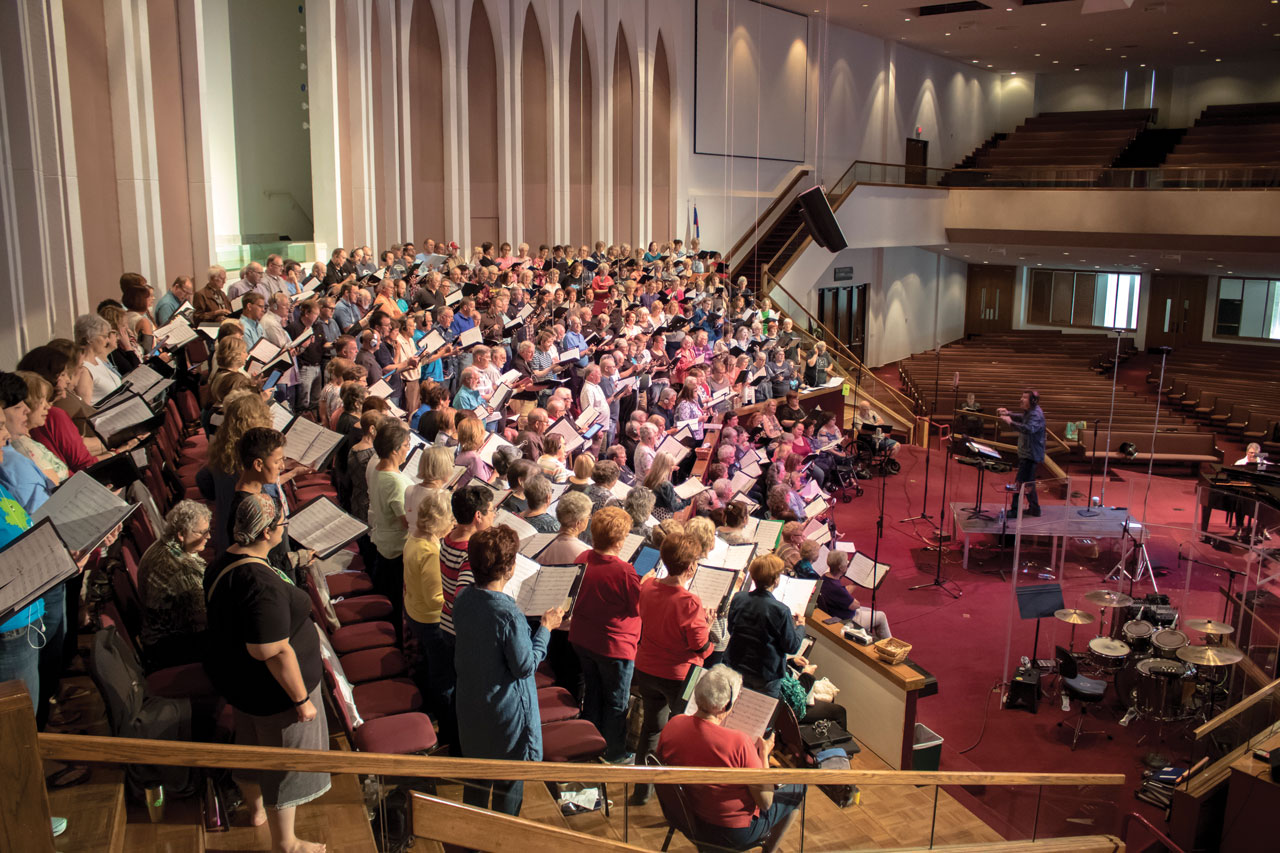 Eleven songs are to be release on a CD through LifeWay Worship performed by the Singing Churchmen and Singing ChurchWomen of Oklahoma.

Together, the Singing Churhcmen and Singing ChurchWomen recorded the CD at Moore, First on May 18. It was a day long process of directing and singing, featuring the Oklahoma Baptist Children’s Chorus the following day.

“The Singing Churchmen and Singing ChurchWomen have done three projects together. A CD called ‘The Applause of Heaven,’ then we did ‘The Journey of Christmas,’ which was also released by LifeWay and has been nominated for a Dove Award,” said Randy Lind, Baptist General Convention of Oklahoma worship and music specialist

On the CD is an original song, “Legacy of Faith,” written by Lind. He co-wrote the song with Phil Barfoot and Rebecca Peck of LifeWay in honor of the centennial celebration of Falls Creek Baptist Conference Centers.

“I knew that the centennial was coming up and prayed that God would give me the words for a song. I was thinking I would love the opportunity but didn’t want to force it,” explained Lind.

“The song I had written nearly matched the decided upon theme, ‘Legacy of Faith’ so I went in and tweaked a few things and told Phil about it and sent it to him. Then, Phil, his writing partner, Rebecca Peck, and I facetimed and we worked through it and made a song we’re proud of.”

The two groups will perform “Legacy of Faith” at the Falls Creek Centennial Celebration this September.