FORT WORTH, Texas (BP)—You may never meet a more remarkable man than Orville Rogers. Today, at 99 years of age, he holds 16 age-group world records in individual and relay 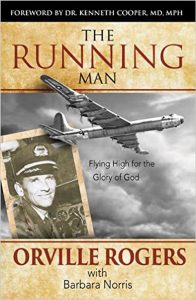 running events and has climbed Mount Kilimanjaro in Tanzania at an altitude of over 19,000 feet.

The oldest man to run a 10-minute mile, Rogers has run 26-mile marathons and plans to participate in national track events when he reaches his 100th birthday in November.

And he has just written his autobiography, titled “The Running Man.”

Kenneth Cooper of the famous Cooper Clinic in Dallas said Rogers is “truly one of the most deeply committed, disciplined and talented individuals I have ever had the privilege of working with in my 60 years of practicing medicine. I only hope that one day when I ‘grow up,’ I will be able to enjoy the highest quality of life which he has been able to enjoy.”

Rogers was born in his parents’ ranch house near Hubbard, Okla., on Nov. 28, 1917. When he was 10 years old, he accepted Jesus as his Savior in the little church across the street from where he lived.

“In the summer of 1927, Charles Lindbergh flew the Spirit of St. Louis in a circle above our little schoolhouse in Oklahoma,” Rogers recounted. “That brush with greatness inspired me at an early age to reach for the heights and ignore the consequences. … I firmly believe God not only wants the best for us but also wants us to ask it of Him.”

After high school, Rogers went to the University of Oklahoma where he met his wife to be, Esther “Beth” Shannon. They were married for more than 64 years until her death in March 2008 at the age of 88.

After graduating from the University of Oklahoma, Rogers was convinced he should do some kind of work for God and decided to go to Southwestern Seminary in Fort Worth, Texas. He enrolled in September 1940 but was drafted into military service less than two months later and was permitted to join the Air Corps.

Rogers became a pilot and instructor during World War II then carried out secret missions during the Cold War. During the Korean War, he was recalled from reserve status to active 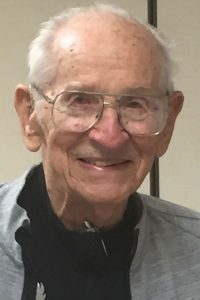 duty during which he got to fly a B-36, a massive aircraft with 10 engines, designed to carry a maximum bomb load of 84,000 pounds or one atom bomb.

Rogers later became a pilot for Braniff Airlines and served until the company’s retirement policy mandated the end of his commercial piloting at age 60.

“I had asked God to tell me what to do next,” Rogers said, “and He set His answer in motion with head-swimming speed… For the next 17 years, I flew airplanes in the service of my Lord, facing great challenges as well as moments of unspeakable joy.”

Rogers flew for Jungle Aviation and Radio Service (JAARS), a service arm for Wycliffe Bible Translators, ferrying airplanes across the oceans for jungle missionaries. At one point when in their 60s, Orville and Beth served 13 months in Tanzania as volunteer missionaries.

Rogers, a member of Southwestern’s board of visitors, told the group in April that he earned $1,550,000 during his professional life, and wise investments in the stock market and oil and gas industries allowed him and his wife to give away $34 million.

“I believe the only way we could have accumulated so much wealth was by giving it away,” Rogers said. “God knew we would give back as much as we possibly could, and He helped us grow and grow in abundance. God was, and continues to be, involved in every aspect of my life, including my finances.”

Robert Jeffress, pastor of Dallas, Texas, First, says of Rogers, “(His) greatest accomplishments are not his amazing U.S. world indoor and outdoor track records in the 90-99 age group, or his numerous mission trips, but his ability to inspire and motivate people to ‘continue the race.’”