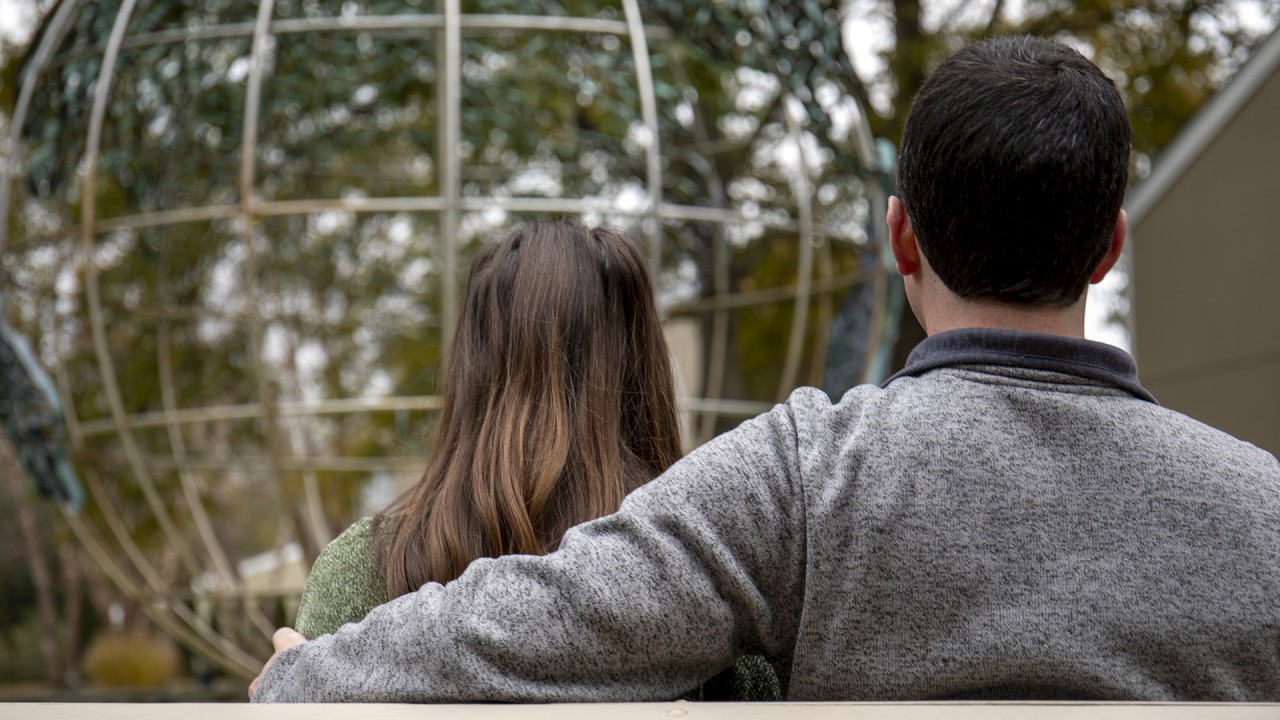 Matt and Molly Landry* sweetly smile at each other as they talk about the life changes they are facing. They discuss holiday plans, an upcoming family wedding and the Sundays that they will have left with their home church. The weeks ahead will inevitably go by quickly. The mild Southern winters of their upbringing will be exchanged for the bitter cold of Eastern Europe in January.

As they share about their call to missions and their decision to plant their lives among unreached peoples, the predictable “why would you do that” question is quickly replaced with the answer: This is where God wants them to be, to do what He has prepared them to accomplish. Neither seems to have any doubt, though the bittersweet emotions of leaving family and friends behind are present.

The Landrys met in college through Baptist Collegiate Ministries. While both were raised in Christian homes, they had different feelings about the idea of serving overseas. Molly says that, in college, she was very open to international missions. After serving for a summer in Portugal through summer missions opportunities offered by the International Mission Board (IMB), she sensed God’s calling.

“It was a process of God breaking me of plans that I had for myself,” Molly said.

When Matt was in college, he told an IMB representative he would not consider overseas missions. Already seriously dating, Molly began to wonder if she and Matt could stay together. She chose to pray about the situation instead of talking with Matt.

“I didn’t even know we were on the rocks!” Matt quipped.

As Matt was approaching graduation, a trusted student leader urged him to think about a short-term assignment overseas. With a passion and a gift for evangelism, Matt opened himself to ways he could be used outside the United States. IMB’s Hands On program offered a four-month term that Matt began to explore. He heard about a young man who had already committed to a Hands On assignment in Scotland but needed a partner. This would become a life-changing season for Matt.

Gena Wilson was the team’s supervisor in Scotland. Gena, who served in Scotland for more than 20 years before her death in May 2019, knew just what to do to equip the two recent graduates for life-on-life missions. She encouraged them to read Scripture together every day, and then to live out what they read.

“She had us read Colossians first,” Matt said, “which was so good for us to learn to live as Christians, how to relate to one another, how to serve each other, and how to be about the mission throughout our time there.”

Then they read through the Book of John. Matt saw how Jesus oriented His life toward lost people and taught His disciples to do the same thing.

“He gave them the vision for what missions should look like,” Matt said.

Matt also saw these lessons lived out in the flesh through Gena and through TJ and Dena Odom. The Odoms have served with IMB since 2012 and worked closely with Gena before her death. Matt says he watched as these missionaries lived out the Scriptures in their family, with their team and among the people of Scotland.

“That experience is what God used most of all to call me to missions,” he said.

Back in the U.S., Molly knew that the time they were spending apart would ultimately bring them together for life. Though she never visited Matt in Scotland, she was learning through his experiences and through the people who were leading him.

“I didn’t get to meet Gena in person, but I still learned through her about serving and about suffering,” Molly said, referring to Gena’s journey through cancer three times before her death. “She taught us all that the best is yet to come.”

As their long-term commitment approaches, Matt and Molly see how God prepared them to take this step. Their obedience in the short-term opportunities equipped them for a move across the world.

“God shows us a lot of things when we’re uncomfortable and when we take risks like that,” Matt said. “Now we’ve answered the call to go and make disciples of all nations.”