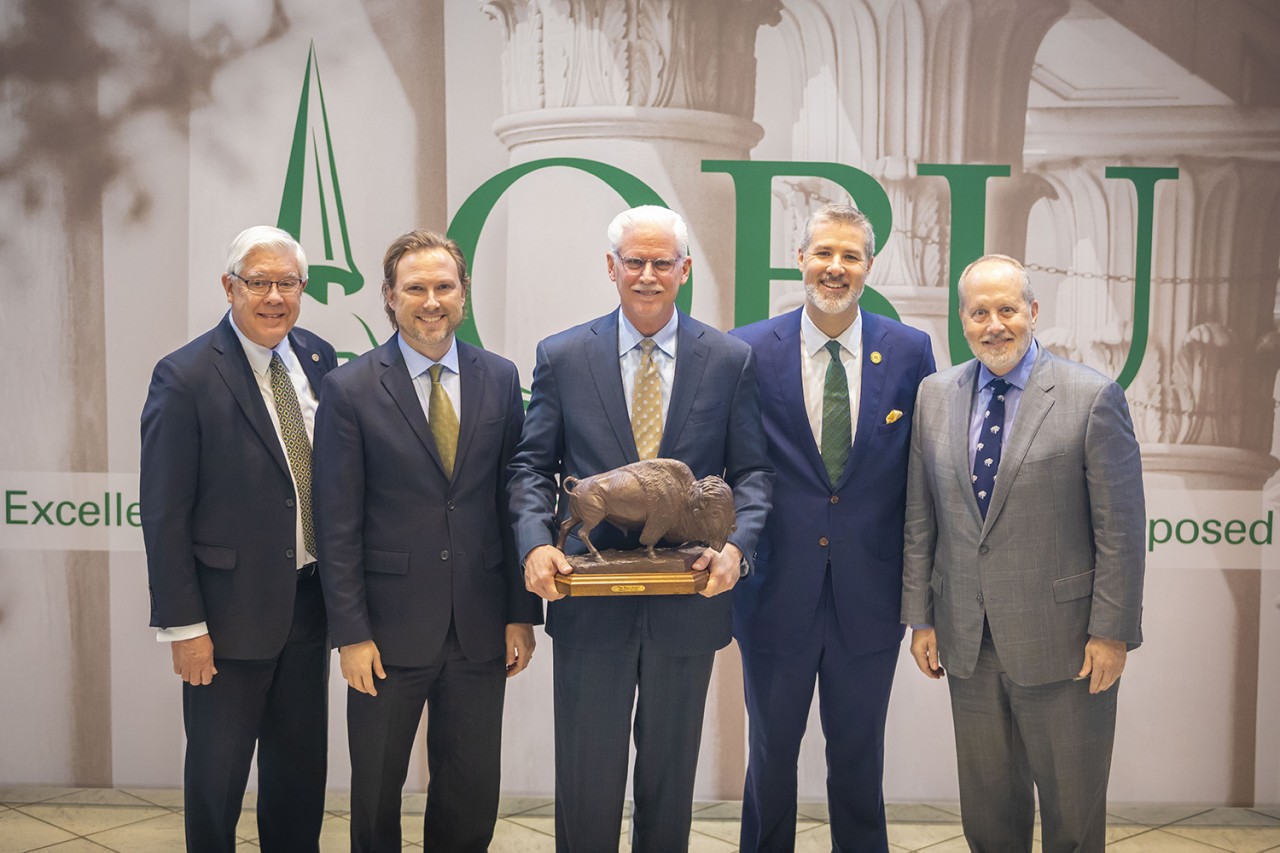 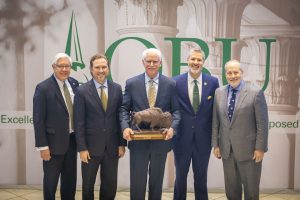 SHAWNEE—Hobby Lobby and the Green family formally announced their donation of the former St. Gregory’s University campus to Oklahoma Baptist University (OBU) during a special event Wednesday, Dec. 11. The event took place at the Rockwood Center on the campus of the former SGU, now the OBU Green Campus.

Hobby Lobby purchased the property last year following SGU’s bankruptcy proceedings, after St. Gregory’s closed its doors in December 2017. At that time, OBU offered a teach-out agreement to current SGU students, with many of them transferring to OBU to complete their degrees.

The donated property is approximately 72 acres, with 286,600 square feet contained in seven major buildings. The donation deed for the property was filed earlier in the week, officially transferring ownership to OBU. St. Gregory’s Abbey and Monastery will continue to occupy its current property, as will the Mabee-Gerrer Museum, as they operate as separate entities from the university. 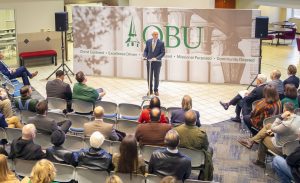 At the event, Les Miller spoke on behalf of Hobby Lobby and the Green family. Photo by Heather Hamilton

Miller, a 1981 OBU graduate, offered remarks on behalf of Hobby Lobby and the Green family, who founded and owns the corporation.

“It is with great joy that God has extended to the Green family the opportunity to invest in the future of Oklahoma Baptist University and her students, through the donation of this beautiful property—now affectionately referred to as the Green Campus. 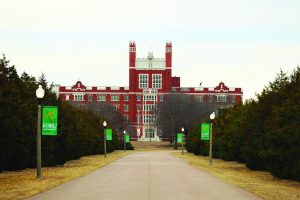 The entrance to the OBU Green Campus. Photo by Heather Hamilton

“OBU’s history is one of steadfast faithfulness to God’s Word—something that must remain the highest priority as a University devoted to impacting the world for Christ and His kingdom. OBU is known for providing the highest in quality, Christian liberal arts education. OBU functions as a means of God’s grace to the students who come here to be educated. Yet they receive far more as they step into her care—they are given the rare and unique opportunity where rigorous scholarship, together with a Christian world view, prepare the whole person for success, but also for the many challenges of life. In a time when Christian faith is viewed by the world as something to be tolerated, OBU embraces the understanding that a deeply meaningful and fulfilling university education includes a firm foundation established in Christ.

“For these reasons, and for so many more, it is an honor for the Green family and Hobby Lobby to present this property to Oklahoma Baptist University, to the future benefit of generations of students, on mission for Christ.”

Miller also shared deep felt appreciation to St. Gregory’s University alumni and former employees, who impacted the community and the state with more than a century of Christian higher education on the former SGU campus.

“The Greens would also like to recognize the long and outstanding contribution that St. Gregory’s University made to the Shawnee community, to Oklahoma, and far beyond. The importance of this property to the community, the alumni, faculty and administration of St. Gregory’s University does not go unnoticed. To the Benedictine Monks of St. Gregory’s Abbey, thank you for your stewardship of this property and ministry to Oklahoma and points beyond.” 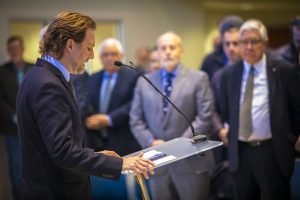 Thomas concluded the ceremony with his words of gratitude for the gift of the Green Campus and anticipation of what the future holds for OBU.

“It is an historic day,” he said. “It is an exciting moment in the history of OBU. We are excited about the future of this Green Campus as we continue our mission to transform students’ lives by providing distinctively Christian liberal arts higher education at OBU. It carries on the legacy of education that has gone on here for over a century.

“I join the chorus of those who have spoken this morning to express my heartfelt gratitude and say thank you to the Green Family, and to all who facilitated this generous gift to OBU. This is indeed a day of celebration.”

He continued with words of anticipation for how the campus will be used to transform lives into the future.

“As we move forward, we will work carefully and deliberately to ensure that this campus extends the legacy of Christian higher education begun by St. Gregory’s University for over a century. And for that legacy, we are grateful, and we will carefully consider how best this campus will facilitate OBU’s mission of transforming lives through a distinctively Christian liberal arts education.”