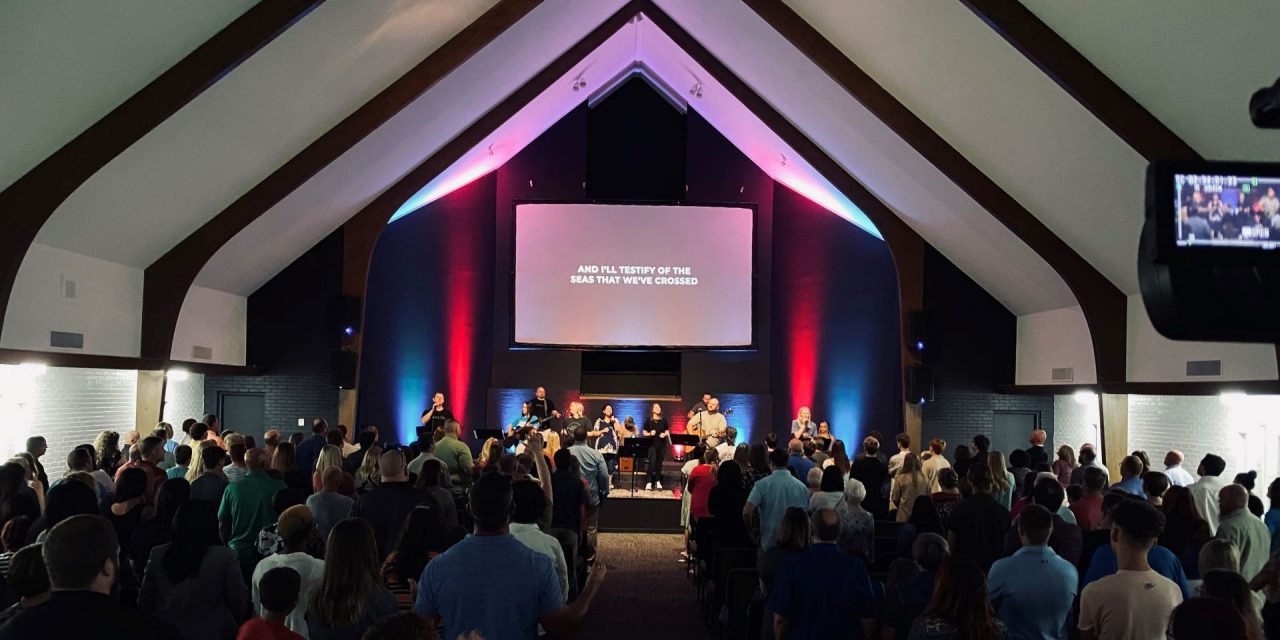 Above: Enid churches Calvary and Open Door are now one church.

ENID—When two Oklahoma Baptists pastors met for coffee, each shared their vision for reaching their city. They both came to the conclusion that the Lord was leading their two congregations to merge, becoming one church. 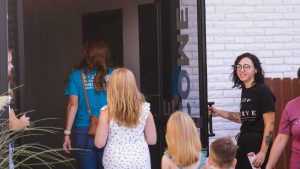 It all began when Enid, Calvary pastor Steve Williams reached out to Enid, Open Door church planter Kevin Hisey, inviting him for coffee. Williams said Calvary’s attendance was hit hard by COVID, and they lost a good number of members. Though the church attendance had begun to stabilize, still the growth was very slow.

“I remember being in my study on a Monday morning,” Williams recalled. “I had a strong, unsettling feeling like, ‘It doesn’t have stay this way.’”

Williams began to pray more about what this feeling might mean.

“While praying, I had the sense that the Holy Spirit put in my mind that I should contact Pastor Kevin and talk with him about some kind of a merger,” he said. “The idea blew my mind, and I was uncertain about it. I felt that if what I was thinking was wrong, we didn’t need to ‘muddy the waters’ for Calvary, because (talk of a merger) might send us over the edge (of decline).”

Hisey said his church was considering buying land for their church plant, but they did not have peace about the decision. The church had tabled the discussion about purchasing land as they continued to pray about it.

“A couple of months after that,” Hisey remembered, “I get this call from Steve (Williams) that I never would have dreamed would have happened. We knew each other, but we didn’t know each other well. It all kind of started with this cup of coffee.”

Williams describe the meeting about the merger during a recent Messenger Insight podcast interview.

“That coffee meeting was a big deal,” he said. “I went into that meeting saying, ‘We don’t need to do this if God is not in this. We don’t need to mess up what is happening at Open Door or Calvary.’”

The two pastors exchanged their views on ministry and their shared burden for advancing the Gospel in Enid.

Recognizing their shared vision, the pair began meeting on a weekly basis to keep the conversation going. Eventually the pastors both agreed it was time to start working with their congregations and begin casting the vision for combining into one church.

After months of conversations, praying, meetings and votes to merge, the churches began meeting in June 2020, working together in remodeling Calvary’s building on east Broadway in Enid.

On Sept. 19, which was Open Door’s third anniversary, the church officially launched publicly as one church. Hisey and Williams said they were unprepared for the explosive growth the church experienced. Since September, the church has grown from a combined attendance average of 250, when the two congregations were meeting separately, to more than 400 attending since the merger. The church also has baptized 14 people since they combined.

Hisey explained how God worked through the growth as the fruit of community relationships that was formed by the congregations.

“God knew Open Door church needed to be right here in this location merged with Calvary in order for us to grow and to be able to reach all people in this city,” he said. “I didn’t realize that having a seven-days-a-week facility would help us. I think the people who weren’t taking us seriously as a church because we didn’t have a building, started showing up.

“We had a lot of relationships we had been building for three years, and people never showed up until we opened up here. Calvary had relationships in the neighborhood where the church is located with people who had a background with the church, who hadn’t come in 15 years who started coming again.”

Williams said the explosive growth of the church caught him by surprised, in a great way.

To hear more about the Enid, Open Door church merger, listen to the Messenger Insight podcast on baptistmessenger.com or wherever you download podcasts.