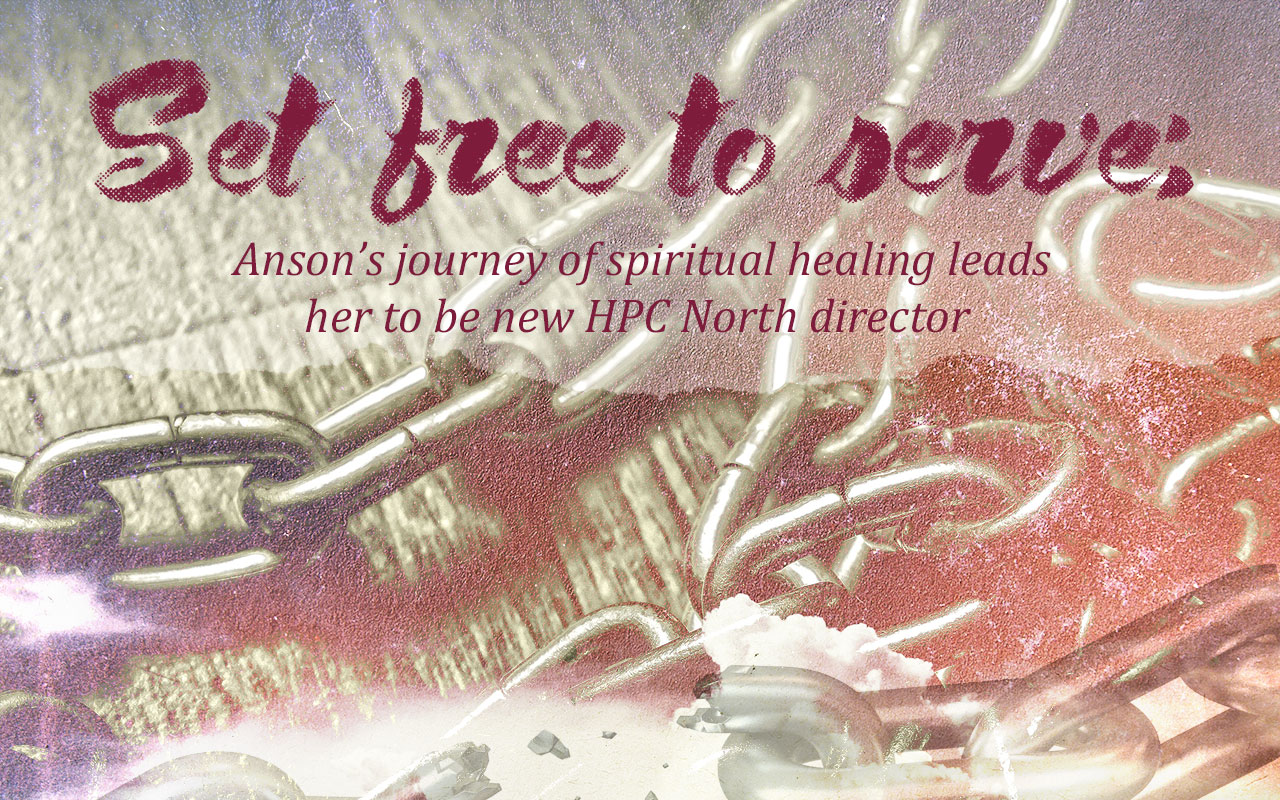 She left that meeting in 1993 discouraged. Carolyn Anson was told she was not ready to be a volunteer by the Crisis Pregnancy Center (CPC) because she needed healing from her past abortion experience. But, after reading the Baptist Messenger, Anson was on her way to not only find healing, but also help other post-abortive women, which eventually led to her new position as the director of Hope Pregnancy Center (HPC) North in Oklahoma City.

Twenty-three years ago, Anson felt God’s calling on her life was to be a volunteer at a CPC. She received the proper referrals through her church, which led to her meeting with a CPC director.

“We laughed and cried together,” Carloyn said, “and at the end of that meeting, she said she would love to have me be a part of Crisis Pregnancy Center, but she felt healing was necessary before I could start. I asked her how do I get the healing. She said she really didn’t know, but she said she would be praying for me that I find the healing I needed.”

Anson went home in her discouraged state and found her Baptist Messenger in the mail that day.

“I opened it up, and I always check the back page because that was my own church information,” she said. “And most often, I would flip through it to say that I reviewed it. But on this particular day I opened it up, and there it was—‘Abortion Recovery.’ And that’s exactly what I needed before I could become a volunteer at the Crisis Pregnancy Center.”

Anson responded to the advertisement of this abortion recovery seminar and found out they had room for one more. This was the beginning of the change in her life.

“After I went through my own abortion recovery, it was then in December 1993 that I called the director, and it was a funny experience,” Anson recalled. “She said she had pulled my file and was getting ready to call me to see if I was able to find my healing. I became a volunteer in January 1994.”

In 2000, Crisis Pregnancy Center changed its name to Hope Pregnancy Center, and it also was a change for Anson. She became involved in Abortion Recovery ministry. She met with women one-on-one, helping them, encouraging them, praying with them as they went through the process of being “forgiven and set free” from the guilt of having an abortion.

Anson went through training of the national curriculum called Facilitating Biblical Healing. She then helped organize HPC’s program “Forgiven and Set Free,” which is now a 12-week course that meets twice a year. When asked how many women she had helped over the years, she said “A LOT.”

She remembers one of her first clients who experienced multiple abortions. Many years later, the client experienced a stroke and died. Anson attended her funeral where her son shared with Anson that his mom had never been happier, knowing she had found forgiveness.

Anson is all too aware of the number of women who struggle with post-abortion.

“One of less than four women sitting in our church pews, who are 45 and under, are post-abortive and still afraid to tell their secret to the church,” she said. “They are still afraid that people would look down on them.”

In 2008, HPC started to offer abortion recovery in group sessions. At first, Anson was cautious with the format.

“I did it one-on-one for years,” she said. “This was a new concept to me, and I didn’t know how groups would work. I wondered how women would be able to sit at a table with other women and share the secret they have carried for many, many years.”

Anson warmed up to the group format and has seen many clients come through the HPC doors, helping them experience the healing she experienced.

“What they discover is (having an abortion) has affected every area of their lives,” she said. “Their motherhood, being a good wife, their entire womanhood has been affected by this. They had no idea it would affect so many areas of their lives and how they carry these burdens in their life and don’t even realize it.

Anson has seen great success as an HPC volunteer, helping women who were facing unwanted pregnancies and those who needed to be forgiven of their past abortions. She had been working in human resource management for many years and could have continued her life content in this field, at least from the world’s perspective. However, God had a different plan for her.

“I could tell God was moving me from my secular job in human resources where I have worked for a very long time,” Carolyn said. “I was very secure in the position that I had. But the reality was, God had something different for me.”

In 2012, Anson was approached by a group wanting to open a pregnancy center, near N.W. 23rd St. and Classen Blvd. in Oklahoma City. She accepted the director position for this center, and at first, the center was running successfully. However, circumstances developed that caused the center to close.

“It wasn’t meant to be,” Anson said about this experience. Not only did she leave a secure job to embark on what she believed God wanted her to do, but the center closed and also left her unemployed.

But Anson wasn’t discouraged. She knew God was working in her life, and He had given her contentment. For a few years, she worked as a personal assistant for a godly woman, who Anson said was a great encouragement for her and would pray with her.

“We had built a wonderful relationship,” Anson said.

Also, she said the pregnancy center near 23rd and Classen has reopened and is operated through a partnering group with HPC.

Then, it finally worked out. In January this year, Anson began her new role at HPC North, and she is excited to see what God will do next.

Anson replaced Gayla White, who became the state director for Hope Pregnancy Ministries and has found a new passion at HPC North.

“Because of my intense role in Abortion Recovery, I wasn’t as familiar with some of the other programs like Empowered Parenting, shopkeeping and those kinds of things,” Anson said. “The really neat thing is the Lord has given me a passion for Empowered Parenting classes and other programs. Through that, what I believe the Lord is showing me is the foundation of Hope Pregnancy Center is solid. And I believe, because of this solid foundation, we are going to take these programs to a different level.”

Anson said HPC has plans to do more parenting classes that will be more accessible for both men and women to attend. HPC will continue to offer its Fatherhood program and will provide parenting class sessions where mothers and fathers meet separately, but HPC will be expanding and modifying to help new parents.

“There are things I am still learning. I want to learn more,” said Anson. “Mostly we are staying focused on making sure everything that is already in place remains as it was, slowly build on that foundation, as the Lord leads us.

“I believe God is going to make a difference because He is equipping me for what He has called me to do. I trust that God has put me here for a reason. It will take many men and women to help the many men and women who come to Hope Pregnancy Center.”

And just like she started, seeking the healing she needed to serve, Carolyn is helping many who are on the same journey.