Send Conference launches with thousands called to be ‘Together on Mission’ 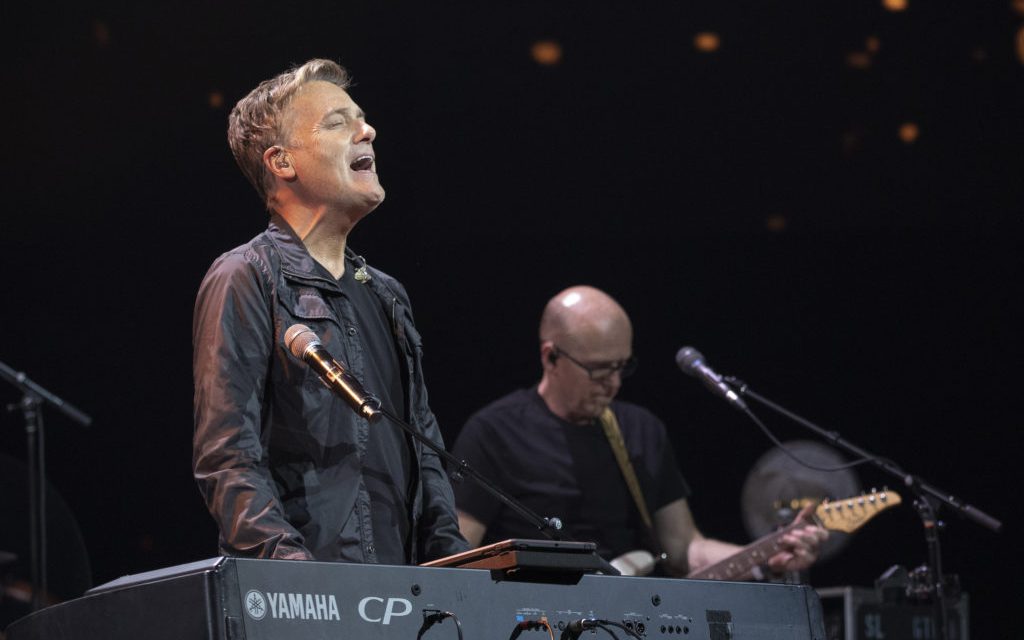 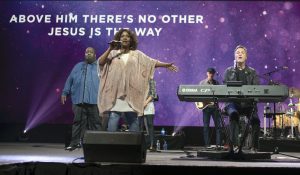 Surprise guest CeCe Winans joined Michael W. Smith on the Andraé Crouch classic “Jesus Is the Way” in the opening session of the 2021 Send Conference June 13. Photo by Karen McCutcheon

Actually, the event started a little earlier, with a powerful prayer session led by Robby Gallaty, pastor of Long Hollow Baptist Church in nearby Hendersonville, Tenn. Although the Send Conference, co-hosted by the International Mission Board (IMB) and North American Mission Board (NAMB), will feature plenty of preaching, Gallaty exhorted pastors to return to the basic spiritual practices of seeking intentional silence and solitude and listening to the Holy Spirit’s still, small whisper.

“We cannot sermonize our way out of this current moment, so we need to be in tune with the God who tells us to lean in and rest,” he said. 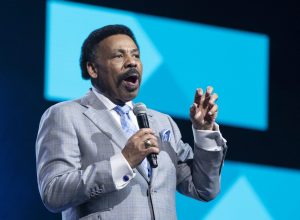 Tony Evans, pastor of Oak Cliff Bible Fellowship in Dallas, preached the opening session of the Send Conference. “We have watched our nation decline because there aren’t enough accurate reflections of Christ invading the culture,” he said. Photo by Eric Brown

Evans drew parallels between his son’s tenure with the Tennessee Titans and the notion of two teams running in opposite directions with opposite goals—a metaphor for the nation’s current political and cultural divides. Acknowledging the racial tensions and class conflicts of the day, Evans petitioned Christians to be the third team on the field of life: officials who are on the field, not of the field.

Evans said referees know they may be booed by angry parties on both teams, but they understand they are not meant to be liked and rather simply abide by the rulebook that dictates the game. 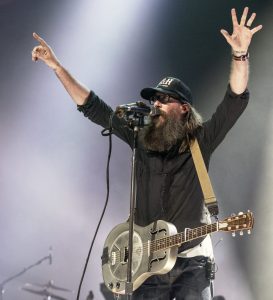 Crowder led the crowd in a rocking yet worshipful celebration of unity and Kingdom-mindedness. Photo by Eric Brown

“Our true calling is not to be part-time saints but fulltime Christians pulling heaven down to earth as true reflections of the imago Dei. We have watched our nation decline because there aren’t enough accurate reflections of Christ invading the culture.”

Evans completed his football analogy with a reminder that fans don’t pay to see a huddle, but the execution of the play discussed in the huddle. The Send Conference, he said, was like a huddle. The question was: Would those gathered go out and score? Or just be happy with having had a private conversation?

In an aside dedicated to ongoing race relations discussions in the Church, Evans reminded pastors that there is no segregation in the call to be crucified alongside Christ.

“God is not colorblind, but neither is He blinded by color,” he said. “We are of every tribe and nation, and God sees us. But the only subject of the Bible is the glory of God and the advancement of His Kingdom. We are never to allow the politics of men to break up our togetherness, so stand together as the Lord sends you.” 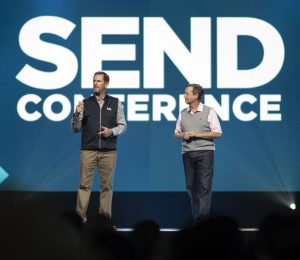 Speaking briefly after Evans delivered his message, Ezell and Chitwood emphasized the importance of the conference theme: “Together.” Photo by Karen McCutcheon

Speaking briefly after Evans delivered his message, Ezell and Chitwood emphasized the importance of the conference theme: “Together.”

“We intend to do this together,” Ezell said. “And I am so grateful for you and all of our IMB missionaries and I know at the same time you are very thankful and supportive of our NAMB planters and missionaries who are all over North America.”

The two mission entity leaders encouraged the audience to pray for missionaries.

“It’s not about IMB sweater vests or NAMB socks,” Chitwood said. “It’s about those beautiful feet that are taking the Gospel to our nation and to the nations. We praise the Lord for every one of them who are out on the front lines, here and far, who are serving.”

The night came to a close with Crowder leading the crowd in a rocking yet worshipful celebration of unity and Kingdom-mindedness. Crowder expressed his delight, after the long pause in live concerts because of the COVID-19 pandemic, at simply singing what he called “church music,” with what he described as a very large choir singing along to familiar songs.

View all posts by Natalie Sarrett