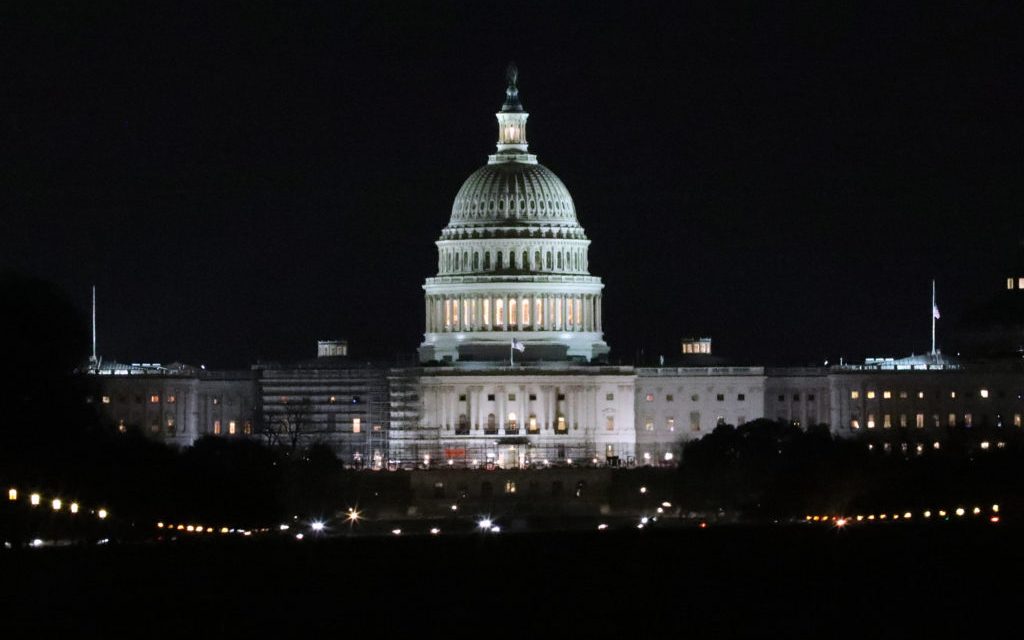 With 12 Republicans joining all Democrats present, the Senate voted 61-36 for the Respect for Marriage Act (RMA) after defeating three GOP-offered amendments intended to heighten safeguards for religious liberty. By passing the bill, senators voted to repeal the 1996 Defense of Marriage Act (DOMA) and to require federal and state recognition of any same-sex marriage considered legal in the jurisdiction where it took place.

The House of Representatives had approved the RMA in July, when 47 GOP members joined all Democrats in a 267-157 vote. The Senate, however, had approved Monday, Nov. 28, a substitute amendment to the House version that included language attempting to address religious liberty concerns. Despite the revision, the Southern Baptist Ethics & Religious Liberty Commission (ERLC) and many other defenders of the biblical view of one-man/one-woman marriage and freedom of conscience remained opposed to the Senate’s amended version.

The legislation will return to the House of Representatives for approval before it can go to President Biden, who has endorsed the bill. If that happens, the new law will serve as a watershed, congressional redefinition of the institution of marriage.

The ERLC expressed dismay after the bill gained Senate approval.

“Regardless of how any law, any government institution or our culture treats marriage, Southern Baptists remain anchored in the truth that God has defined marriage as a covenant union between one man and one woman for life,” ERLC Policy Manager Hannah Daniel told Baptist Press. “This purposeful design is for our good and our flourishing.

“It is disappointing to see a majority of our U.S. senators go away from this reality and fail to amend this bill further to bolster religious liberty protections for people and institutions of faith,” she said in written comments. “In the lead-up to this vote, we expressed our opposition to the bill to senators, and now that it moves back to the House, we will continue doing so.”

Messengers to the Southern Baptist Convention’s annual meeting have affirmed marriage as a one-man/one-woman union in multiple resolutions.

If enacted, the RMA would largely serve as the legislative version of the U.S. Supreme Court’s 2015 Obergefell v. Hodges decision that legalized gay marriage.

After Tuesday’s vote, Biden applauded the Senate’s action and said the country “is on the brink of reaffirming a fundamental truth: love is love, and Americans should have the right to marry the person they love.”

The amended version approved by the Senate says nothing in the bill “shall be construed to diminish or abrogate a religious liberty or conscience protection” available to a person or organization under the U.S. Constitution or federal law. It also says nonprofit organizations, including churches, will not be required to provide services for a wedding or its celebration.

The protections for religious freedom in the Senate version were inadequate, critics of the bill said.

In a section opposed by many religious liberty advocates, the bill authorizes a private individual, as well as the U.S. attorney general, to “bring a civil action” in federal court against a person who violates the measure.

In addition, the Senate bill clarifies the RMA does not “require or authorize” federal recognition of polygamous marriages.

Before the vote on passage of the proposal, senators defeated an amendment by Sen. Mike Lee, R-Utah, in a 49-48 roll call. Because of the nature of his amendment, it required 60 votes to gain approval.

Lee’s amendment, which was more expansive than the others offered Tuesday, would have prohibited “the federal government from retaliating against any person or group for adhering to sincerely held religious beliefs and moral convictions about marriage,” he said in a post-Monday on his Senate website.

By 52-45 margins, the Senate rejected amendments by Sens. James Lankford of Oklahoma and Marco Rubio of Florida that needed only majority votes to succeed. Each amendment included a provision striking the bill’s authorization of a lawsuit by a private individual.

While same-sex marriage is the focus of consideration regarding the RMA, the bill’s language prohibits denial of the recognition of marriage between two people on the basis of their “sex, race, ethnicity, or national origin.” The U.S. Supreme Court invalidated state bans on interracial marriage in its 1967 Loving v. Virginia decision.

In expressing its opposition, the Religious Freedom Institutes said the bill’s premise “that opposition to same-sex ‘marriage’ is akin to racism” is false and “profoundly disingenuous. There is no real or perceived threat to marriage based on race in any state in America.”

After House passage of the RMA, Brent Leatherwood – then-acting president and now unanimously approved president of the ERLC — urged all senators in a late-July letter to oppose the legislation. “Marriage is an institution created by God, not by man,” he wrote. “No individual or government has the authority or ability to supersede its design.”

In addition to the ERLC, other organizations that remained opposed to the RMA after its Senate substitute was passed included the U.S. Conference of Catholic Bishops, Alliance Defending Freedom, the Religious Freedom Institute and Family Research Council.

While many religious freedom advocates continued to oppose the Senate bill, some faith-based proponents of traditional marriage and the First Amendment right expressed support for the amended version. In a Nov. 15 letter to the Senate, organizations that endorsed the Senate language as sufficiently protective of religious liberty were the AND Campaign, Center for Public Justice, The Church of Jesus Christ of Latter-day Saints, Council for Christian Colleges and Universities, 1st Amendment Partnership, Institutional Religious Freedom Alliance, Seventh-day Adventist Church and Union of Orthodox Jewish Congregations of America.

The Senate demonstrated it had the 60 votes required to pass the legislation in two earlier procedural votes. On Nov. 16, senators voted 62-37 to invoke cloture, as the procedural move is known, and thereby end debate and avoid a filibuster. They voted 61-35 Monday to proceed with a vote on the substitute amendment in place of the House bill.

The Republicans who voted for passage of the RMA – and had also twice voted previously to invoke cloture — were Sens. Roy Blunt of Missouri, Richard Burr of North Carolina, Shelley Moore Capito of West Virginia, Susan Collins of Maine, Joni Ernst of Iowa, Cynthia Lummis of Wyoming, Lisa Murkowski of Alaska, Rob Portman of Ohio, Mitt Romney of Utah, Dan Sullivan of Alaska, Thom Tillis of North Carolina and Todd Young of Indiana.

Democrats pushed for passage of the Respect for Marriage Act after the Supreme Court’s June overruling of Roe v. Wade, the 1973 opinion that legalized abortion nationwide. Supporters of same-sex marriage expressed concerns a future high court might also overturn the Obergefell decision and called for a legislative remedy to try to prevent such a reversal.

They cited a concurring opinion by Associate Justice Clarence Thomas in which he said the high court “should reconsider” all precedents similar to Roe. In the majority opinion, however, Associate Justice Samuel Alito denied the decision to overturn Roe would call into question the justices’ rulings in Obergefell and other cases.

By enacting DOMA in 1996, the federal government defined marriage as only between a man and a woman and protected the right of a state not to recognize a same-sex marriage that occurred in another jurisdiction. President Clinton signed DOMA into law after it gained passage unanimously in the House and by 97-3 in the Senate.