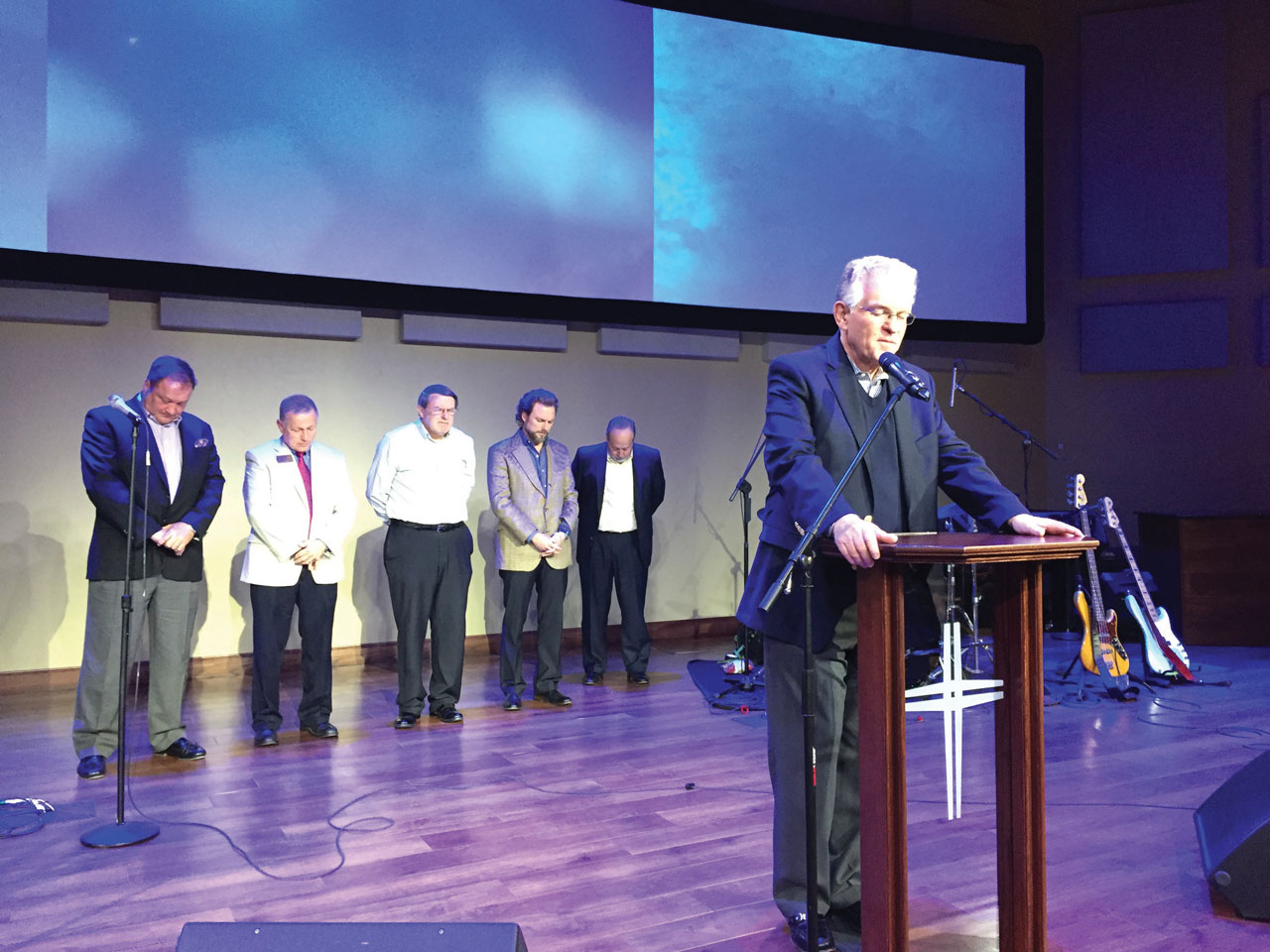 On Sun., Jan. 29, more than 200 Oklahoma Baptist pastors and other leaders gathered for a Night of Prayer event at Del City, First Southern.

The annual prayer event preceded the Oklahoma State Evangelism Conference (SEC) and was led by Mark Becton, Pastor of Richmond, Va., Grove Avenue. Becton prompted attendees to seek the Lord in prayer, using the famed A-C-T-S (Adoration-Confession-Thanksgiving-Supplication) acronym and dedicated times for each.

“We must learn to call on the Lord through prayer in the good times as well as the bad,” said Billingsley, said.

BGCO Executive Director-Treasurer Anthony Jordan prayed that God would enable Oklahoma Baptists to reach every person in the state with the Gospel. 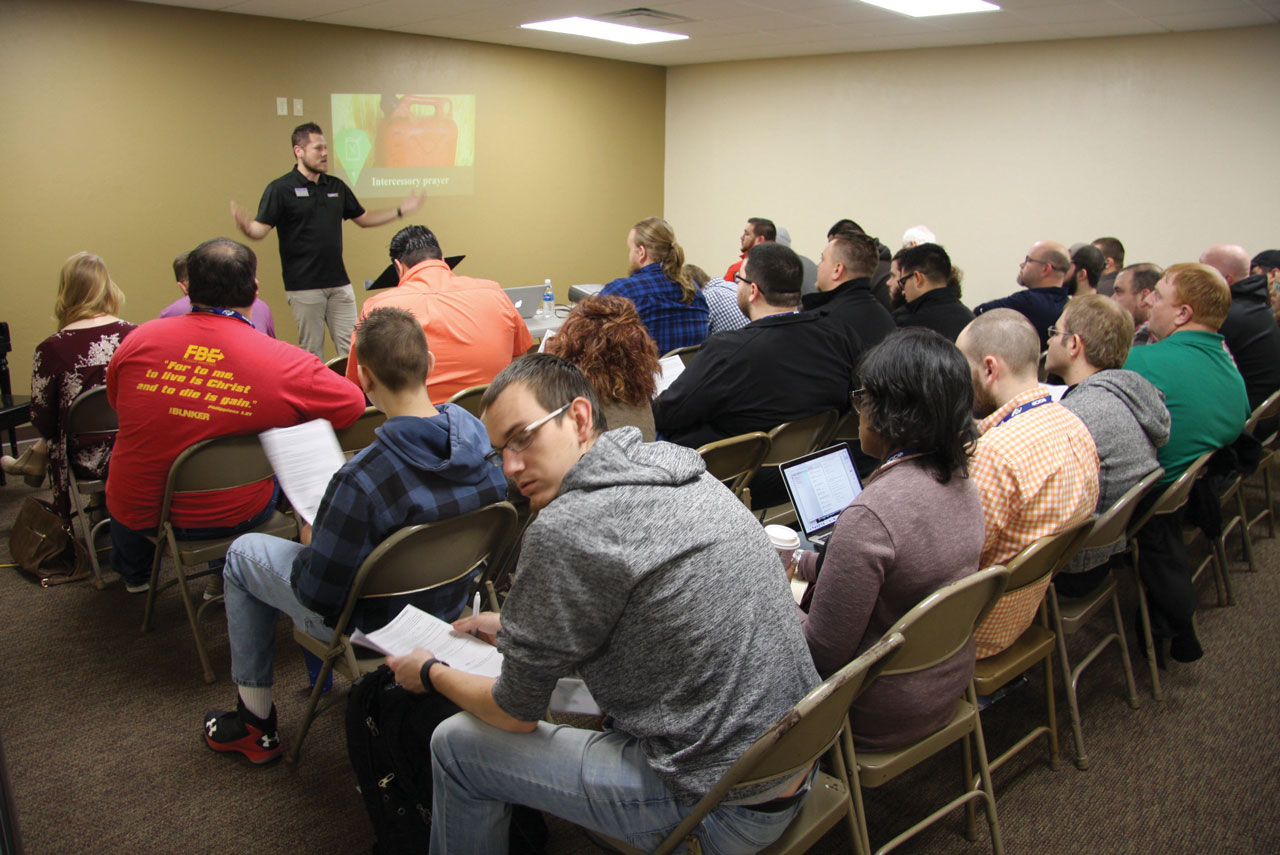 Tuesday morning, Jan. 31 offered an abundance of breakout sessions, as SEC attendee could choose from list of 16 evangelistic studies. Anthony Jordan led a session titled “How to Give an Effective Invitation,” and both of his meetings were well-attended.

SEC program leaders also were involved in breakout sessions, including Mark Becton (Seeing God’ Face and Seeing God Work), Charles Billingsley (Evangelism and Sunday Worship – How They Work Together), Rodney Keith (Learning and Living Out the Gospel of Jesus Christ), Chuck Kelley (Southern Baptists and The Great Commission: Where Are We Now?), John Meador (Can We Talk?), Frank Turek (Are Miracles Possible?) and James Walker (Understanding Islam: A Christian Perspective).

Jim Stewart of Evangelism Explosion offered a new twist to the longstanding witnessing training program. His session was titled “It’s Not Your Parents’ EE.” Patty Webb of Deaf EE USA led a training for witnessing in sign language titled “For the Deaf: High-Five Witnessing/Eternity in Your Hand.” 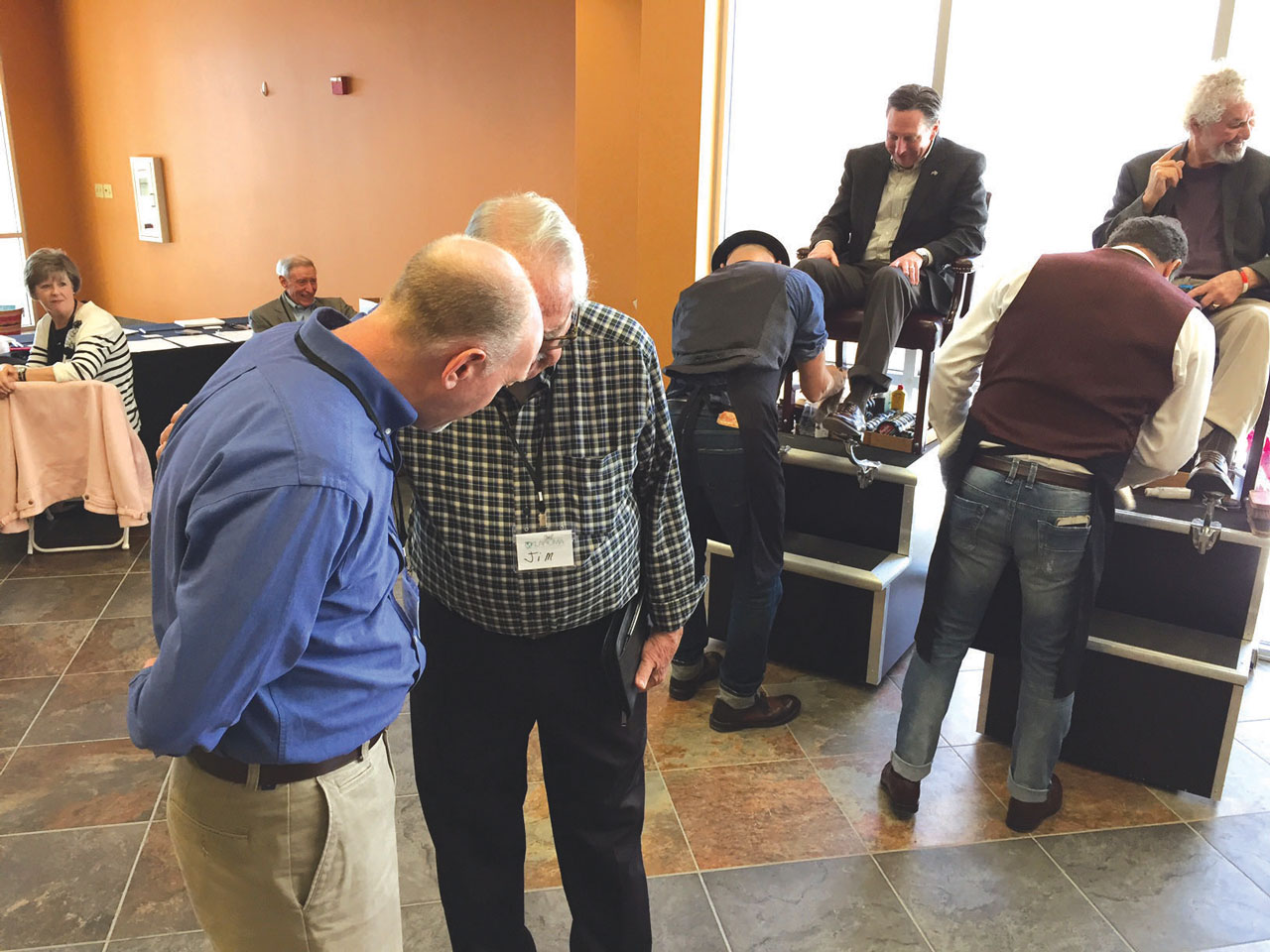 Matt Spahn, DOM of Cherokee Strip Association, on left prays for a pastor after his shoes were shined.

Falls Creek Baptist Conference Centers passed out ICEEs, a popular camp treat,  which became a crowd favorite. The Falls Creek 100 Year Anniversary book was also sold for 25 dollars, and can be purchased throughout 2017.

A special treat for those attending SEC was a shoe polishing station to symbolize the washing of feet of the Lord’s servants. The owner of the San Francisco-based company estimated 200 shines were completed over the span of 2 days.