SBC Birmingham: Greear’s focus on ‘Gospel above all’ 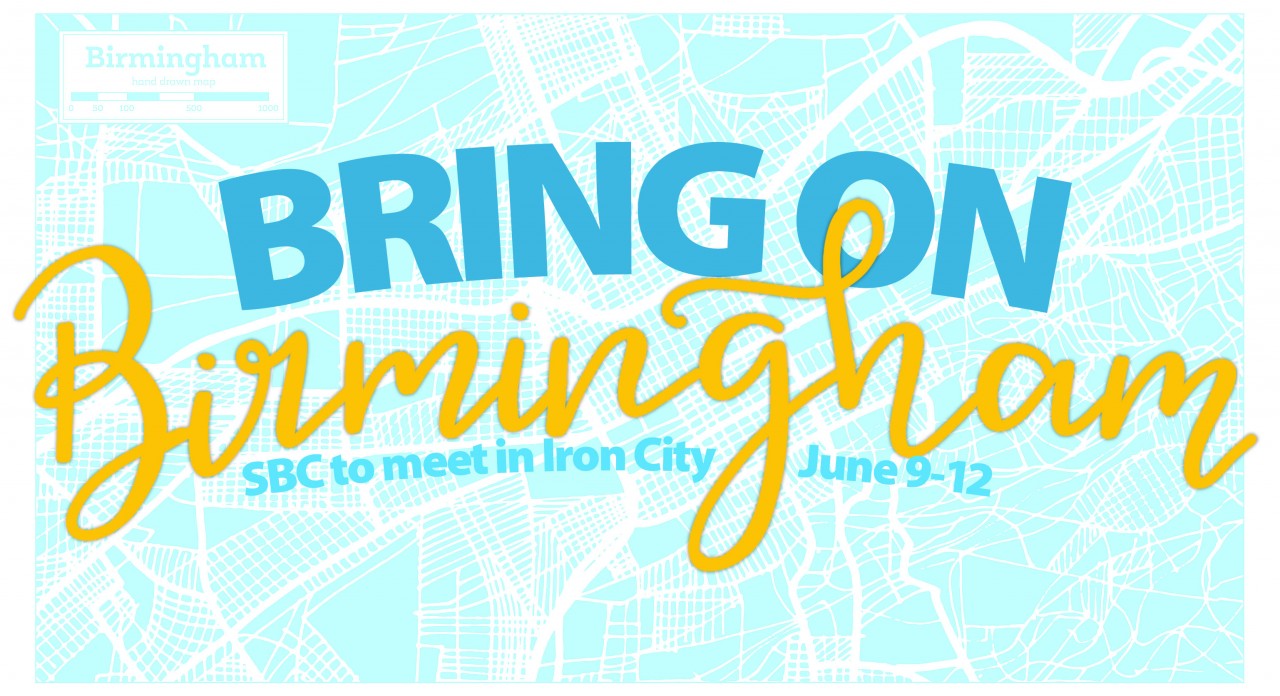 BIRMINGHAM, Ala. (BP)—Keeping the focus on the “Gospel Above All” theme is Southern Baptist Convention (SBC) President J.D. Greear’s main goal going into SBC’s annual meeting in Birmingham, Ala., June 11-12. 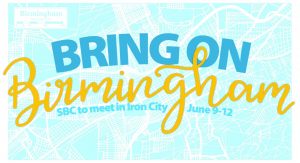 But following a year of transition among five SBC entities searching for new leadership and the convention responding to reports of sexual abuse, Greear noted there will be other issues demanding attention.

He acknowledged that confronting sexual abuse is among them.

“I look forward to seeing our convention continue in the unqualified declaration that we abhor abuse of any kind,” said Greear, who is spearheading a Sexual Abuse Presidential Advisory Study. “We will demonstrate this conviction with new processes—informed by Christian counselors, victims and victim advocates—that ensure not only that our churches and institutions are safe, but also that those who have been hurt experience the healing love of Christ.”

Southern Baptists, Greear noted, should not lose sight of “the only thing that can unite us and move us in mission —the Gospel.” He also will be promoting the “Who’s Your One?” evangelism campaign in partnership with the North American Mission Board (NAMB).

“Churches all across the nation have already gotten involved,” he said of the campaign, “asking every church member to identify one person in their lives that they can pray for, share the Gospel with, and invite to church. I’m excited to share stories and pray over these efforts at our annual meeting.”

Other personal meeting highlights, Greear said, will include the International Mission Board’s (IMB) Sending Celebration and a more streamlined program that will forgo any evening sessions. The meeting will also feature three panel discussions: “Undivided: Your Church and Racial Reconciliation;” “Gospel Above All: Keeping Secondary Issues Secondary;” and “Indispensable Partners: The Value of Women in God’s Mission.”

Ronnie Floyd, president-elect of the Executive Committee, also is looking forward to the meeting and helping lead Southern Baptists to tighten their focus on the Gospel.

“While I have been involved at every level of Southern Baptist life,” he said, “it will definitely be a great privilege to be there in my new role.

“I look forward to speaking to our Southern Baptist Convention about reaching the world for Jesus Christ,” he said. “I believe the time is now to prioritize, elevate and accelerate our pace to present the Gospel to every person in the world and to make disciples of all the nations.”

SBC Pastors’ Conference will center on the theme “Kingdom character” and feature speakers who exemplify the character traits noted in Matt. 5:1-16.

“We want (‘Kingdom character’) to be a needed reminder to all of us about the character of Christ-followers because we know our conduct grows out of our character,” said Wood, who is pastor of Birmingham, Ala., Shades Mountain.

Visit sbcpc.net for more information on the 2019 Pastors’ Conference.

A joint partnership of the Baptist Foundation of Oklahoma, Baptist General Convention of Oklahoma and Oklahoma Baptist University will host a fellowship gathering for Oklahoma Baptists attending the SBC Annual Meeting in Birmingham at The Southern Kitchen, 2301 Richard Arrington Jr. Blvd. N #300, at 6:30 p.m. on June 11. Those planning to attend must RSVP by June 7 at obu-sbc.eventbrite.com.

The “SBC Annual Meetings” mobile app is now live. The app will include a listing of speakers for the SBC Pastors’ Conference and SBC annual meeting, as well as the daily program schedule, daily events, exhibitor listing, convention center maps, interactive map of the exhibit hall, 2019 Book of Reports and more. Download the app on your mobile device by accessing the App Store, Google Play or by visiting app.core-apps.com/sbc_am2019. Daily updates will be made to the app leading up to the SBC annual meeting.

Attendees also can follow on Twitter @SBCMeeting, @BaptistPress, @SBCLife, @SBCCP, @SBCPastorsConf and @EC_SBC for the latest annual meeting updates. Many social media users will employ the hashtag #SBC19 and #SBCPC19 in their posts about the annual meeting and the pastors’ conference.

Prior to the SBC meeting, on Monday, June 10, the Ethics & Religious Liberty Commission (ERLC) will co-host with the Sexual Abuse Presidential Advisory Study a public conversation at 9 p.m. Greear initiated the study last year and is working with the ERLC to help congregations prevent sexual abuse and minister to survivors of such abuse. The June 10 conversation, “Sexual Abuse and the Southern Baptist Convention,” will be at the Birmingham-Jefferson Convention Complex.

Messengers gathering in Birmingham will consider a variety of recommendations during the annual meeting. Among them:

—a recommendation of an amendment to the SBC Constitution stating churches are not “in friendly cooperation with the Convention” if they “have evidenced indifference in addressing sexual abuse.” To take effect, the amendment would need two-thirds approval at both the 2019 and 2020 SBC annual meetings.

• Women attending the SBC’s annual meeting in Birmingham are invited to an SBC Women’s Session, a Ministers’ Wives Luncheon, and a women’s expo at the Birmingham–Jefferson Convention Complex.

This year, all women across the SBC are invited to participate in a “Women’s Session” at 9 a.m. on Monday, June 10, during the SBC Pastors’ Conference. The three-hour event, which replaces the former Pastors’ Wives Conference, will feature the newly launched SBC Women’s Leadership Network (WLN). The event is “a collaborative community of women from the Southern Baptist Convention family who long to lead in diverse ways to significantly impact the Kingdom of God,” according to the sbcwomen.net. The event is free, and no registration is required.

Tickets for the Ministers’ Wives Luncheon, which is open to all wives of pastors, church staff members, chaplains, missionaries and denominational workers, are $20/person and can be purchased online at www.lifeway.com/en/events/ministers-wives-luncheon.

• The IMB will host a missionary “Sending Celebration” Tuesday afternoon, June 11, during the SBC meeting. Attendees will hear testimonies from current IMB missionaries, as well as new missionary appointees.

• NAMB will host its annual Send Luncheon in the concert hall at the Birmingham-Jefferson Convention Complex at 11:45 a.m. on Monday, June 10. Attendance is free, but registration is required. Visit namb.net/events/send-luncheon-2019 for more information. 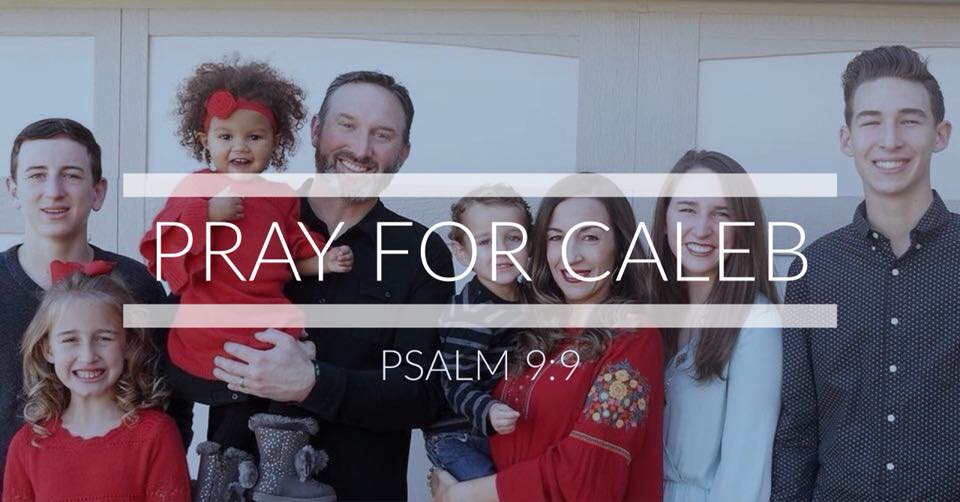