SANCTITY OF LIFE: Beware the distractions 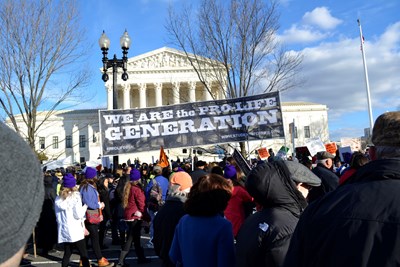 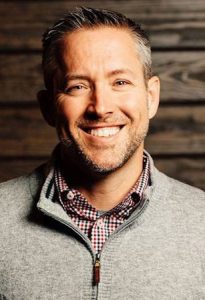 WASHINGTON (BP) — On Fri., Jan. 18 in our nation’s capital, thousands upon thousands of people will participate in the March for Life, the largest pro-life rally in the world. The march is built on the conviction that unborn babies are made in the image of God and, as such, they deserve the rights God has given to all people.

The conversation about abortion really should hinge on one question: Are the unborn human or not?

If so, then the reasoning behind the pro-choice cause falls apart. The arguments become “red herrings” — distractions that aren’t relevant to the issue at hand.

Here are some of the most common:

A. If you’re so pro-life, why do you only care about babies before they’re born?

This comes in a variety of forms, but the basic implication is that those who are pro-life are hypocritical: They say they don’t want women aborting babies, but they also won’t do anything to help those women or babies after birth.

For example, pro-choice advocates might say, “Are you willing to adopt all these unwanted kids you don’t want aborted?” The charge is both a logical fallacy and utterly inconsistent with the facts about pro-life advocates.

From the standpoint of logic, this is an attack on pro-life advocates, not on the pro-life view. If you imply that people aren’t truly loving, the honest person will say, “You’re right. I could do more.” But remember, it’s not an argument. The question of the humanity of the baby isn’t even addressed. It’s a red herring that diverts the discussion to moral judgmentalism. 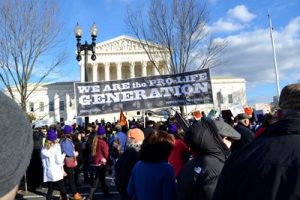 We want to promote a culture of life, and that means caring about life from the womb to the tomb. So if we aren’t caring for the poor and needy and marginalized among us, we need to repent. But that should never lead us to stop caring and fighting for the protection of the vulnerable and voiceless unborn.But this attack also misrepresents the facts. Pro-life Christians do care, and not just in a don’t-get-abortions kind of way. Pro-life pregnancy centers, for instance, far outnumber abortion clinics. They provide parenting classes, clothing and adoption services. Pro-lifers adopt more often than pro-choicers. And they give far more to charity than their pro-choice counterparts.(1)

B. Only women can speak on this issue.

This is often hurled at male pro-life advocates because the discussion touches on issues affecting women’s bodies, not men’s. But again, this is a logical fallacy: Whether it is right or wrong to intentionally kill someone depends on the person being killed, not the gender of the person making the argument. Remember: The central question is, “Is the unborn one of us?”

One appropriate response is to ask, “Which women?” What about the women who are aborted? Or the millions of pro-life women? “Women” don’t have one view on this. And, in fact, statistics show that women are more pro-life than men. Justice means speaking up for any who are voiceless, regardless of their gender or yours.

C. Shouldn’t we spend more time speaking out against the poverty system that creates the need for abortions?

There’s an element of truth here: Yes, we should work to fight the poverty that can create the despair that makes abortion feel necessary. But again, here’s the logical fallacy: Whether or not abortion is wrong is not contingent on the environment surrounding it. Imagine a slave owner in the South explaining why the economic system Northerners created demanded slavery. Even if that had been true, we’d nevertheless maintain that the practice of slavery was wrong.

D. If you don’t like abortion, don’t have one.

This argument stretches the limits of the word “like.” We’re not talking about a preference (“Don’t like Pepsi? Don’t drink it!”). We’re talking about people’s lives. I don’t oppose abortion because it violates some preference of mine; I’m opposed because I believe it ends human life.

To imagine how absurd this statement is, change the variables in it: What would you think if someone said, “Don’t like slavery? Well, don’t own a slave!” or “Don’t like sexual assault? Don’t do it!”

E. I’m personally opposed to abortion, but I don’t think we should overturn Roe v. Wade.

The question to ask here is: Why are you personally against abortion? Is it because you know it is the wrongful taking of human life? If that’s what you think, are you really willing to sit back and do nothing while innocent people are murdered?

Again, try applying the logic with different variables. Would people ever say something like this about child abuse? “I’m personally opposed, but let’s not get the law involved.” No! Why not? Because no one’s “rights” includes the right to harm someone else. If the baby is a child, our right to make choices does not extend to taking its life.

F. Abortion needs to be legal so that it’s safe for mothers.

The narrative surrounding abortion rights goes something like this: Back in the 1970s, women were dying by the thousands in back-alley abortions. Now with Roe v. Wade, women are much safer. They’re going to do it either way, so we might as well make it safe.

The truth of the matter is that maternal deaths each year between 1942 and 1972 had been in steady decline — from 7,267 to 780. And of those 780 deaths, 140 were related to abortion, including spontaneous abortions caused by miscarriage. So the idea that abortion was overwhelmingly common — but dangerous — simply isn’t true.(2)

What we can be sure of is that the death rate for babies in abortion procedures is 100 percent.

G. What about situations of rape or incest?

The number of pregnancies that arise from the tragic instances of rape or incest may be small, but they are nonetheless painful. Our hearts go out to anyone in this situation. For you, we recognize that this question is less of a red herring and more a reflection of a heart-rending situation. We grieve with you.

The heart of this question is about the way we respond to pain and tragedy. A woman in this situation may be saying, “This baby came to be through the most horrific event of my life. Why should I be forced to bear the burden of something that only reminds me of that pain?”

The answer, in brief, is twofold: First, it’s actually not healing for the mother to pursue abortion. When faced with tragedy, the most healing path forward is not to push away any evidence of the pain. It is to bring that pain to God, allowing Him to heal us.

Second, this objection, like the others, shifts the debate. We aren’t debating whether rape is heinous. We agree that it is and that it leaves deeply wounded victims. But is the child at fault for how he got there? How do we, as a civil society, treat innocent human beings that remind us of painful events? We don’t help anyone by harming one human simply because he reminds us of another human’s sin. The question, once again, hinges on whether the unborn are human or not.

No one is arguing against that. But does your right to your body include taking the life of another for the sake of convenience? Aren’t there competing rights at stake? What about the rights of the unborn child?

In the question of abortion, we also have competing rights — the right to privacy and the right to life. Are we going to follow Dred Scott and reduce people to property that can be disposed of?

The rights and safety of women are precious and important. But pregnant women aren’t the only people involved. And history will judge us — indeed, eternity will judge us — by how we respond to this moment. Will we turn a blind eye to violence because we value our convenience even more? Or will we be the people God has called us to be, defending the cause of the most voiceless people in society today?

I pray that the church would move forward with confidence that, regardless of the situation around us, God always defends the cause of justice. In the words of Abraham Lincoln: “I am convinced that the Lord is on our side in this great struggle, for the Lord is always on the side of the right; but it is my constant anxiety and prayer that I and this nation may be on the Lord’s side…. Lord, give us faith that right makes might, and in that faith let us to the end dare to do our duty as we understand it.”

(1) Much of the material in this section comes from Scott Klusendorf and John Stonestreet, 21 Days of Prayer for Life. 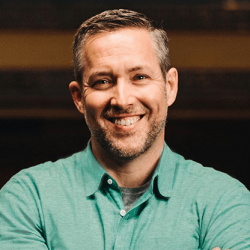 J.D. Greear is president of the Southern Baptist Convention and pastor of The Summit Church in Raleigh-Durham, N.C.

View all posts by J.D. Greear