Runners raise $6,000 for hungry during SBC

DALLAS (BP)—More than 200 Southern Baptists raised beyond $6,000 to feed the hungry by participating in the Global Hunger Relief (GHR) Run June 13 during the 2018 meeting of the Southern Baptist Convention (SBC).

Through registration fees paid by runners, the second GHR Run—which began at 6:30 a.m. on the second day of the SBC meeting in Dallas—raised about $1,000 more than last year’s inaugural run in Phoenix.

GHR is a partnership of seven Southern Baptist entities that collaborate to address hunger needs in the United States and around the world. The Cooperative Program’s support of SBC entities enables 100 percent of the gifts received by GHR to be used in hunger projects carried out by Southern Baptist missionaries and partners. Many churches give attention to the work of GHR, formerly known as the World Hunger Fund, on Global Hunger Sunday in October each year. 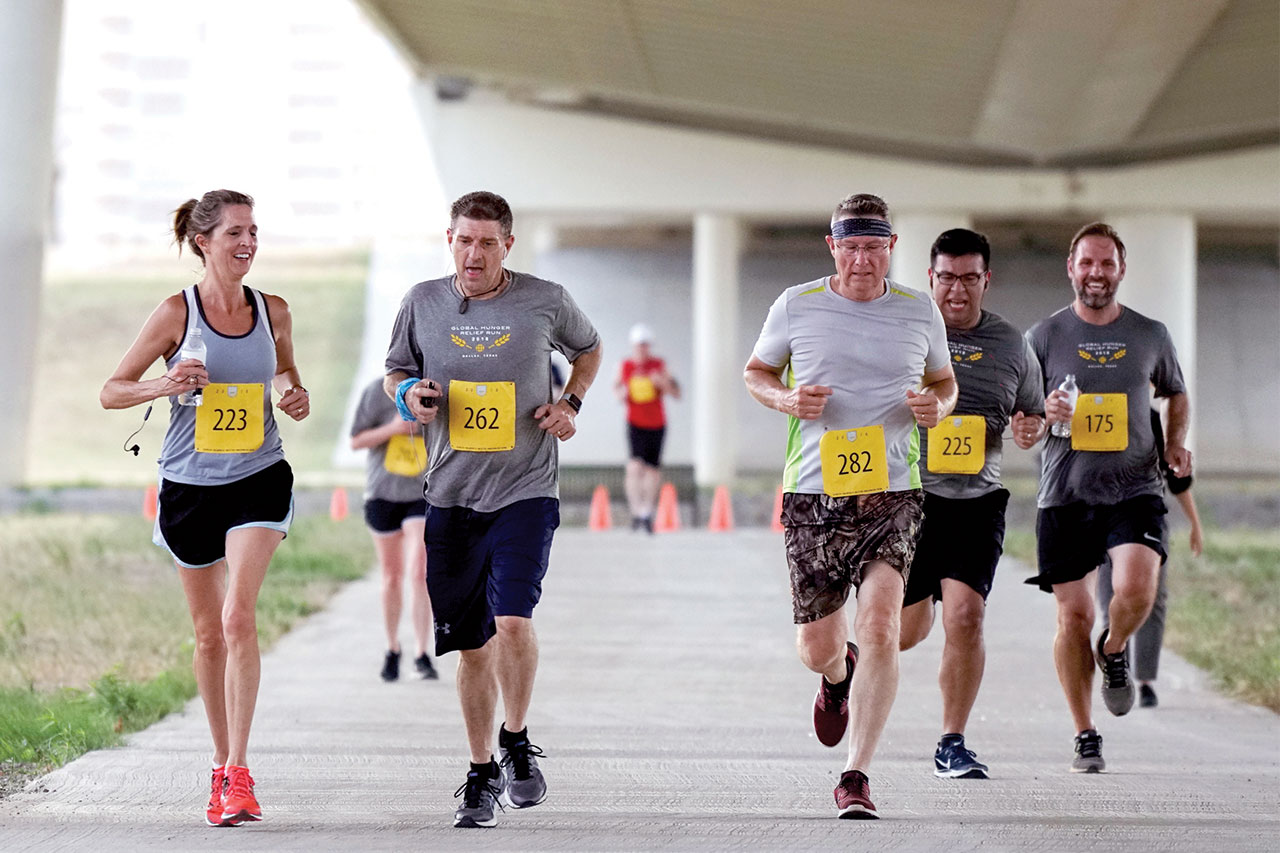 Christine and Chris Hoover, left, messengers to the Southern Baptist Convention annual meeting in Dallas, participate in the 2018 Global Hunger Relief Run prior to the event’s second day of meetings. [Photo by Lisa Martinat]

Southern Baptist participants in the run commended the collaboration exemplified in GHR, as well as the certainty the funds they provided would go to meet both physical and spiritual needs.
Jim Richards, executive director of the Southern Baptists of Texas Convention (SBTC), told participants before the run, “This is a beautiful example of how we work together as Southern Baptists.

“This is one of the areas where we enjoy being able to work with the North American Mission Board (NAMB), because they distribute funds back to the state conventions, and the Southern Baptists of Texas Convention is able to distribute funds to churches that are on the ground doing this kind of ministry—feeding the hungry and opening the doors for the Gospel,” Richards said before he ran.

GHR is “a means of meeting a physical need that enables us to bring (out) the spiritual needs in their life and to begin that conversation to share about the Lord Jesus,” he said.
Rachel Sperduto, a former missionary with the International Mission Board (IMB), said she knows “the money that we give to the Cooperative Program, to IMB and to (Baptist Global Response) goes to actually do the work.”

“So many other charities… bring in a lot of money, but it doesn’t necessarily actually go to anything that you would say, ‘Oh, well that’s really ministry,’ or ‘That’s really helping people.’ And so I feel confident that when I give money to these organizations that money is going to go where I want it to go,” she said before the race.

Sperduto is a member of Wheatley, Ky., Dallasburg First, where her husband Tim is pastor. Their children—Isabella, 16, and Elijah, 14—joined her in competing in the 5K (3.1 miles) race. A one-mile fun run also was held. 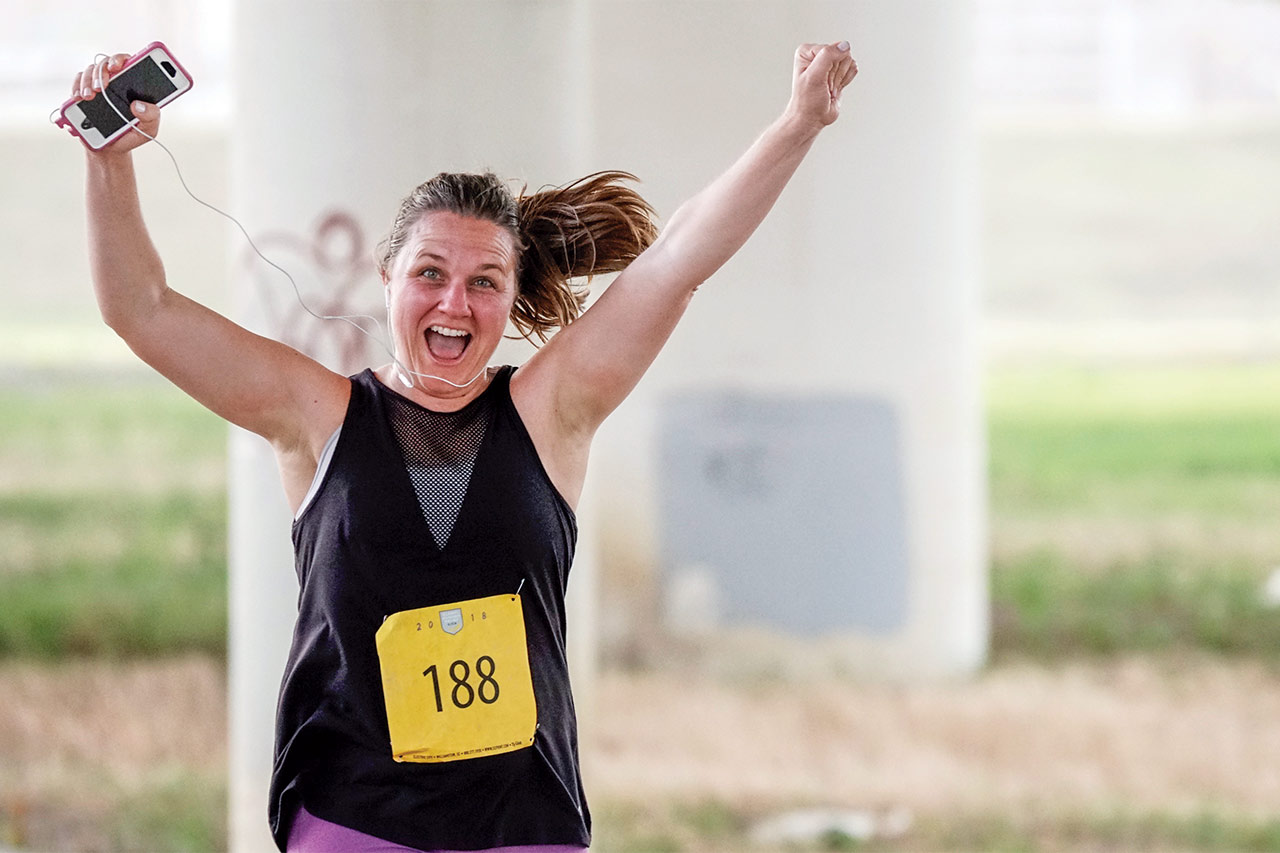 Emma Compere, 16, of Minot, N.D., took the top spot among female runners with a time of 22:47.2 and crossed the finish line 11th overall. Her father, Robert, a former Southern Baptist pastor, is a NAMB-endorsed chaplain at Minot Air Force Base.

Last year internationally, GHR resources helped more than 606,000 people and impacted more than 2,000 communities, according to the annual report. In North America, GHR helped provide 14 million meals and recorded about 14,000 professions of faith in Christ.

Eighty percent of GHR funds are used overseas through the work of IMB and BGR. NAMB distributes the other 20 percent of the money with the supervisory help of the Baptist state conventions.
The GHR national partners are the IMB, NAMB, BGR, Ethics & Religious Liberty Commission (ERLC), SBC Executive Committee, LifeWay Christian Resources and Woman’s Missionary Union (WMU). They seek to keep Southern Baptists aware of the international hunger situation and to alleviate hunger through feeding programs in this country and around the world.

The Cooperative Program, the convention’s unified giving plan, eliminates any need for hunger funds to be used for administrative, fundraising or promotional costs. In addition, food distribution channels already exist through IMB and NAMB.

The 5K and fun run were held at Trinity Skyline Trail in Dallas.