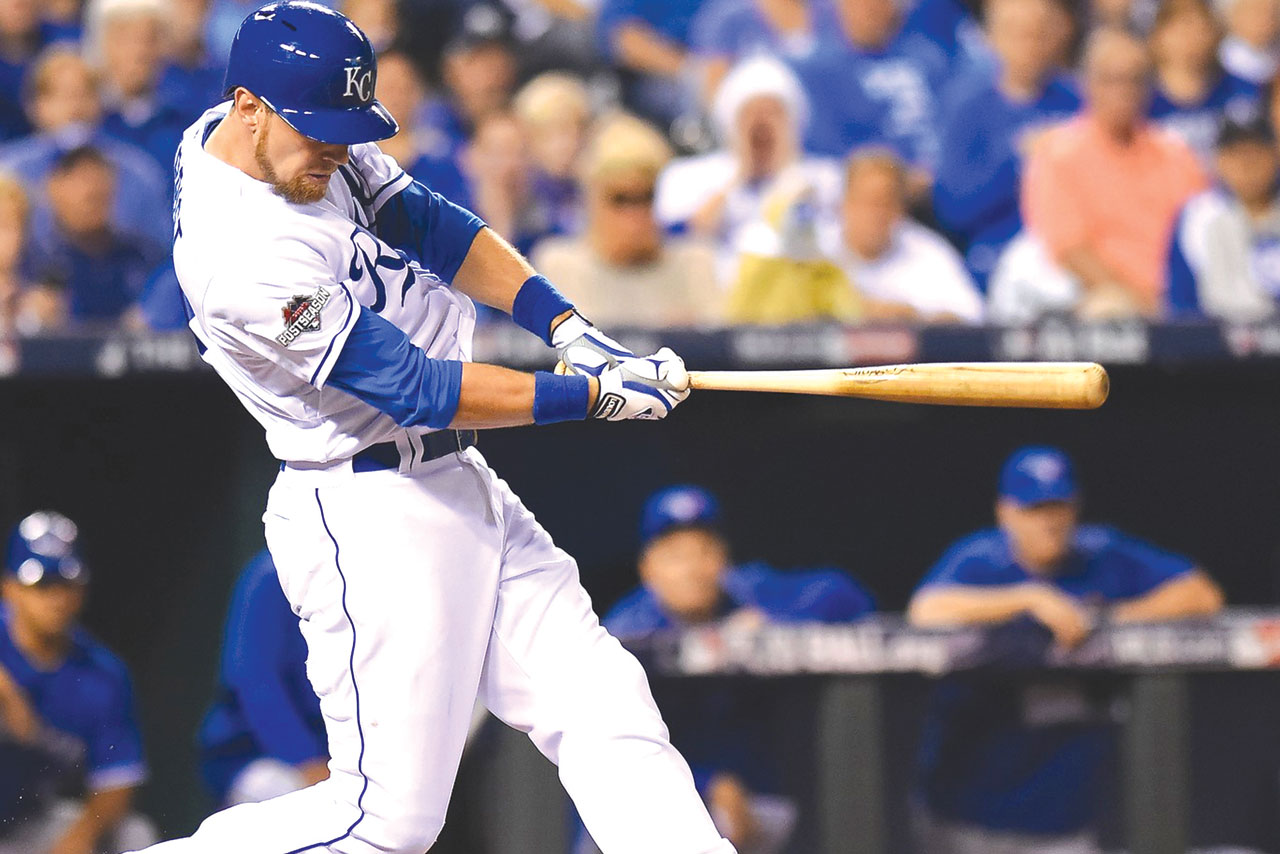 KANSAS CITY, Mo. (BP)—Ben Zobrist has proven his value on the baseball field to the Kansas City Royals. In Game 4 of the American League Championship Series, Zobrist homered off Toronto pitcher R.A. Dickey in the top of the first to give the Royals a quick 2-0 lead, sparking a four-run inning in a blowout 14-2 win.

Two games later, Zobrist again went deep in the first inning to give Kansas City a quick lead, setting the stage for a clinching 4-3 win over the Blue Jays and a World Series berth.

Highly coveted throughout his career for his versatility, Zobrist also brings a consummate professionalism and veteran presence to the team’s clubhouse. More important to him, however, is the influence for the Kingdom of God that he has on his teammates.

“Ben, by virtue of the providence of God, has ended up being a missionary in a very difficult mission field of professional sports,” said Byron Yawn, senior pastor of Nashville, Tenn., Community Bible, where Zobrist and his wife Julianna are members. “Ben deeply values those connections he has with people, the relationships that he has.”

Zobrist, son of a pastor in Eureka, Ill., became a Christian as a child. In high school, after realizing that sports held too prominent of a place in his heart, he recommitted himself to the Lord. After a collegiate career at Dallas Baptist University, Zobrist spent most of his professional career with the Tampa Bay Rays, making the American League All-Star team twice and playing in the 2008 World Series.

A trade after the 2014 season sent him to Oakland. Kansas City acquired Zobrist in a mid-season acquisition this year, and he offered the Royals what he has brought to teams throughout his career—a little bit of left field, a little bit of third base, a little bit of right field—before settling in at second base down the stretch.

“Like anybody else who goes and does their job, there’s a way to do your job with excellence,” Zobrist said in an interview with the Florida Baptist Witness. “You want to represent Christ well with doing your job, first and foremost, because that’s what you’re there to do.”

For Zobrist, family is a major part of his life, whether it’s his wife and kids, his baseball family or his church family. Ben and Julianna have two kids, with a third child due just days after the World Series ends.

Even with Zobrist on the road so much for his job, the couple has made a commitment never to be apart for more than six days at a stretch —which means that Julianna and the kids spend a fair amount of time traveling with him or hanging out at the ballpark.

“There’s not a question within anybody’s mind around the Zobrists, and especially Ben, that his family is an incredibly tight unit, and a major, major priority in his life,” Yawn said.

His teammates are another of Zobrist’s priorities, and his positive attitude and approachable spirit in the locker room make him a unifying force with the team. He often prays for his teammates and engages them in conversations about the Gospel, and Yawn said he’s able to do this because of the respect he has earned as a steady and solid leader.

“The consistency of the godliness of his life is a natural attraction to a diversity of personalities on the team,” Yawn said.

Even though his job requires him to be absent from his church family for much of the year, Zobrist stays connected as much as he can to Community Bible. He listens to podcasts of the sermons, and different church members make it a point to stay in touch during the season, keeping him abreast of all that is happening, providing accountability and letting him know that he isn’t forgotten, even when he isn’t in attendance.

“We try to view Ben somewhat like we would a salesman who has to travel throughout the year and be gone a majority of the time, where we accommodate this season of his life,” Yawn said. “Of course, his spirit is such that when he’s done with baseball, we know exactly where he’ll be.”