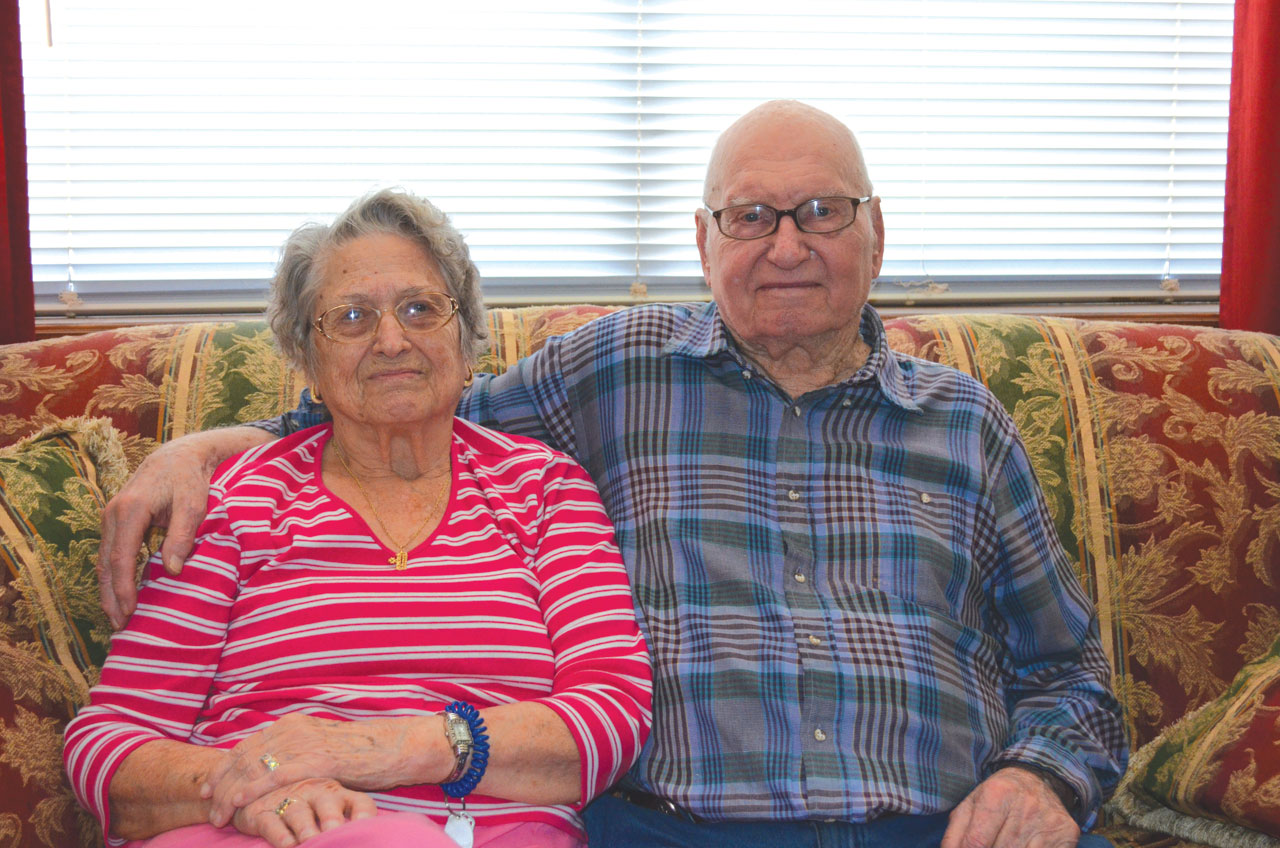 They may have served on different “fronts,” but Paul and Caroline Cole each did their part in helping to defeat the Axis powers during World War II.

Paul, who will be 96 years old on Nov. 9, and Caroline, four years younger, were married on July 22, 1942, a little more than seven months after the Japanese plunged the United States into the war by attacking Pearl Harbor, Hawaii on Dec. 7, 1941.

A Kansas City, Mo. native, Paul was born on Nov. 9, 1919, adopted by an Oklahoma farm/ranch family and raised in Haileyville. He had joined the 45th Division’s 179th Regiment for a one-year hitch just more than a year before Dec. 7, and suddenly found his one-year commitment stretched into a three-year enlistment. Two weeks after saying, “I Do,” he was shipped out of Fort Sill and on his way to Africa via France. His route then took him to Sicily, Italy, France again and eventually into Germany.

“Guys like me who had signed up for a year were getting ready to get out in late 1941, but then the war happened, and that changed right quick,” he said.

Assigned to the 72nd Signal Company, Cole was among a group of men whose job was to go in early when an invasion was staged and provide communications for the units making the landings. When his ship arrived and landed on the North African Coast, he was the first American to step off the ship and onto African soil.

“I was the first American soldier to hit Africa,” he beamed.”

Meanwhile, Caroline, a native of Krebs, found herself alone as a newlywed.

“There weren’t a lot of us women who didn’t wait and went ahead and got married,” Caroline said. “Then when Paul left, I had a sister who lived in Chicago, and I wanted to get away from the farm in McAlester. We worked hard on the farm.

“My sister wrote and said International Harvester  (IH) was hiring women because most of the men were going into the service. So I went up there and lived with her for more than three years and got a job while he was gone overseas.”

Caroline said IH made parts for the war effort.

“Mostly I was an inspector,” she said. “I started out inspecting little screws they used to put parts together. It doesn’t seem like much, but if the screw wasn’t made right, the piece of equipment wasn’t going to work right, and that might have meant that a soldier or sailor might have lost his life.

She said the jobs weren’t hard, although all the close work affected her eyesight.

“It was close work, and I went there with perfect eyes, but after a few years of looking down all day long at those screws and gauges, I had to go get glasses,” she laughed.

When the war was over, the Coles stayed in Chicago for a short time, but eventually moved to Dewey, where Paul worked for National Zinc Co. until he retired.

They then moved to the Baptist Village in Oklahoma City to be close to two of their children, and they “like it very much,” Caroline said. “It’s nice here.”