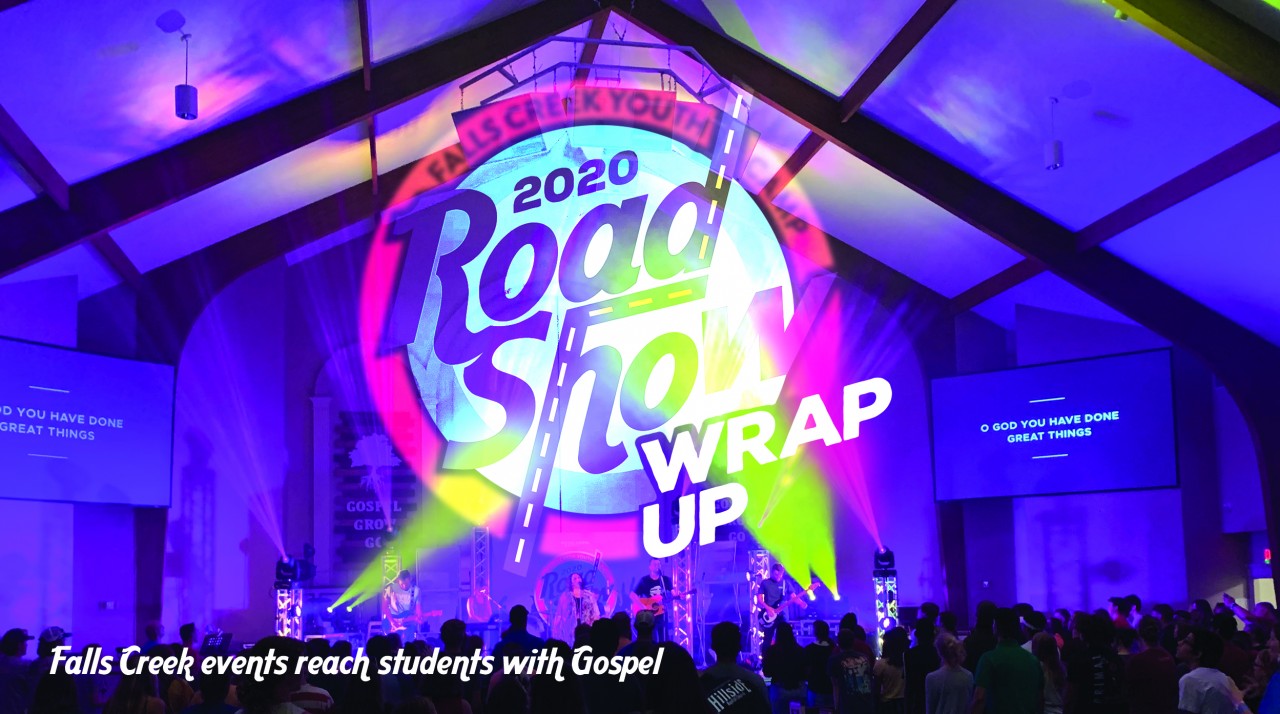 Even when the greatest plans cannot happen, God can still make Himself known.

The summer student weeks at Falls Creek Baptist Conference Center is an annual occurrence when Oklahoma Baptists work together to advance the Gospel. However, this annual occurrence did not happened as planned this year. 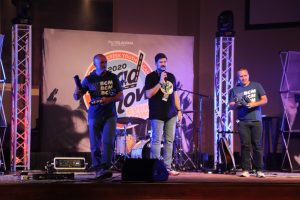 Instead, God worked through a different event that was quickly planned yet done in the spirit of a Falls Creek experience. Fourteen Falls Creek Road Shows made Falls Creek become regional, as the events made stops in different sections of the state.

“I thought the whole Road Show experience was really positive on a number of levels,” said Todd Sanders, Falls Creek program director. “All of us coming together as Oklahoma Baptists made a well-rounded event a success.”

Sanders credited associational leaders and church leaders who worked with the many Oklahoma Baptist partners, including Baptist Collegiate Ministries (BCM) and Oklahoma Baptist University (OBU), for the great results from the Road Shows.

“From my seat, I couldn’t be more pleased with people’s investment and involvement,” Sanders said. “Everyone was willing to make something like this happen.”

Sanders reported 426 total decisions were recorded from all 14 Road Shows. The decisions included 120 professions of faith in Christ, 107 calls to ministry and 199 other spiritual decisions. Total attendance for all 14 Road Shows was 3,240 students, church leaders and Oklahoma Baptists ministry partners.

“We wanted to platform the Gospel and offer an invitation,” Sanders said. “We also wanted to offer students an opportunity to connect with missions and ministry.”

Sanders said what helped students answer the call to ministry was hearing Caleb Freeman’s testimony. The 19-year-old, along with his father Jeremy Freeman, pastor of Newcastle, First, shared how he miraculously recovered from a severe car accident in December 2017.

“Through all of these (presentations), we have seen many students express that they feel called to some kind of ministry,” Sanders said.

‘No matter what happens, the Gospel doesn’t stop’

Sanders was pleased with how many students responded during the Road Show. He said the events did not observe a conventional invitation time, like what would be done during a Falls Creek camp week. This was changed in order to maintain social distancing protocol due to COVID-19 precautions.

Instead, church leaders counseled students with their church groups, and the leaders turned in decision cards to student ministry partners. 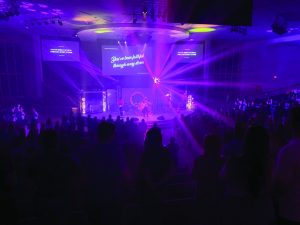 “The important work happens after the event as our churches help these students sort through these decisions and help them grow through them,” Sanders said. “It’s encouraging to see that because when we proclaim the Gospel, we offer an invitation, and students respond. It’s just a powerful reminder that no matter what happens, the Gospel doesn’t stop. We can’t do camp the normal way, but we can still proclaim the Gospel, and when you do that and offer an invitation, people will respond.”

Falls Creek Road Shows were a result of making contingency plans. Back in March, when the pandemic was beginning to affect the whole country, Sanders and other group leaders, as well as Hance Dilbeck, executive director-treasurer for Oklahoma Baptists, and members of executive leadership group began planning what to do if the Falls Creek summer weeks could not be observed.

“Dr. Dilbeck presented the idea of the Road Show, and that is what stuck,” Sanders said. “I don’t think we referred to it necessarily as ‘Road Show’ at the time or even knew what that meant.”

On May 18, Oklahoma Baptists made the call they didn’t want to make, which was not to have Falls Creek at camp. Leadership started planning how to do Road Show, as well as offer Virtual Falls Creek for interested church groups. Virtual Falls Creek, Sanders said, includes group Bible studies, sermon and worship set videos, breakout video content and other resources to help churches have a student camp event. Resources are still available to do Virtual Falls Creek at oklahomabaptists.org/fallscreek2020.

“Within a week, we had a lot of details laid down with locations, production, staging and personalities,” Sanders said. “Again, this is a testimony of the fact that people were willing to jump in no matter what and say, ‘Yes, let’s do it.’”

Through the middle of June, leadership worked on finalizing the Road Show, making sure churches and associations were ready to host. Sanders also made sure each event was responding properly to COVID-19 and reopening protocols.

One special segment that happened at each Road Show featured a video with messages to graduating high school seniors from well-known Oklahoma Baptists and Falls Creek personalities.

“I wanted to find ways to make the Road Show more meaningful for graduates,” Sanders said.  During a regular camp week, an emphasis is made with BCM and OBU for graduates, preparing them for their next step in life.

Through the 14 Road Shows, participants gave $6,662.76 to a missions offering which supports Baptist Global Relief efforts with Venezuelan refugees. The offering also will support GoStudents mission projects in 2021.

What others are saying about Road Show 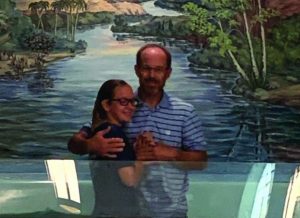 Miranda, left, was baptized on Aug. 2. She made a profession of faith in Christ at the Road Show in Hardesty.

“The Road Show was amazing,” said Joshua Henderson from Westville, First. “It meant so much to me and my students. We had several students who want to rededicate their lives to Christ, get baptized and even one profession of faith.”

Joey Zodrow of Collinsville, First said, “The Road Show was absolutely fantastic! It was exactly what our group needed to lift us out of the doldrums of the pandemic. Thank you so much for making these tour stops happen.”

Mike Luster, pastor of Minco, First, attended the Road Show at Lawton, First with his two high school daughters. “We all thoroughly enjoyed it,” Luster said. “My girls said, ‘It was so good to worship with my peers.’ As a dad, I appreciated worshiping Jesus with my kids.”

Sanders concluded, “The Road Show sums up what we are as Oklahoma Baptists. It’s God’s people doing God’s work, being faithful, willing and cooperative. A project like the Road Show provides an example of this.”