Rite of passage: Your house 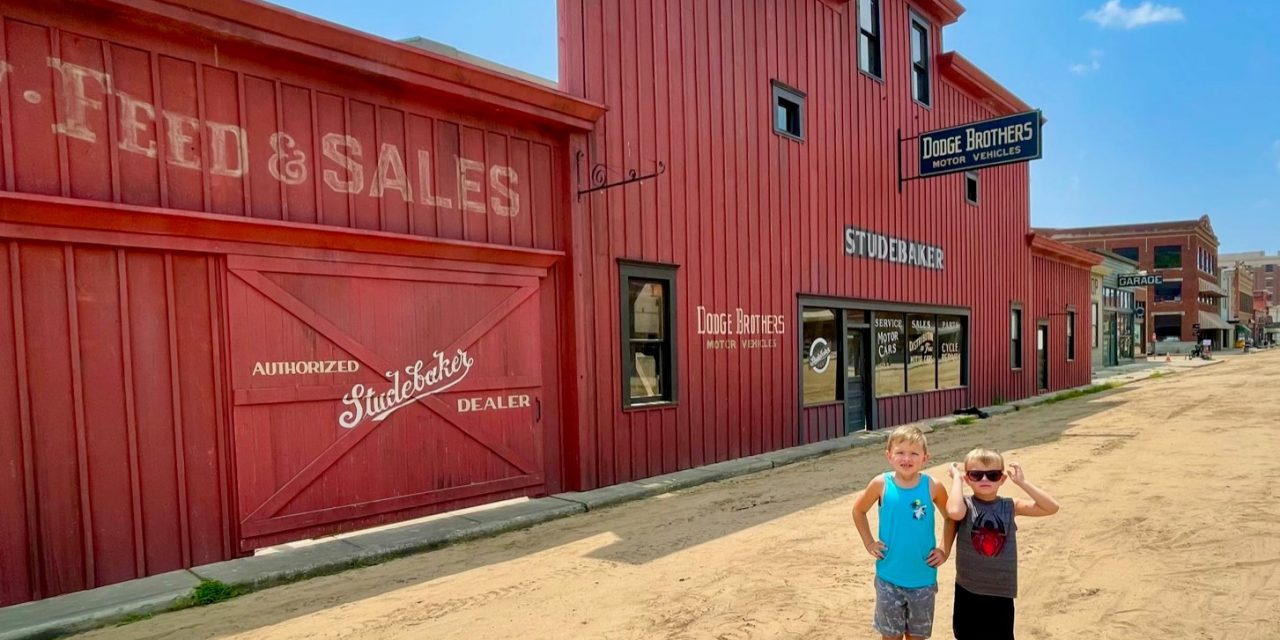 In just a few weeks, two-thirds of the Yada Hoodies will be heading back to school. It has been a weird summer. For the first third, we had constant rain, and it was cold. For the second third, we were looking at COVID-19 as it resurfaced, and for the final third, it was constantly over 100 degrees.

Knowing time was running out to have fun with 7-year-old Titus the Honorable and 5-year-old Cohen the Goodhearted, Grammy and I decided to take them to visit the town of Pawhuska. It is just a little over an hour away from us and is famously known for Ree Drummond, also called the Pioneer Woman.

This blogger, author, food writer, photographer and television personality renovated an old mercantile building in downtown Pawhuska where you can buy more than your share of doodads and eat some incredible food. Her mercantile is so popular it now averages more than 6,000 visitors a day, up to 15,000 during spring break. That’s remarkable when you consider the entire population of Pawhuska population is only 3,345. 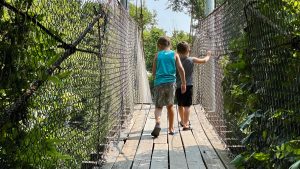 We decided that, first, we would take the boys to visit the Swinging Bridge of Pawhuska. When it was built in 1926, it was the only way you could cross Bird Creek to get into Pawhuska. It’s a great place to take your grandchildren because it’s free. Seeing the old, rickety boards will make you think twice before you step out onto it. It swings and sways with each step. I am not a drinker, nor have I ever been drunk, but I felt like a drinker trying to walk across. It does have a high fence on both sides, so you don’t have to worry about losing a child or a spouse. But if you are afraid of heights, this might not be for you.

Did I mention you can cross back and forth as many times as you want? Did I mention it was free? The only problem is that it can be hard to find, even with Google’s help. The Yada Hoodies and Poppy loved it; Grammy decided she’d had enough swaying for one day.

“We would like to go to your house,” came the answer.

“Let’s see what else there is to do here first.”

So we visited a memorial to veterans, where a self-propelled M-107 tank is parked in front of a huge American flag. The Yada Hoodies climbed all over it, playing like they were driving and shooting its guns. Once again, it was free.

Next to the Memorial was the Osage Trail, where little boys (or little girls) can enjoy hiking and exploring. The Yada Hoodies got excited when they thought they had discovered an undiscovered Native American Trail. I didn’t have the heart to tell them that some people just cut across the trail so they don’t have to walk around the entire park.

“We would like to go to your house,” they said again.

“Let’s see what else there is to do here first.”

The day before, they had just finished filming a Martin Scorsese film, “Killers of Flower Moon,” there in Pawhuska (see top photo). We visited the movie sets, walked down the dirt road and looked at the old buildings until security came and sent us away. Once again, it was free.

“Let’s see what else is there to do here first.”

Next, we visited a museum. I have never met a 5- and a 7-year-old who love museums as much as these two. There are several in Pawhuska, and I asked them which one they wanted to visit.

With the Yada Hoodies, you don’t need a tour guide. They will identify each item and tell you the story behind it.

“You see that tomahawk?” Cohen asked.

“It belonged to a young boy. He used it to kill his first bear. And you see those Native American clothes? That’s what he wore when he killed that bear.”

My wife asked him, “Did you see that on television or learn that in school?”

The stories continued through the rest of the museum.

When the day is over for this old missionary and Jesus asks me, “What would you like to do next?” I will tell Him, “I would like to go to your house.”