Rite of passage: Wonders of my world 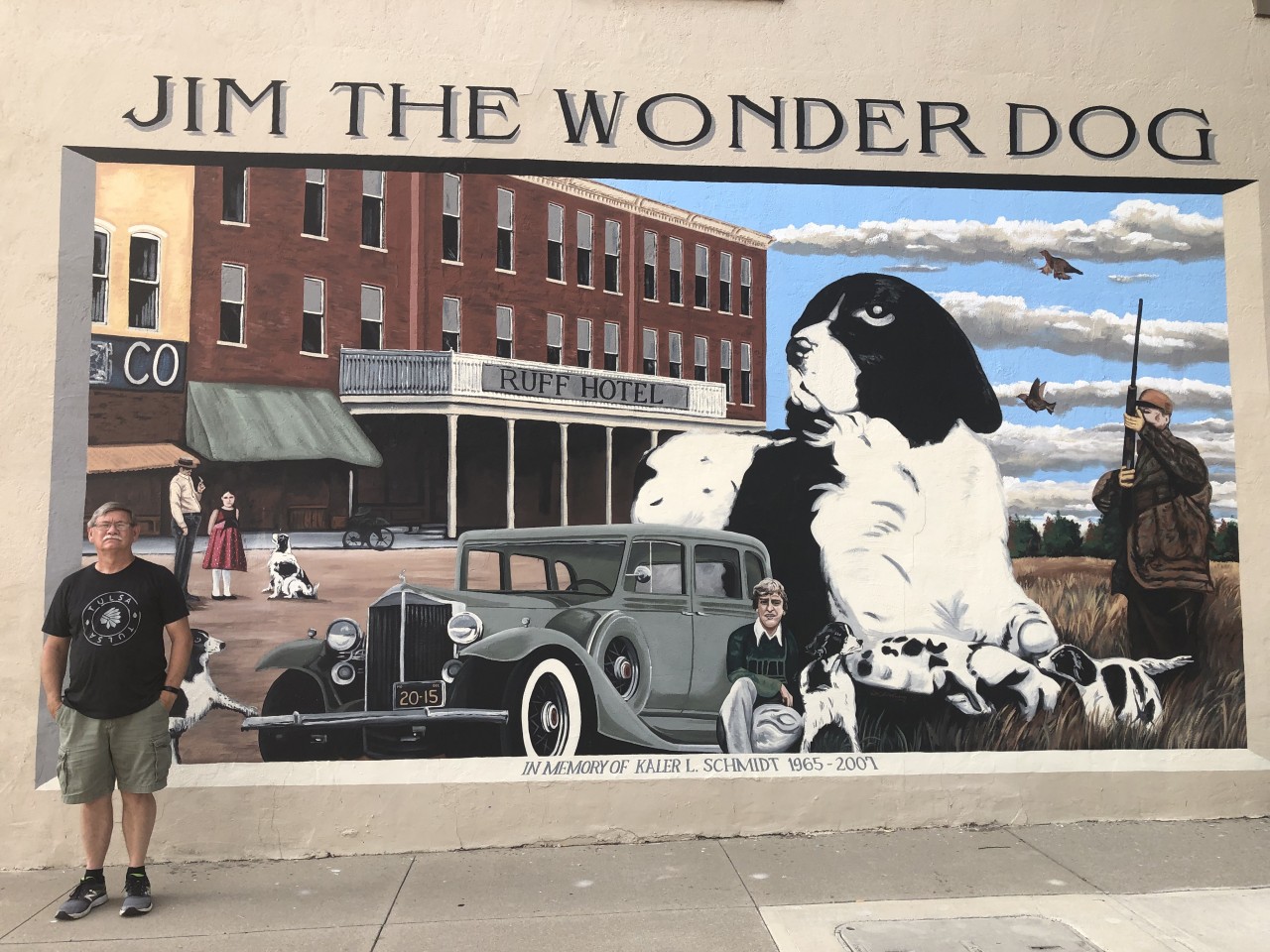 Recently, I took an unusual tour. It wasn’t a tour of a world-famous site, unless you think “Jim the Wonder Dog” is one of the wonders of the world. Jim was a Llewellin Setter who lived in my hometown of Marshall, Mo.

Jim was famous not because he could do tricks but because he could understand what you were saying. If you ordered him to pick out the man who worked in the hardware store, he would walk through the crowd and stand before the man he believed fit this description. Sure enough, he would pick the right person.

Jim is even listed in the “Guinness Book of World Records.” If you would like to know more about him, Google “Jim the Wonder Dog.” Side Note: There is a memorial park off the town square in Marshall that contains a statue of Jim the Wonder Dog. A brick with my grandparents’ names on it lies in front of the statue; they grew up with Jim.

I took my son Jeremiah on a tour of my younger years. I wanted him to know the places I have lived and worked in my life. We started out in Warsaw, Mo., where my great-grandparents and family are buried. I had never been to their gravesites. It was my great-grandfather on my mom’s side of the family who came from Ireland to settle in America.

Then we went to Jim the Wonder Dog’s memorial and on to my parents’ and grandparents’ graves. And we continued to the places where I went to kindergarten, elementary school and high school. I shared memories with my son at each place.

Next, we went by the home where I spent my elementary school years. Our home was out in the country; we had a long driveway, and there was a lot of land between the houses. I don’t know how it happened, but the drive has shrunk, and the houses are now closer to each other.

We pulled into the driveway of this home, and a lady came out and went into the garage. I wanted to talk to her, but I hesitated, so my son started to back out. When she came outside again, I asked my son to stop.

Leaning out of the car, I yelled, “Ma’am, may I ask you a question?” I explained to her that I grew up in the house, but I wanted to know one thing. “Is there still a cellar underneath the house?”

I went on to explain to her that one year, I was in the fourth or fifth grade, and school had just gotten out for the summer. My dad sat my brother and me down and gave us a shovel, a pick and a wheelbarrow and told us we had until school started again to dig out a cellar underneath our house.

We dug a ramp from the block foundation out into the backyard. It had to be deep enough for our parents to walk down and underneath the house.  We started filling that wheelbarrow and hauling out dirt.

Eventually, the hole got so deep that we tied a wire handle to the front of the wheelbarrow. One of us would pull, and the other would push to get the dirt out. By the end of the summer, we had made one square hole. The homeowner told me she had to get her children to dig it out more. I guess it wasn’t as big as I thought.

I know it wasn’t the Great Pyramids of Egypt or Jim the Wonder Dog, but for me, it was the eighth wonder of the world. My brother and I dug that hole 58 years ago, and it is still in use, with a slight modification by the current owners.

Before I get too excited about that hole, I must remind myself not to get too attached to earthly things. It is the unseen things, the things I allow God to do in and through me that will last forever: the people God has used me to impart truth to, the people I have led to the Lord or the churches I have started. One of these days, that house will be gone; the hole will be gone; my school will be gone. But wonder of all wonders, the things God has done through His willing servants will last for eternity.