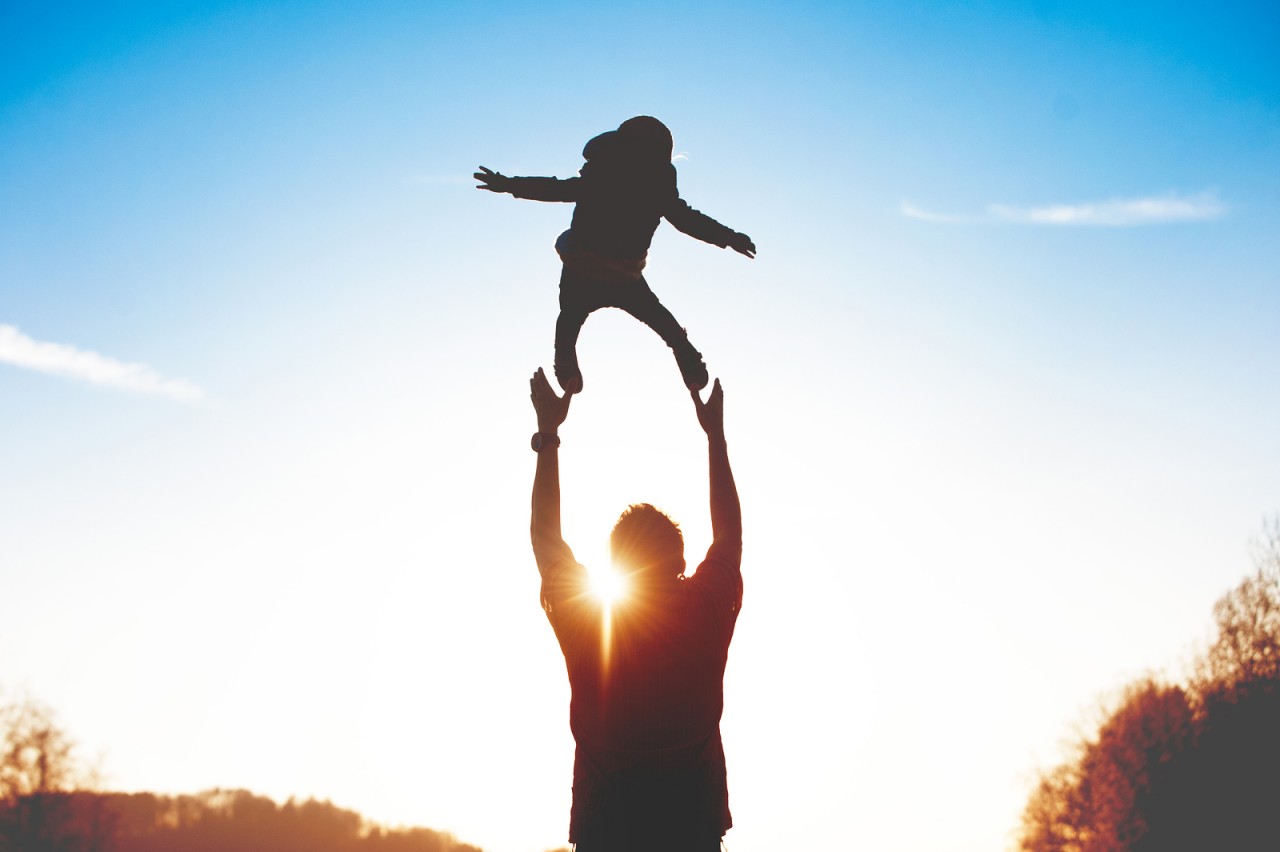 My biggest fan in my house is my one-year-old son named River. Whenever I come home from work, he screams with excitement and reaches out with both arms for me to pick him up.

He’s usually in a good mood, but if he seems tired or cranky, I have one trick that is a guaranteed way to cheer him up. I grab him under his arms and toss him as high as I can into the sky. As soon as he realizes that he’s about to be launched, his whole face lights up, and he squeals with joy. To really get him giggling I throw in a 180-degree spin mid air, but I can only do that when mom isn’t looking.

The other day while I was tossing him in the air I wondered why he wasn’t scared by this action. If someone threw me in the air that high, I would be screaming in fear, not laughing with delight. Even if they were big enough and strong enough to do it, I would still be terrified.

I think he is not scared because he has never been dropped. You and I have a lifetime of hurt behind us. We’ve been “dropped” many times by many different people. In your life, people you love have let you down.

It has happened so often that we have learned to distrust others. We know that the people who love us have good intentions, but they are not perfect, so eventually even our closest friends will let us down at some point.

We see this distrust we have developed over a lifetime show up in politics, relationships and even in our work atmospheres. We look ahead toward good times, but we also look back to make sure nobody is sneaking up on us.

I want to have the kind of joy my son has when he is flying through the air, but I can only have that if I have never been dropped. This is why I love this verse from Isa. 41:10, “Do not fear, for I am with you; do not be dismayed, for I am your God. I will strengthen you and help you; I will uphold you with my righteous right hand.”

God has never dropped me. I have run from Him, betrayed Him, lied to Him, but He still held me in His arms. The world seems to be falling apart, and we can get scared that everything is up in the air. On the other hand, we can realize that God is there to catch us.

This week, trust that God is there to catch you. We are called to find strength and joy even in difficult times because we don’t have to give into the fear of being dropped. God has got you.