Rite of passage: What’s in a name? 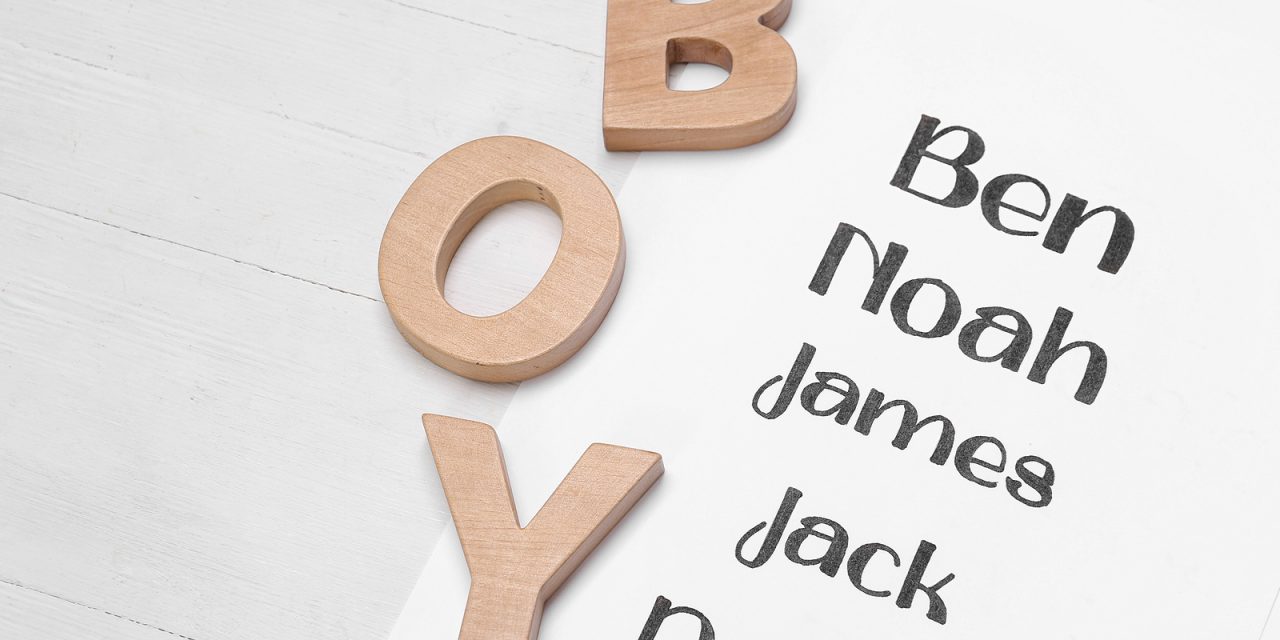 I’ve written on this topic before, but some of you who weren’t yet “great with child” may not have read it. So, I’ll repeat myself: Spend plenty of time praying about your child’s name.

Naming your children is one of the most important things you’ll do in their lives. God never intended names to be cute or funny. Adam’s naming of all the animals in the Garden was his first act of lordship or mastery over them.

Throughout Scripture, God uses names to cast character and purpose. When He named His only begotten Son, He did not leave the task to the whims of man. Instead, He sent an angel to make the announcement: “She will give birth to a son, and you are to give him the name Jesus, because he will save his people from their sins” (Matt. 1:21).

Two things happened here. As Jesus’ Father, God (not Joseph and Mary) named the child as an act of lordship. And when God announced His Son’s name, He attached a purpose to it.

After I graduated from college, my wife and I moved to Quitman, Texas where I served on the staff of Quitman, First. While there, I heard much about one of the town’s most famous citizens, “Big Jim” Hogg, former governor of Texas. The rumor went that he had two daughters, “Ima” and “Yura.”

The governor had only one daughter (his other three children were sons). But the unfortunate part of this story is that he really did name her “Ima” Hogg, short for “Imagene.” To downplay the humor, she spent the rest of her life signing her first name illegibly. She had her stationery printed simply “I. Hogg” or “Miss Hogg.”

The governor and his wife weren’t alone in giving their child a foolish name, though. Here are some actual names parents gave their children: Chris Cross, Dee Zaster, Hazel Nutt, Artie Choke, Robyn Banks, Justin Case, Dan Druff and Rusty Nails. Names like this point to the parents’ cuteness or cleverness, not to God’s purposes for the child’s life. I remember when Johnny Cash’s famous song came out about “A Boy Named Sue.” We all loved the song . . . all except Sue.

On a recent mission trip, I asked a number of the students about their names: how they got them, what influenced their parents’ choice and what their names meant. Most knew few of the answers to these questions.

God has many names. He loves to tell about them because they speak of His character. At least one of His names remains a mystery, though. In Revelation, John tells us Jesus will have a name “written on Him that no one knows but He himself” (Rev. 19:14).

Yes, the Bible takes naming seriously. In the Old Testament when one country captured another, the captors often renamed their captives. Have you heard the biblical story of Hananiah, Mishael and Azariah? When they were captured, the chief official Aspenaz assigned them Chaldean names. The three became known as Shadrach, Meshach and Abednego. You recognize them now, don’t you?

I have written before about a student who served with me on the mission field in Mexico. He had a wonderful, meaningful name, but somehow, he attached a negative connotation to it. Every time I called him “Michael,” he flinched and responded with a sullen “What?”

I bought him a leather bracelet adorned with the words “Michael Paul.” I sat down, looked him in the eye and told him he was a person of worth and value. I said, “I don’t see you as ‘Michael.’ Instead, you are more like a Paul.” I then explained the Pauline characteristics I had observed in his life. “As long as you serve with me, the team and I will call you ‘Michael Paul.’”

You’ve never seen such a turnaround. Within a week, Michael Paul walked with confidence and led the team with certainty. To this day, he’s not the person he used to be. What changed his life? The power of a new name.

Mom and Dad, God holds you accountable for the way you name your child. If you can’t do it well, I pray He sends angels to help. Since names cast a child’s character or purpose, don’t name your son ‘Babylon’ or your daughter ‘Jezebel.’ And should you desire to recast the direction of a young life by renaming your child, ‘Bubba’ is not an option.

Connecting their name to a character trait can guide them in the future. Now you know why I call my grandsons Titus the Honorable, Cohen the Goodhearted and River the Peacemaker.